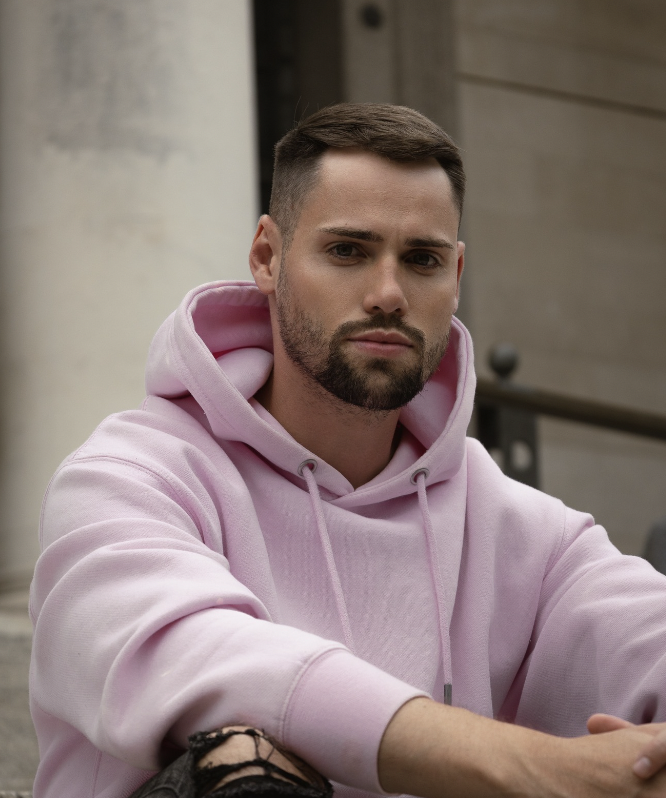 If people asked TV’s serenading sensation SJ Hill who he could compare his music to, he’d answer American singer-songwriter Justin Timberlake, since the artist’s music inspired SJ to create the music he loves today, and, naturally, the majority of his followers compare him as the younger version of the multi-billboard winning phenomenon.

Although flattered, SJ strives to be authentic and develop his music in the industry, recognizing that he still has some way to go to break into new continents of listeners. And what better way to do it than to combine stylizations from the 90s and modern music in one standout track?

This year, SJ returns with his second follow-up single of 2022, dropping “Strongest Feeling” on all major streaming platforms.

In “Strongest Feeling,” SJ shares part of the credit that made it a compelling song with Lynise Esprit and Chris Duffy, who originally wrote the song back in the 90s.

“Lynise asked me if I could sing on it, as he wanted a more modern sound and twist on the track to revamp it. They also allowed me to write on the track, which was a real honor,” SJ told us.

He added that the project took a whole two years to make, so he’s, of course, excited to finally have it out there for the world to hear. SJ’s main inspiration for amping up the song was to bring in R&B and commercial-pop elements, similar to that of his biggest inspirations spanning decades. To do that, he listened to Justin Timberlake and old-school R&B favorites to understand their style before adding it into the mix himself.

In listening to SJ, you can hear inspiration from the likes of Luther Vandross, Stevie Wonder, and Paul Young; all whilst highlighting that recognisable welsh-lilt, glorified by Sir Tom Jones himself.

Much like his first song, “Tell Me,” SJ strived to maintain consistency with his music with “Strongest Feeling” while following a theme for the song.

Yet a follow-up single isn’t the only output audiences can expect from SJ Hill over the next year. He also plans to release an EP with eight to nine tracks. The target date is by the end of the year or early in 2023.

“The EP will consist of old and new songs and a few different versions of tracks. The ones already out on Spotify will be on the EP, too, as they are signatures to who I am as an artist,” SJ said.

He also has future collaborations with other artists, but SJ remains focused on his solo career until he feels he has built up enough of a following to warrant such a larger-scaled project.

With a clear and undoubted dedication to authenticity, combined with a deep love for meaningful music and its inspiration on his work, it’s only a matter of time before the world hears this artist’s name again and again.