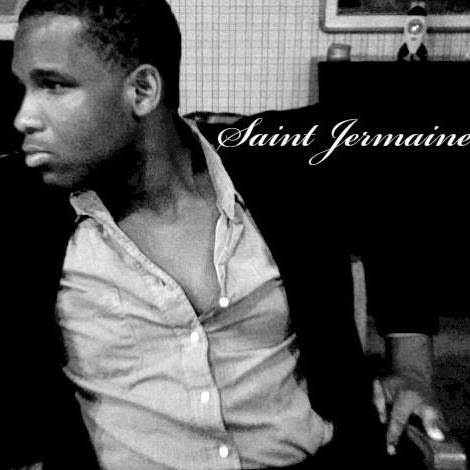 Saint Jermaine Endeley is likely the most humble entrepreneur you will ever meet. An entrepreneur and business leader, Saint currently serves as the CEO of West Africa Securities, INC. an international private equity firm. He founded his first company in 2014 and since then has been responsible for overseeing over 10,000 deals with financial institutions. Amongst all the success, Saint owes his humble attitude to his African-American heritage.

“However, like many other African-American Entrepreneurs, I live a humble, modest, and frugal lifestyle everyday. I have many theories on labor, money, and the economy. I fully believe that one should not live a life solely based on money, do not try to force the universe into your life plan, try and take things one step and one day at a time. Be glad everyday you wake up because it is another chance to rinse and repeat,” Saint outlines.

Saint cites his family and heritage for much of his success. Notably, he calls upon his grandfather, a British trained civil engineer, and his father, a U.K. trained international solicitor, as two of his biggest motivations to get into business. Together, they gave Saint the early foundations of business savvy, and introduced him to his first big interests in banking, government, and the performing arts. Despite these early introductions and supports, Saint says he really didn’t start following his dreams until he was 30, just this past summer, when he finally made the big decision to make a career about the interests he was truly passionate about.

“The biggest challenge when starting a business is taking your idea or concept from point A to B. I believe talent is everywhere because every human is an individual and unique with something positive to offer the Earth; however, opportunity is not everywhere,” Saint says.

This belief is carried into the work of West Africa Securities. As CEO, Saint makes it his mission to identify talent and centre new opportunities around it.

“Using unique experience, resources, and gifts from God that not every other person may or may not have been blessed with, I am able to pay it forward. An investment in talent has a guaranteed return on investment in the long-term with a good business model,” Saint outlines.

Focusing on personable talent and potential is something that Saint has been fortunate enough to do often in his field of work. In fact, it was the ability to create jobs and economic growth that brought him to private equity in the first place.

“In my line of work, I’m inspired to build meaningful relationships that do not always depend on money or transactions. I wanted to become a leader and influence life and culture in a positive way for humanity, and private equity gives me this opportunity,” Saint says.

Although private equity is full of opportunities and great possibilities, Saint admits that negative elements, such as fear, are still a part of everyday life, even in his industry. He sees something like fear as natural – it is, after all, due to one’s brain chemistry. Saint sees this as an individual challenge – something that places limits on your ambitions, and places doubt and anxiety on your mental well-being. His method of counteracting fear, however, is simple.

“My approach to fear is faith. Whenever fear naturally occurs in my train of thought, I use faith and prayer as a tool for healing. Praying is very good for a human’s mental health. When you use logic & reason to have an interactive conversation, most times the result is the elimination of fear and other negative energies,” Saint explains.

From now until the end of 2020, Saint will be focusing his energies on finalizing a plan for the development of Stapleton Waterfront site A in Staten Island, a project being developed by the Department of Housing & Preservation and the City of New York. The mission of the firm closely aligns with the philosophy of West Africa Securities, so the partnership was a perfect arrangement.

“The firm aims to support the City of New York in making Stapleton Waterfront site A the most prolific and progressive affordable housing development in New York City history. We plan on using our financial capacity to compete and negotiate the most equitable deal for the residents of Staten Island who have been waiting for affordable housing for generations,” Saint says.

To follow this project and many more, make sure to check out West Africa Securities at their website.

How Straight Up Growth Turns Growing Brands Into Market Leaders