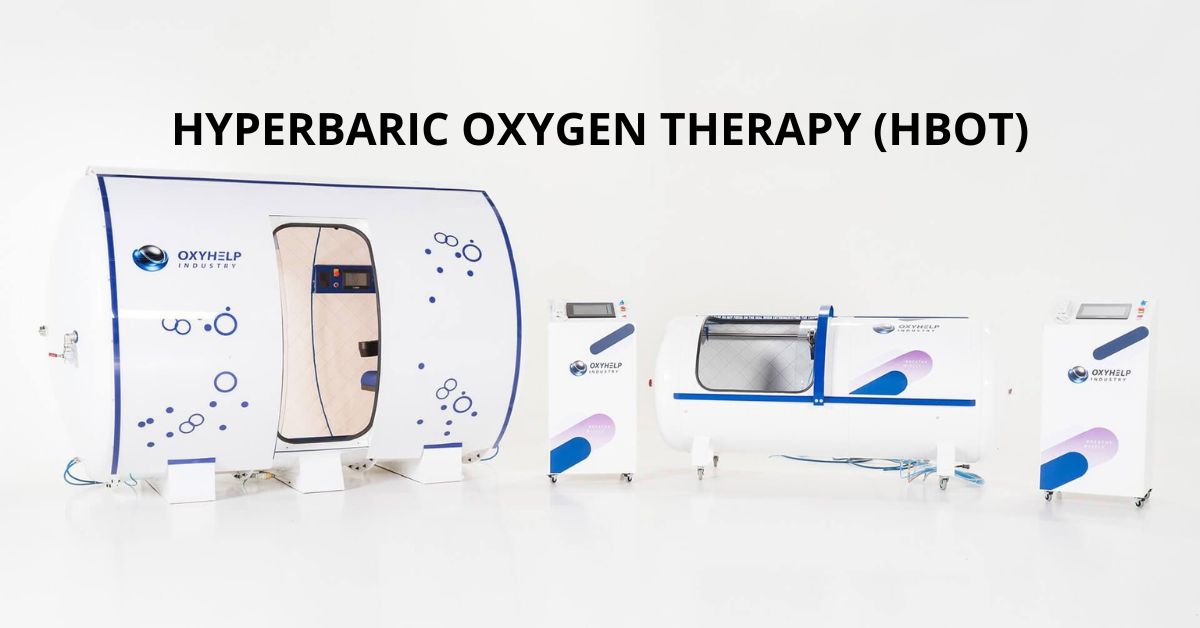 The term Hyperbaric is derived from two words, hyper means “Increased” and baric means “Pressure.” The literal meaning of Hyperbaric Oxygen Therapy (HBOT) is to provide the body with increased oxygen in pressurized air. Our body tissues require an adequate amount of oxygen for normal functioning.

Our body’s lungs gather more pure oxygen in this pressurized environment. It helps the body tissues to function more efficiently and promotes the stimulation of growth factors, ultimately the healing process.

Throughout the years, researchers continued looking at HBOT, leading many physicians to push forward and look at other conditions from which HBOT may benefit.

Hyperbaric oxygen therapy is carried out in a pressurized vessel called a Hyperbaric Chamber. It is a closed vessel, which may be rigid or flexible, in which the user inhales an increased oxygen concentration under high air pressure. There are various designs and sizes of the chambers according to the need. It has also been conveniently designed in flexible form for home usage.

European industries manufacture the main structure of the chamber; however, other components like oxygen concentrators are from the USA, Japan, Germany, and Spain.

Hyperbaric chambers have been divided into two categories according to the number of users they can aid.

Monoplace HBOT chamber is a big vessel that holds only one user at a time. The chamber looks like an MRI machine. The user lies down in a see-through chamber controlled by the monitoring system from inside and outside.

A Multiplace HBOT chamber can simultaneously hold more than one user. The users sit in the chamber, and a hyperbaric technician accompanies them to perform the procedures. The process is pretty much the same.

HBOT chambers are divided into two main types according to the vessel’s construction. Their oxygen delivery and effectiveness vary due to the difference in design and size. The comparison of both are given as follows:

Hyperbaric oxygen therapy is more of a preventive device than a treatment. The  pressure in the chamber is two to three times higher than normal air pressure. Under these conditions, your lungs can gather much more oxygen than breathing pure oxygen at normal air pressure. The increased oxygen supply helps the body to fight bacteria and promotes healing.

When tissue is injured, it requires even more oxygen to survive. Hyperbaric oxygen therapy increases the amount of oxygen your blood can carry. With repeated scheduled treatments, the temporary extra high oxygen levels encourage normal tissue oxygen levels, even after the therapy is completed.

6. BENEFITS OF HBOT IN DAILY LIFE:

The researchers have proved HBOT as an excellent natural healer in our daily life. Instead of taking medications, we can accelerate our body’s healing naturally. HBOT was only seen in hospitals in the early times, but now it can be seen in gyms, spas, skin centers, chiropractors, and massage centers. Its endless benefits have included it in our everyday life.

Hyperbaric Oxygen Therapy plays a significant role in optimizing athletic performance and recovery of athletic injuries. HBOT accelerates sports-related and post-surgery recovery, enabling the athletes to get back to the field faster. It helps the athletes in

Hyperbaric Oxygen Therapy sessions have a powerful detoxification effect on the body. Skin is the largest organ, and toxins in your body show up as blemishes and discolorations. HBOT removes these toxins for the system to look and feel rejuvenated and healthy.

HBOT heals the body from within. Oxygen supports the immune system, activates the defense system against toxic substances, and sustains the growth of new cells. The HBOT chambers supply this oxygen efficiently to help the body systems from within.

HBOT has many encouraging results in preventing some medical conditions. It is a natural accelerator of oxygen concentration that helps the body to avoid some significant disorders. It can accelerate the healing process of many medical conditions such as

HBOT chambers have exceptional performance but should be used according to some protocols. It helps to keep a safe boundary between the risks and human health. HBOT has a safe controlling system that allows users to set the required concentration according to the prescribed body requirements.

Therefore, use the device according to these protocols for good results:

These chambers are safe, and complications are rare; still, exceeding the limit of the process or concentration can put you at risk.

The Nursing Shortage: How Bad Is It? Overture Offers a Solution