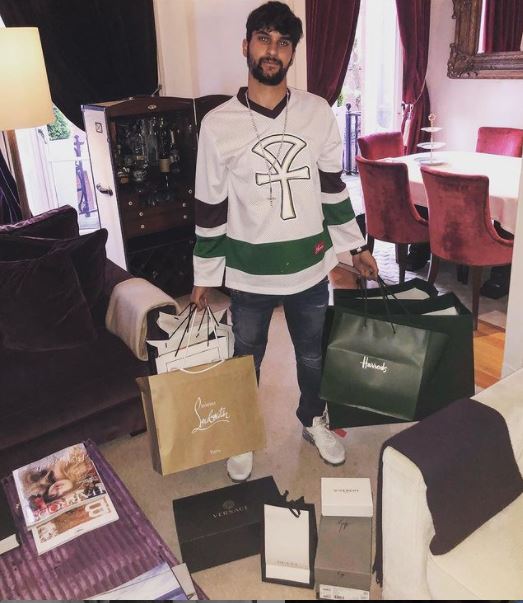 The first step towards anything is often the hardest, but for Lord Ivan, his passion for music has always been his driving force. He began producing music at a young age and has kept at it through every stage of his life.

Being in the luxury real estate industry, an investor, and avid art collector, Lord Ivan is the definition of holding on to your passions even as you pursue other things in life. Music, to him, is a way of connecting with people from all cultures of the world.

Lord Ivan has been interested in value creation his whole life, having started multiple businesses since a young age. He is now working to expound this by venturing into the world of real estate, where Lord Ivan has made his entry into the luxury real estate space to help clients find luxury properties worldwide.

He is extensively traveled and understands the industry well. He also has vast knowledge in the world of investing, having bought his first stock at the age of 12 and studying Warren Buffet’s teachings in his free time.

Where does music fit in Lord Ivan’s life?

Lord Ivan is a man of many facets. He has had a passion for music and art all his life. He is passionate about producing music, songwriting, and performing. He is also an art collector and fashion enthusiast.

House scenes in Europe have influenced his music. He was a DJ who made house music in high school. With some of his songs becoming popular, he created more music and even expanded his music portfolio.

Even with his foundation in house music, Lord Ivan also set his sights on hip-hop rap style beats. He enlisted the help of his rapper friends. While in college, he began producing rap beats for his friends. He would then freestyle with his friends at hangout sessions and parties.

At this point, he then reached out to major players who could assist to put his name on the world map. He has delivered hit singles – “Pull Up” and “Chips” that many people love. His largest performance, however, came in the way of opening for 3-time Grammy Winner Nelly. This caught the attention of fans, the media, and major players in the music industry.

His journey in the music industry has been a gradual growth that has culminated in him working with platinum producers, as he is looking at making major releases soon. He has also had his tracks played at major clubs like Jimmyz in Monaco and VIP ROOM in St. Tropez.

Related Topics:Lord Ivan
Up Next