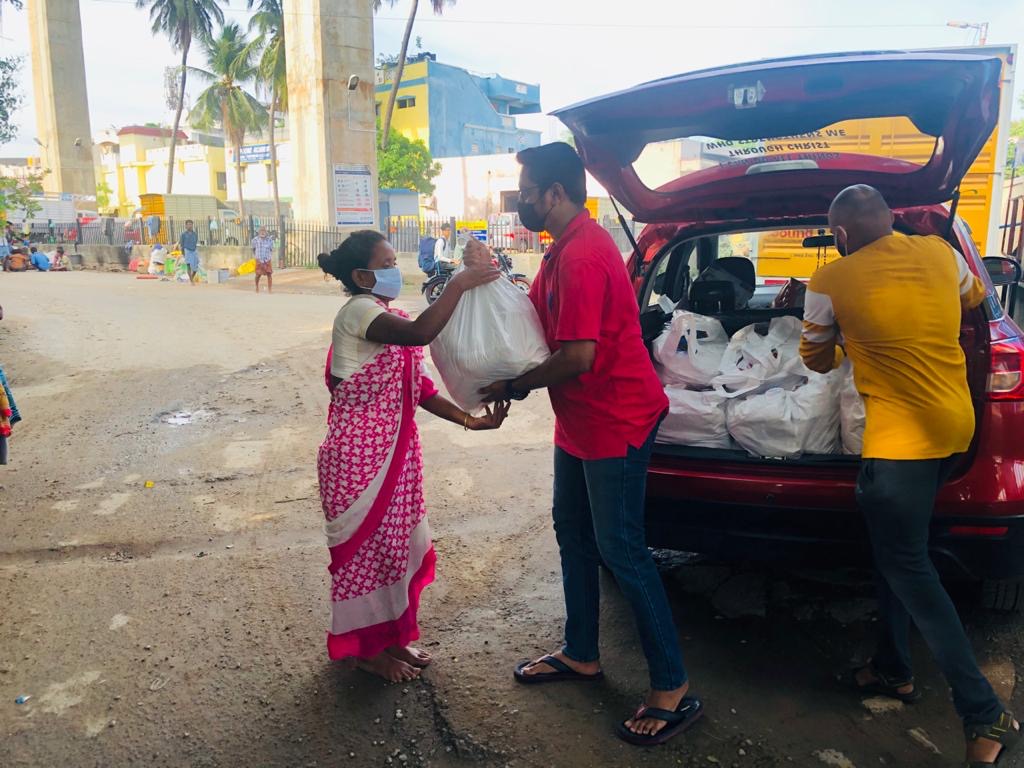 Illumine Industries, a renewable design and engineering firm, recently initiated a unique COVID-19 relief scheme in a bid to widen the reach of its community efforts.

Earlier this month, the firm paid forward its employees a sum as a part of a distributed relief plan. Each of them was then urged to use their share to help the needy in their localities as they deemed fit.

“The announcement could not have come at a better time,” said Agnes, Assistant Manager, Talent Acquisition. “Indeed, each of us had been doing our bit to help those in need, but this initiative gave us a spring in our step to make an even bigger impact.” Recalling how she spent her share, Agnes continued, “I joined forces with a few colleagues of mine to feed a bunch of homeless people from the city.”

Agnes’ wasn’t the only heartening story. Lead Design Engineer, Vanitha Narayanan also had a touching tale of her own to share. “The pandemic had been particularly harsh on the less privileged ones in my village,” she conceded. “With many even struggling to get hands-on daily essentials, I decided to lend a hand by purchasing sufficient rice with the money and distributing it among the people.”

The story recounted by another design engineer, Vishnu Priya, wasn’t any less heart-warming. “I approached an NGO called the Headway foundation that had been actively involved in distributing food among roadside dwellers. With the wholehearted support from my firm, I donated quite a fair share to their noble cause.”

Vignesh Varshan, a Market Research Analyst at the firm, also did something noteworthy. “My team and I reached out to an NGO reeling under the impact of COVID-19. With our timely aid, we were able to keep the kids living there properly nourished.” Thrilled on seeing the happy faces of the kids he helped feed, Vignesh now aims to get involved in more social welfare programs moving forward. He even credits the firm for inspiring him.

It all began with the initiative, planned and executed by Nitish Sairam, CEO of Illumine Industries. Shedding light on how it came about, he said, “As an individual, my reach is limited. To touch the lives of more people, we needed a far-reaching model. This was the prime motive behind launching such an initiative. The terrific response it generated proved we were right to go ahead with the idea.” he added.

Illumine Industries is a sustainable living firm with expertise in design and engineering, specializing in Power and Construction Engineering services. The company supports the development of renewable power plants (Solar PV), energy-efficient buildings with state-of-the-art construction methodologies, clean transportation, and cutting-edge agriculture and manufacturing technologies. Since its inception, ILLUMINE-i has grown both horizontally and vertically, performing new services and expanding its clientele across the globe.

Related Topics:Illumine Industries
Up Next