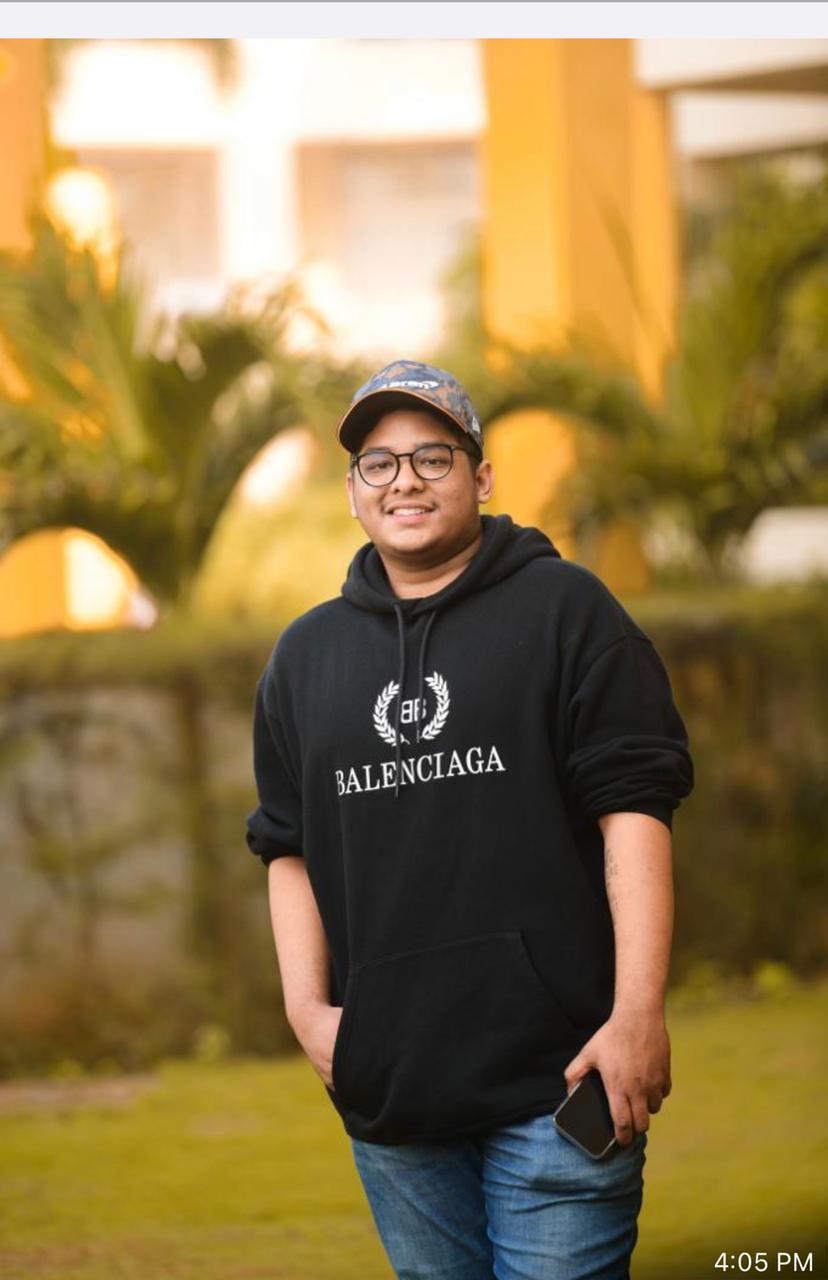 Anmol Dash, 18, from Bhubaneswar, has set his sights on making the world his own. He has an unmatched drive and passion – with which he has made big strides and compelled everyone to drop what they’re doing and take note of him as a force to look out for and reckon with. He has spent a lot of time training both his understanding and grasp of the technical aspect of singing as well as his vocal prowess and capacity. His ability to sing any song from any genre is wondrous if one didn’t know about the years and years of determination and practice behind them.

He started contributing to his family business a few years back and with his insight and efforts, it has reached new heights and continues to grow and prosper. The Dash family also believes in giving back to society and regularly organizes blood donation camps and manages an orphanage. As a child also he was very fond of singing and he grew up learning to sing and the different techniques for improving his voice. He is naturally gifted and he did not have to work very much on this. His favorite starts include Atif Aslam and Arijit Singh. They are a true inspiration for him because he wants to become like them someday, gaining a lot of fans because of their talents and outstanding qualities. With this positive outlook toward life, he is surely going places. Just like he has performed in a lot of concerts for colleges, and won many prizes too, he is going to have greater opportunities in the near future.

We reached out to Anmol Dash to hear his story in his words and he told us, “I’ve been an ambitious and driven person from a very young age – I still am young, but even when I was a child my parents would tell me that I’m very determined, always getting my way and carving out my path. I think this streak is going to be with me for a long time, as I have so many big plans – some already in motion, and I am going to keep giving my best and chasing after my dreams.”.

Describing himself as a “bit of a car nerd” Dash told us that he has an interest in cars as well as the sports of tennis and basketball- a love for all things fast and adrenaline pumping! While he is ambitious and efficient no one can say he’s reckless and rash in his approach- Dash has time and time again shown that he can maintain a calm composure in the face of all troubles. With his ingenious acumen for business and passion, nothing can stop him.

Related Topics:Anmol Dash
Up Next

BEST OF THE UNDERGROUND : BEASTLYSLIME