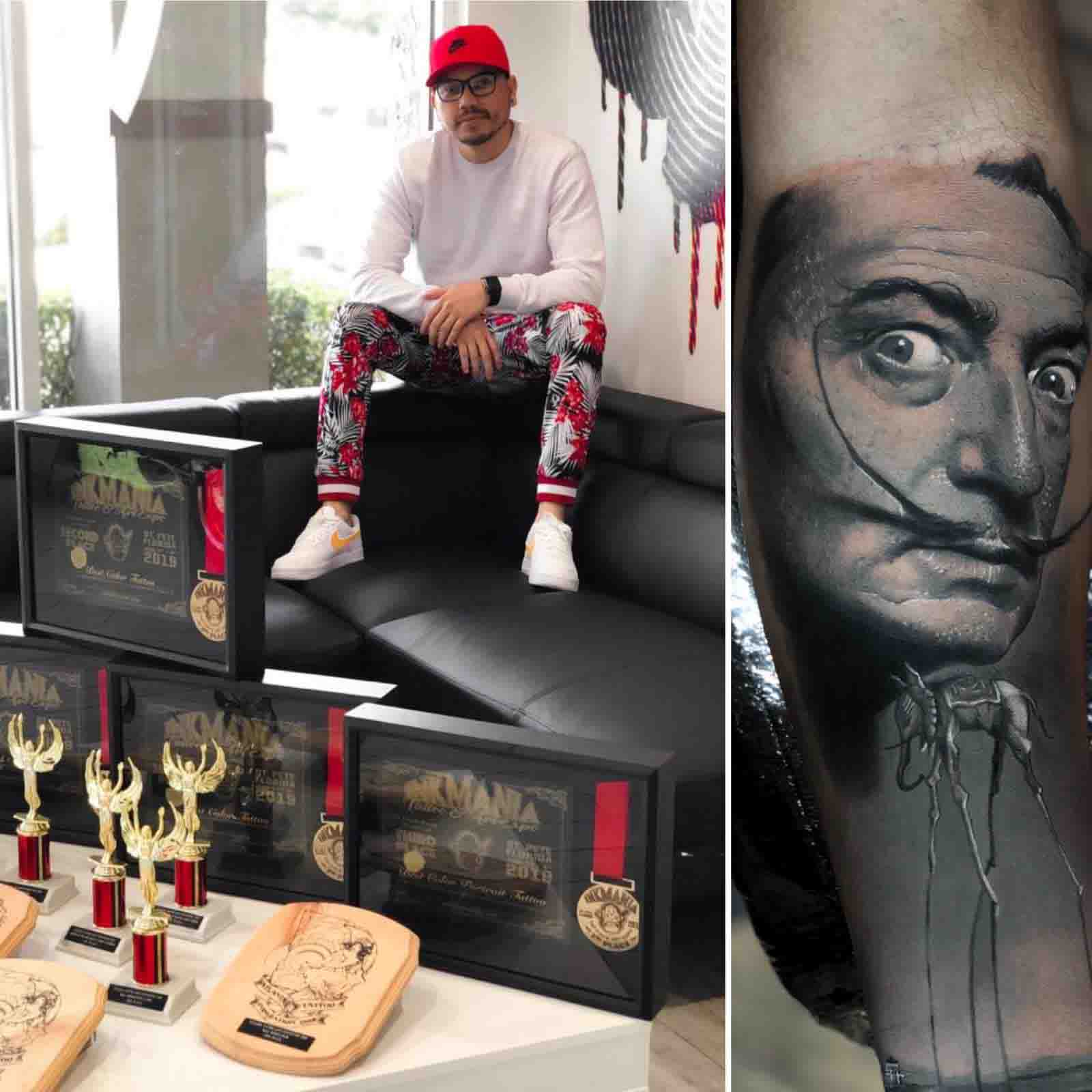 Willy Mey Pena Lopez, known on social networks as @WillArte25 is a multi-award winning Venezuelan tattoo artist, with 10 international awards under his belt. He decided to take his vast experience developing realistic portraits, which is one of the most complicated specialties in the industry,  to the next level, to finally share his episodes, and sensitize the stories behind the ink.

“From day one when I decided to enter the world of tattooing, I was dazzled by the magic of portrait realism. 80% of my clients come to me seeking realistic portraits of relatives, their favorite artists or their loved ones. Willy said. “Tattooing faces is a very fragile process, considering that if the smallest detail is not done correctly, it can completely alter the appearance of the face and unfortunately the outcome will change. Therefore, it’s a huge responsibility knowing that people trust my work and skill, which for me is a huge honor.”, Pena exclaimed.

When asked what he enjoyed the most of his work Willy explains: “I really enjoy the creation process because the details that give life to the faces appear, such as the volume, the features of the face, the lips and ears, which give that 3D effect that makes you feel that the image is out of the skin and alive”.

The artist and painter on the rise, was exposed through his career to hundreds of amazing stories which led him to launch his upcoming platform called “MejorHablamos” both on Podcast and on YouTube, to share the most relevant stories in his journey captured behind the ink.

“ ‘MejorHablamos’ was born, because each person has a story to tell, and I am simply the intermediary who translates and captures not only their feelings, but also allows them to carry the stories of people that have marked their lives through ink.”

The man known as “Willarte” never imagined that what started as a hobby would become a passion that has now helped him transform so many lives. But it was that same passion which led them to start his own studio: “MejorArte” Tattoo Studio” in the city of Doral in South Florida. The name “MejorArte” — a Spanish-language play on words, meaning “Better Art” or “Better Yourself” — is a direct reflection of Willarte’s two most important goals, helping others better themselves by gifting them with better art.

Venezuelan-born Willy Mey Peña López (Willy Pena) aka Will Arte (33), is a Miami-based multi-award winning tattoo artist with more than ten international tattoo industry awards under his belt. He began his tattoo journey five years ago without even thinking that what started as a hobby would become his passion. Since then, Will has earned countless industry accolades, and accrued a long list of sports and entertainment world A-listers in his client roster. Many of the stars repeat customers at Pena’s Doral tattoo studio “MejorArte” — a Spanish-language play on words, meaning “Better Art” or “Better Yourself.” His specialty? Jaw-dropping photo-like portraits, and other pieces that allow him to display his masterful realism and surrealism tattooing 3D techniques.

Related Topics:industrytattooWilly Pena
Up Next

Cloe Greco is an Emerging Star in the Modeling Industry