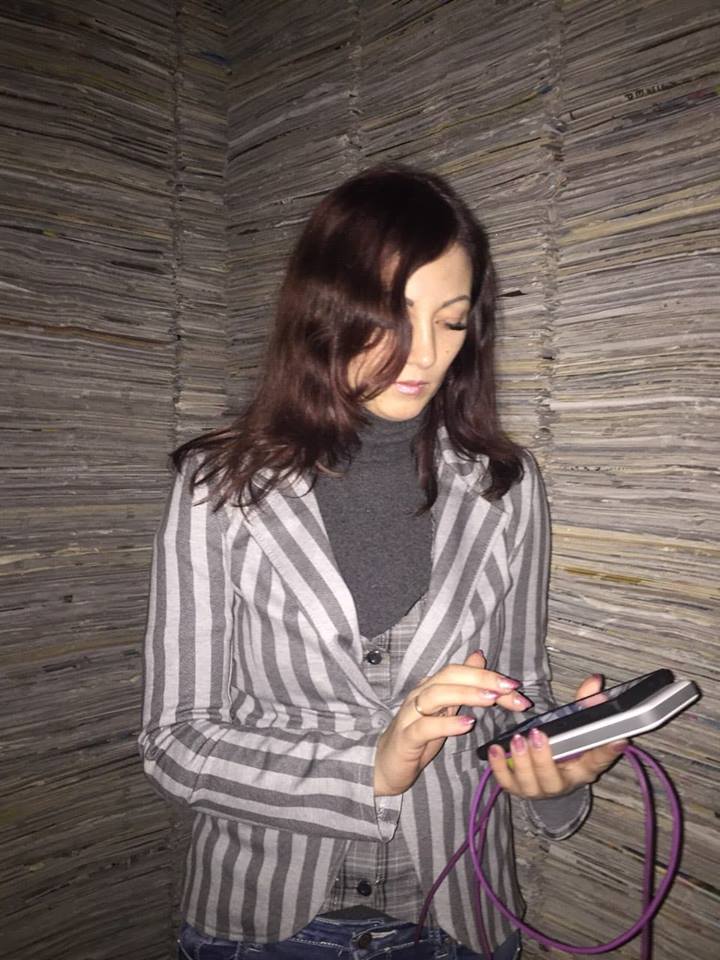 I had the pleasure of interviewing Anastasiia Dashynska. (Two university degrees, A number of international certificates (including  PsychologyWorld, InternationalNLP), Scientific articles on coaching and psychology; the author of self-coaching diaries)

The best job is to do what you love – in this case, this definition will be one of the most correct. Initially, I developed methods “for personal use”, depending on the problems, interesting and relevant to my loved ones. Accordingly, I rechecked each element, the logical connection of questions and their impact on the perception of customers or friends. They turned out to be effective, but the process took a long time. So, there was a situation when there was a choice between creating a method and direct consultation. And then, there was an interesting story-one of my client (and a friend part-time), learning that I cannot give her time, said, “Give mnesvoi records on the topic I need, and I’ll try to work myself.” Oddly enough, it turned out to be no less effective than the classic work in a bunch of coach-client.

This is quite interesting: Since my audience speaks different languages, I came to a rather original decision – to lead one page, but in Russian and English at the same time. This is a very unusual decision, because to communicate and distribute attention to 2 so different key groups is a kind of challenge. But now I understand that this step was too desperate – English-speaking subscribers of the page regularly received notifications about new posts in Russian, the same happened with Russian-speaking. This made a fuss and did not give the expected results. That OK, I had to go on cardinal step – to remove this fan-page and open two new. Conclusion? Do not mix what is not comparable to each other.

There are no secrets and special stories here – just what I do really helps people, respectively, is in demand. But if in the case of coaching consultations requires a record, the agreed time and a considerable amount of money, when working with my self-coaching diaries, this process is simplified – a person just buy it and print. Then he can return to its use at the moment when he sees fit. Another important issue is the price – its purchase is much cheaper than a live coaching session. The last factor is very low competition. I monitor what is currently on the market of such services and I can say with confidence that today, I do not see competition. In addition, coaching services – is not only the business organization, but primarily a specialist, around which the business is built.

If there is a huge competition in coaching, this is a self-coaching area that is not yet clear enough. But I’m sure there will be many more authors. I think it is worth paying attention to the fact that with the cooperation of the coach with the client, one can control the course of the conversation, feel the state and humor of the person and undermine it. In self-coaching, there is no such possibility and we must assume that usually the client does not understand the psychology and standard tools, therefore, all the achievements should be max simple and at the same time, effective enough for everyone, and for zmogl himself to find the answer he is looking for.

There are number of common stereotypes; one of them comes down to the fact that a person must act according to a certain given scenario: born, learned, then he must work according to the profession he has received and do what he has learned. It does not matter if he chose this path himself and whether it was true (my diary was just dedicated to this “false goals” so, about the same scenario was assumed for me. Therefore, given the fact that I am a journalist by my first education, I was predicted to have a career in this field. Not all my developments have arisen out of nowhere. All of us are dependent on the environment one way or another. In my case, I can say that those who were around me treated the project rather skeptically or simply indifferent. Only one friend of mine believed in – actually, a rather problematic person, on whom, were “tested” new tools in the first place. In addition, he, understanding that “it works,” showed interest and fully helped.  Now, trying to answer on this question, I cannot say unequivocally that more helped those who supported and gave faith or those who were indifferent and thereby aroused excitement and a desire to show something. In any case, I am grateful for both.

Understanding yourself is very helpful. Any psychologist will tell you this. The paradox is that people actually do it very rarely (most often when an urgent need arises). Why?

Usually there is no time for this or no apparent need, so many go around for their problems or agree to much less than they deserve. Another problem is that not everyone is willing to share their goals, plans or feelings with someone else. Therefore, self-coaching is the most obvious solution. Namely, the self-coaching diaries that I create become the tool that helps to find answers with ease. So, the search for answers becomes available for everyone. Moreover, my practice shows that people sometimes look for such unexpected solutions that it completely changes their lives. In turn changes in each individual at least a little, but can change the world around.

«No one can understand you better than you». By acting as a personal coach, I concluded that most people sincerely believe that someone else can solve their internal problems. They come to specialists hopefully that they will find answers and solutions instead of them. However, it is apparently that outside help cannot be as effective as the conclusions reached by self. In addition, the most important answers are hidden in the man; only he has to find the time and energy to talk to himself “heart to heart”. Only for this, you need the right tools on which I focused my attention.

I have a number of scientific articles that analyze certain psychological problems in detail from a scientific point of view. All this is quite understandable for specialists, but a person who has not encountered psychology is unlikely to be able to understand all the details. Accordingly, it is not necessary to show many nuances, you just need to create a “track” that leads to the result step by step. In my case, these are chains of consecutive questions, which are simple and intuitive; everyone gets to the depths of his subconscious and finds the necessary answers in response to them

Initially, it seems that the organization of the process will be simple – there are a number of understandable actions that you just need to regularly perform. However, the more actively the project develops, the more tasks appear, and all this needs to be kept on memo.

In continuation of the previous topic, it becomes a question of organization. It is almost impossible to keep a large amount of parts in mind and it takes a lot of energy, so there is a need to separate tasks into subtasks and systematize them. By the way, when I faced this problem myself, I created a self-coaching diary…

Even if you are superman, you will not be able to do everything. In addition, to find the right people at the last moment is very difficult, so you should think about it in advance and find like-minded people.

You are a person of great influence. If you could start a movement that would bring the most amounts of good to the people, what would that be? You never know what your idea can trigger. 🙂

It seems to me that what I am doing now is precisely that movement.

Interview with Raul Villacis – The Edge