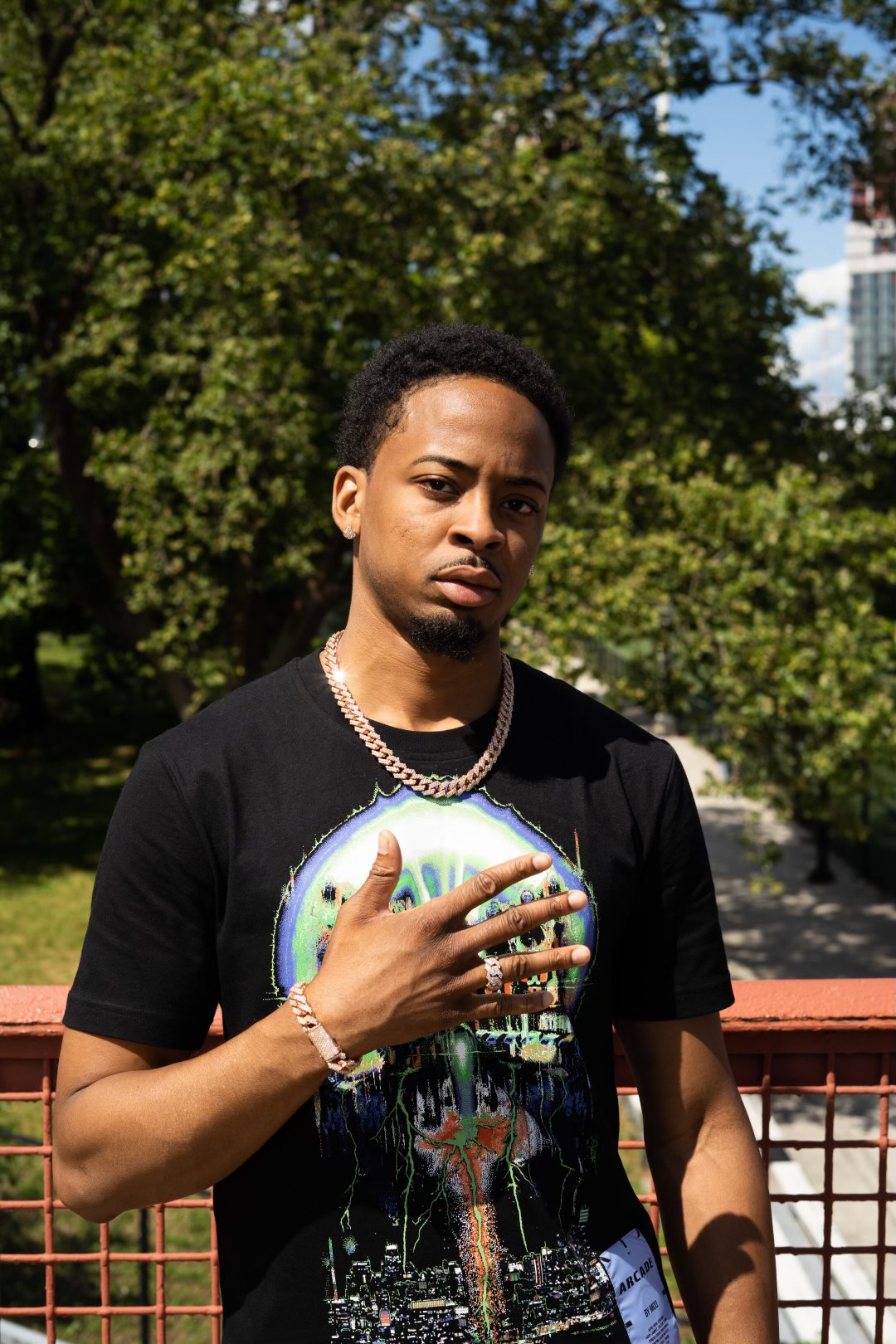 Hey PharaDomo, how are you doing?

“I come from a dysfunctional family. I resided with my mother, uncle, grandmother and three younger siblings. My grandfather would come and go every now and then. My father moved to Florida when I was nine years old and my mom started working two jobs. My uncle became my role model for a time being, but we don’t have a strong bond anymore. I attended catholic school my whole life. I spent most of my childhood outside of the house from early in the morning till different times at night either at parks, my friend’s house or just on the street hanging out. When I was in the house, I played video games, watched cartoons, movies and anime with my younger brother. I played sports but favored baseball. I won a few championships and MVP a few times in summer leagues. I fell off when I started working at fifteen and started getting into making money. I became a father right out of high school/freshman year of college. I graduated from Long Island University in Brooklyn with a bachelor’s degree. During my time there I studied media arts and really got to learn and understand the fundamentals of music and started releasing songs. I just recently released my first EP called “Bag Season”.

“I was born and raised in the East Flatbush section of Brooklyn, NY. I am of Trinidadian, Jamaican and Guyanese descent.”

“I first started music when I got to college when I was 19, but I started taking it seriously a couple years ago.”

“I first dreamed about doing music when I was a little kid. In elementary school I mostly listened to a lot of 50 Cent, Jay Z Lil Wayne, Eminem and Kanye West. I remember in the 7th grade I wrote a rap to join a group my friends in school had called “mixed files”, but they didn’t take me seriously. I started writing raps and songs as a way to deal with stress and ease my mind later in High school but still never actually began to pursue it. I bought a microphone and interface one semester in college and started downloading instrumentals of my favorite songs and recorded in my dorm room.”

“The most challenging thing I’ve overcome is putting myself through college. Those years I was maxing out eighteen credits every semester and paying out of pocket working a full-time strenuous job doing long hours, being a father and dealing with family drama. It was the most stressful and darkest time of my life.”

“Drake inspires me the most. I’ve been a big fan since his Comeback Season mixtape, and I feel I can relate to a lot of his music. Nothing Was the Same is my favorite album. The title itself could pretty much be the title of that chapter in my life when it dropped.”

“I want my music to inspire people to work and grind for something higher in life.”

“I’m releasing a few more singles and features between now and the end of Summer. I’m aiming to drop my second project sometime in the fall or winter this year. My music is always about my past experiences or what I’m currently experiencing.”

Check out other news on Disrupt Magazine

Related Topics:Artist InterviewmusicPharaDomo
Up Next