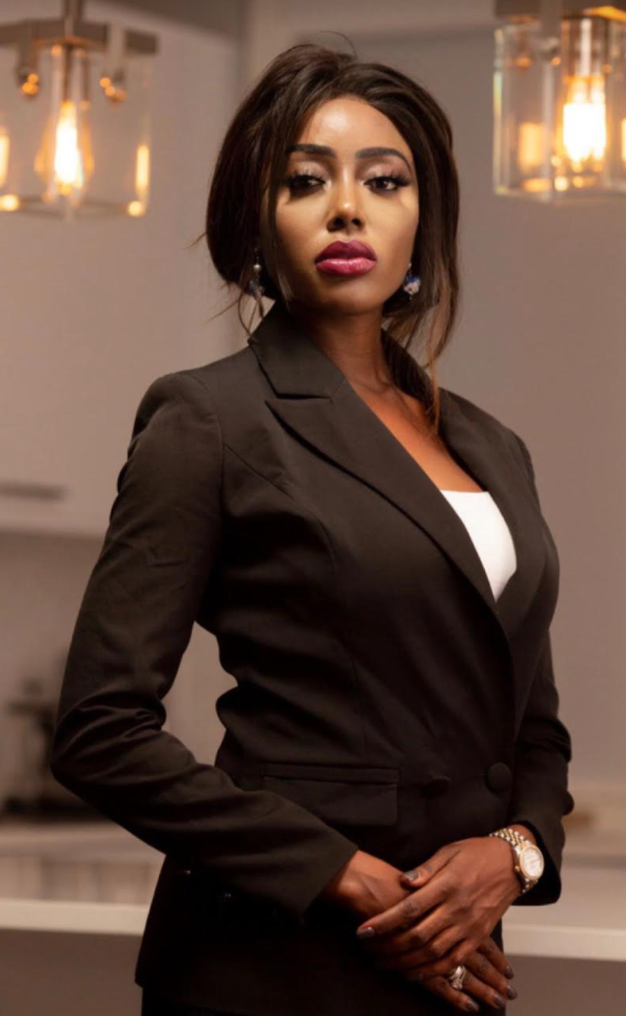 Rahaile Foday is a highly sought-after keynote speaker, trainer, and coach who has dedicated her life to helping others grow and achieve success. As a John Maxwell internationally-certified public speaker, workshop facilitator, and professional coach, Rahaile offers real-life and tangible solutions to improve and accelerate performance for individuals, small groups, and organizations. She is also the Founder and Executive Director of The Rachel Madison Home, a 501c3 non-profit agency focused on supporting and improving the quality of life for victims of abuse, which is a very dear project to her as she was once an abused victim as well.
The agency provides victim advocacy, emergency shelter, counseling services, skills training, and transitional housing support through community partnerships both regionally and internationally. In addition to her corporate and non-profit endeavors, Rahaile is a trailblazer in the esthetic natural skincare arena. As a trusted skincare expert, she provides signature treatment plans and innovative techniques to nourish, revitalize, and transform skin. She is currently working on the release of her first organic (“Glow”) skincare collection. Rahaile is a graduate of Cornell University’s Finance & Business Executive Management Program. She is a licensed Esthetician, certified Professional Life Coach (PLC) and Six Sigma (leading global business process improvement methodology) Black Belt Practitioner.
Rahaile recently aligned herself to become a candidate for Representative in the House of Legislature in the Republic of Liberia, Montserrado County. Being the youngest out of eight other male candidates and being one out of two females in the whole race made her realize she had to work three times as hard to accomplish her goal of becoming Representative of District #9. Although she did not win this race, her passion for leadership and progression for the people will continue. She is still the voice for those who are unable to speak for themselves. She also donates her time to various charities by distributing food to the less fortunate, as well as advocating against sexual and domestic violence. While running for this position, here are the duties she performed along with her campaign team.
▪ Created strategic plans to support and increase community outreach and development
▪ Conducted demographic research and developed campaign communications and political reports
▪ Organized election events and community campaigns; visited each community within the district to ensure the “voice of the people” was an integral part of the campaign platform
▪ Analyzed political trends, policies and municipal relations; established advocacy campaigns in support of critical humanitarian issues
▪ Worked directly with staff and campaign manager to oversee day to day operations, voter outreach, event coordination, staff management (hiring and onboarding), and overall media presence
What is your core?
My grandfather came from Sierra Leone with nothing but just a dream to get an education. When he met my grandmother through her connections, he was able to become the head of the United Nations Economics affair commission and she became a diplomat’s wife, a mother, and care giver to many people in need! I am Rahaile Foday, a dreamer, believer, a fighter, and a warrior!  I have healed many with my words through giving speeches and coaching, and I have inspired many through my story.
One quote that represents my story would be “the rejected stone, will be the cornerstone”– this was said to me by my grandmother to console me when I felt completely abandoned by my parents, and to assure me that through hard work I will be the one to be there for everyone, even though they have all turned their backs on me and had no belief in me!
How did you start? I saw an opportunity and I went for it– there was a vacancy due to a death. By law, there is not supposed to an empty seat in the House of Legislature, so I ran for the spot as a stepping stone to my final goal which is to become President, but for this election I was running for the House of Representatives and would work my way up until I reached Presidency. I went through all the formalities to become a candidate and the race began.
Why did you start this? I started this with a dream firstly to make Liberia the way it used to be– the way my grandmother saw it when she grew up. Also to rebuild Liberia with the connection they had with America! My grandmother was born and raised in Monrovia, Liberia as a child. She told me such great stories of the country and how things were before the war. She called Liberia “Little America” and she shared how all the embassies of the world were there, how classy and fancy the women dressed like true ladies, how booming the country’s economic state was and how people from all over would come to Liberia because of their great school system.
What is your mission? To rebuild the minds and reform the brains of the generation lost due to the war. Due to the economic distress, there is also a high level of child prostitution which I want to correct by bringing in foreign angel investors to create job opportunities for both the children and their parents to keep them off of the street! Knowledge is power and opens doors to lots of opportunities which is why I believe by bringing in educational heads into the country would be of great help to bring the literacy rate up.
Related Topics:
Up Next

Why Publishing a Book Transforms You Into an Authoritative Expert