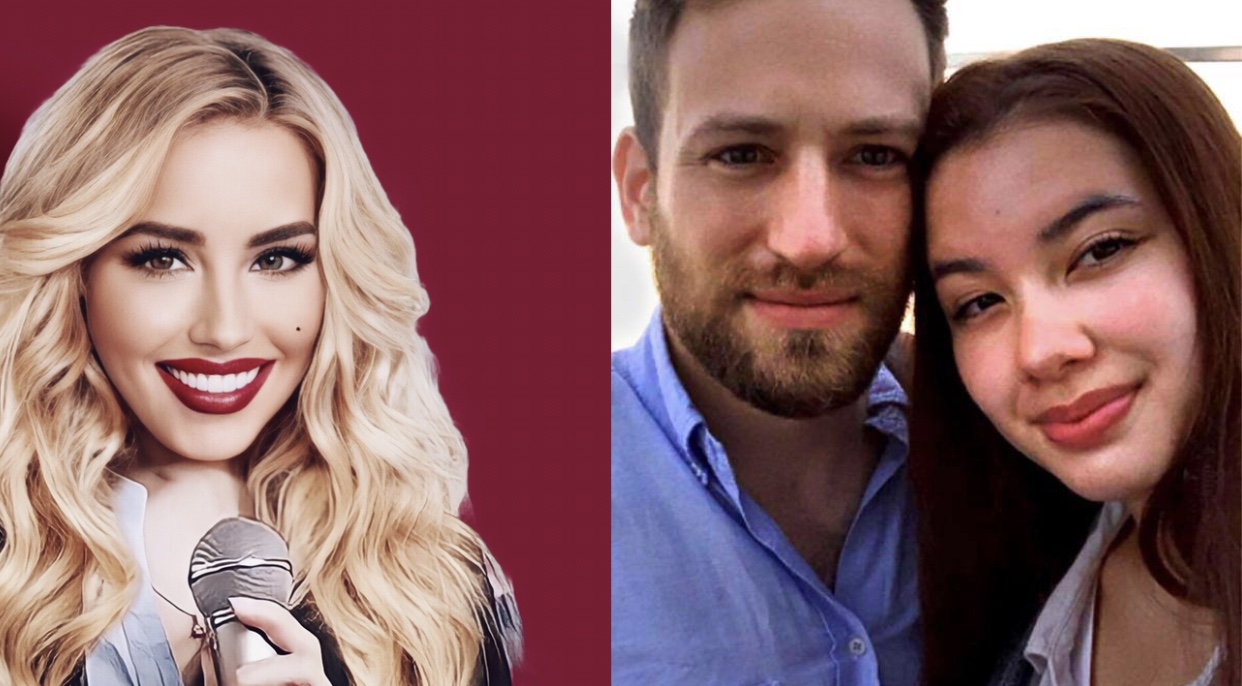 Today we are asking a couple of questions to an American journalist Sofia Tereshchenko who lives in Athens, Greece.

Recently she posted an article “The phenomenon of collective Stalin”, an excerpt from her book “Barbarians” about media. The article is about Greek pilot Babis Anagnostopoulos, where she defended him and expressed her opinion, based on her research, that he mustn’t be put in prison on a life sentence term.

It is remarkable and rare case when a journalist breaks the silence like this and takes someone else’s side so bravely as she did.

Since a lot of features in this case demonstrate quite questionable things and many people striving to think that there’s maybe something bigger than what we believe might have happened.

So far only one journalist have expressed her public concern in defense of Greek pilot Babis Anagnostopoulos. And it’s female journalist Sofia Tereshchenko.

Q: Miss Tereshchenko, what was the first time when you saw Babis Anagnostopoulos differently than others and came to the conclusion to basically taking his side?

Sofia: “The first time I saw Babis Anagnostopoulos on TV, was when near his wife, on a beautiful photo of two of them, from a vacation. And I was shocked and angry that such a wonderful couple and a tiny baby (their daughter) have become the victims of such a heartbreaking tragedy.

Deep inside my heart I felt something was not right. And I knew that something really horrible must have happened. As a journalist, I’m obligated to doubt the unchecked information if it’s not mine. I think and Babis and his family are all victims, that probably they need our protection, and more respect than they receive from media, and not negligence.

Second time I saw Babis Anagnostopoulos, was when he has been escorted by this huge military column right after his wife’s funerals, he was wearing that black suit, his shoes were without laces (that shocked me but then I found out the reason for that), and he had a white bulletproof vest (which shocked even me more), a black mask was covering half of his face, where the only sadness and cry for help could be seen right through his eyes, and that moment I thought, what does he feel right now, I could only imagine how lost and scared he must have been.

The police escort that Babis Anagnostopoulos has been accompanied by, looked more like the ancient pictures of Procession to Golgotha with Roman soldiers, rather than 21st century police officers and a man, that Jacques Fresco would defend till his last breath and ask for his mercy with all he could, you know that Jacques Fresco was the pioneer of the idea of prison closures and total legal and money system reform, as well as social and cultural reformation globally. That picture was unforgettably terrifying and disturbing, and for me it raised more questions than answers.”

Q: Can you explain to the people your vision of pilot’s Babis Anagnostopoulos and how all this story should be normally ended for him on you opinion?

Sofia: “Babis Anagnostopoulos must not be deprived of his parental rights, and must not be sent to prison for a life sentence. It’s inhuman to take everything away from a person, who have already lost almost everything he had. He lost his wife, his job, his house, his family, his freedom… Isn’t it already too much punishments for one person, who cries for help but nobody listens?”.

“You know there was an accident in Russia a couple of years ago when a woman blogger called her friends to her house where she and her husband dropped a huge party with some chemical baths and her husband unfortunately died… It was a horrible accident, but she did not want or planned to kill her husband…”

Q: What is your reaction on media coverage of this case?

“The media manipulations are disgusting regarding this case. I’ve never seen anything like this before. From the day one till today UK’s Channel 5 “documentary”, all bs. The ‘cancel culture’ is in full speed against Mr.Anagnostopoulos and the “Cancel Babis” agenda on tv channels is on. It’s wrong and it must be stopped.”

Q: Who is Babis Anagnostopoulos?

“I can give you 100% that Anagnostopoulos is not a monster. Let him go and you will see what kind of person he really is. It’s very easy to throw stones to the man who fell, but it’s harder to give a hand to him to help him standing up.”

Q: What is your worldview on the system we all live in?

Sofia: “If you ask me from a rational side, I am full anarchic. I don’t believe in punishments. Violence bears violence. I’m a fan of Jacque Fresco’s “Venus Project” type of culture, with no jails, no taxes, no money, no boring jobs, no borders, no discrimination and therefore zero crimes. Guess what? These social phenomena are connected…”

Related Topics:Sofia Tereshchenko
Up Next

Emily Huberts, an Entrepreneur, Founder of TLNTHUB and Studio Garnet, provides a platform for creative talent and boosts brands by unlocking their potential.

How This Female Foot Doctor Optimized Movement To Create Naboso