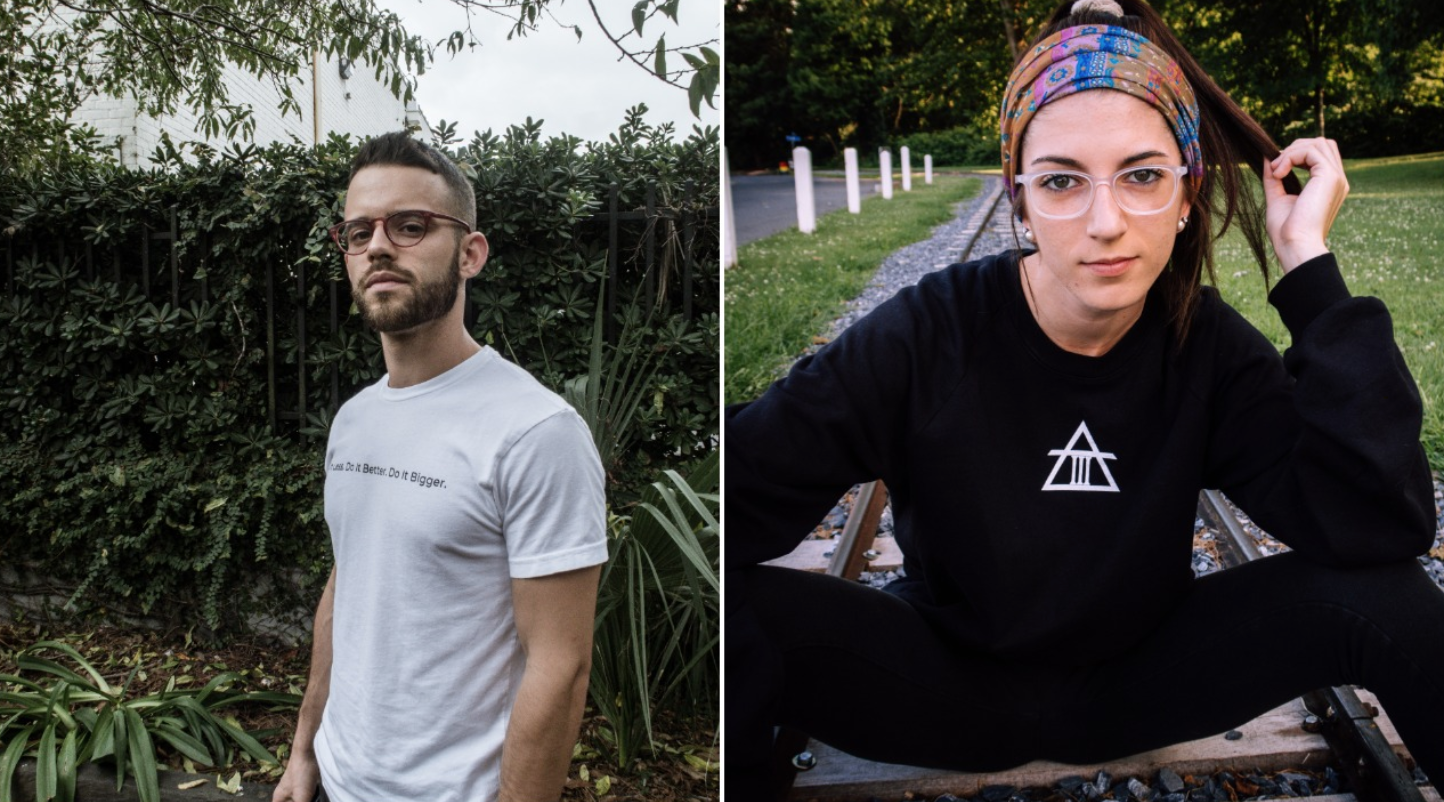 I had the pleasure of interviewing Austin Silver and Rylee Bogden, the powerhouse couple behind one of the fastest growing Forex Education Companies – ASFX. Creating a Forex education company to the scale Austin & Rylee have is no easy feat, and from our discussion it’s clear that a lot of their success has come from how incredibly well they work together. With Rylee’s marketing skills combined with Austin’s trading knowledge, they’ve been able to create hundreds of profitable traders and build a $300k business in just 12 months.

Thank you so much for joining me! Can you tell me what brought you into Forex trading?

Austin: I was selling life insurance and wanted to get into financial advising. I had to take a test in order to sell stocks, and one of the questions on the test mentioned day trading which I didn’t know much about. I got home and started researching, studying day and night, and eventually fell down the rabbit hole. It had everything I was after, unlimited income potential, not a lot of people could do it, I’d be my own boss, have the freedom to work when I want – basically it checked all the boxes and I made it my mission to figure it out, and the rest is history.

Rylee: I didn’t know what forex was, but after learning about it from Austin it had all the benefits that I wanted for my life. I’m not someone who’s super hungry for money. I care more about being able to be in the moment and fully enjoy myself and my life, not having anything holding me back from what I want to do. In particular not having a boss or slaving life away at a job I didn’t like. So forex provided everything I was looking for and my skill set aligned magically with Austin’s. I’ve always been rigid with the outcome for my life, but flexible with the approach.

What’s one decision that you’ve made, that’s made the biggest impact on the trajectory of your life?

Rylee: That’s a tough question! A decision that we’ve made that has made a massive impact on the direction of our life is moving to Harrisburgh together and isolating ourselves for a year. We were laser focused – didn’t go out on weekends, didn’t socialise often, didn’t really do much except putting our energy into ASFX and figuring out how we could make it work and show up to serve the Forex community as best we could.

Austin: I think also we were willing to do what a lot of others weren’t willing to do. We also questioned everything we learned and looked at what everyone else was doing and always tended to go the other way. Conventional wisdom isn’t always right, and when you go against the grain and pull it off you can achieve some amazing results. It’s kind of cliche and it’s easy to say, but it’s a totally different thing to actually do it. When you go against what your parents, friends and even society says you should do, it can be a lot harder to do than people realise, but can yield amazing results.

Austin: What motivates me is Rylee and our future. I’m motivated by our future family and being able to be the dad I want to be – having the freedom to not worry about missing our kids sports games, or not being able to take them out for dinner to their favourite restaurant. Basically not having to worry about money. We both knew we always wanted to run our own business and create this life, which motivates me more every single day.

Rylee: Knowing that I can manifest the future I want for myself, because I’m already doing it. And to prepare myself to be the best mom that I can be. As I mentioned I’m not driven by money, but more about the freedom I can have in my life.

What do you think makes you and your company stand out?

Rylee: I believe it’s the fact that we are genuine people, who genuinely care about others and their livelihoods. We don’t have people say bad things about us, except the occasional hater. Even if something does go wrong, we are so focused on our relationships with our students and communicate with full transparency, to make sure that there’s never any issues. Also not to toot our own horns, but there is a power couple behind ASFX – Austin and I put a lot of time into our own relationship and every dynamic to ensure we’re always showing up as our best selves. Having a partner that’s on the same page as you really sets us apart, because doing something like this is a lot harder on your own.

Austin: Yeah I agree with Rylee, I really believe it’s our  transparency. I show all of my trades, actively communicate with all our students and clients. We have a full customer support team and funnel system that actually takes care of our students throughout the entire process, not just getting them on board and then leaving them. I also think it’s the fact that we actually run this as a business, compared to just selling a product or service.

What’s one thing you wish you’d learned before you started?

Austin: I wish I learned sooner that I can’t do everything. Like a lot of entrepreneurs, I was trying to do so much and take on everything, which I inevitably ended up running into the wall, and it wasn’t until then I realised that I truly can’t do everything on my own. It’s partly an ego thing, so improving my self awareness has definitely helped both myself and the company as a whole. Learning to delegate is definitely something I wish I did earlier, and I reckon I would have had a lot of success sooner.

Rylee: I wish I would have learned to trust myself a little more, particularly on the days where it was really really hard. I kept on questioning whether we were actually going to be able to make this work, and asking myself if we should keep taking risks to start this business. Sometimes it was really scary – there was no job security, you don’t know when money’s coming in etc. But on the other side of it looking back, trusting myself more is definitely one thing I wish I had done.

What is the most powerful lesson that a failure has taught you?

Rylee: Well it’s not so much a failure, but definitely a powerful lesson. It’s the importance of adaptability, and that’s something I’ve always had to incorporate my entire life. Growing up with divorced parents, transferring colleges 4 times, I was always forced to continue to adapt, which I attribute a lot of our success now to. Being an entrepreneur you have to carry over that adaptability, cause if you’re not comfortable with adaptation or change, it’s going to be really hard. That’s a powerful lesson for anyone pursuing entrepreneurship or trading as a career.

Austin: I think my biggest mistake is ownership. I should’ve taken more responsibility for things I’ve done my whole life – and sooner. I always questioned my abilities. I assumed that I lacked in certain areas, which in reality I didn’t. If I had let myself be myself more and lean into ownership, I would have made a lot more money sooner. But I guess I had to do that to really learn it. You need to own everything if you’re going to make the money it’s worth. Ownership is the lesson for me for sure.

This was very insightful and inspiring, thanks for joining us!

Austin and Rylee have set some huge goals and smashed them throughout 2020, and it will be exciting to see where they go next. If you want to learn more about ASFX head over to their website

Nick Mocuta Explains How To Stay Motivated While Working From Home