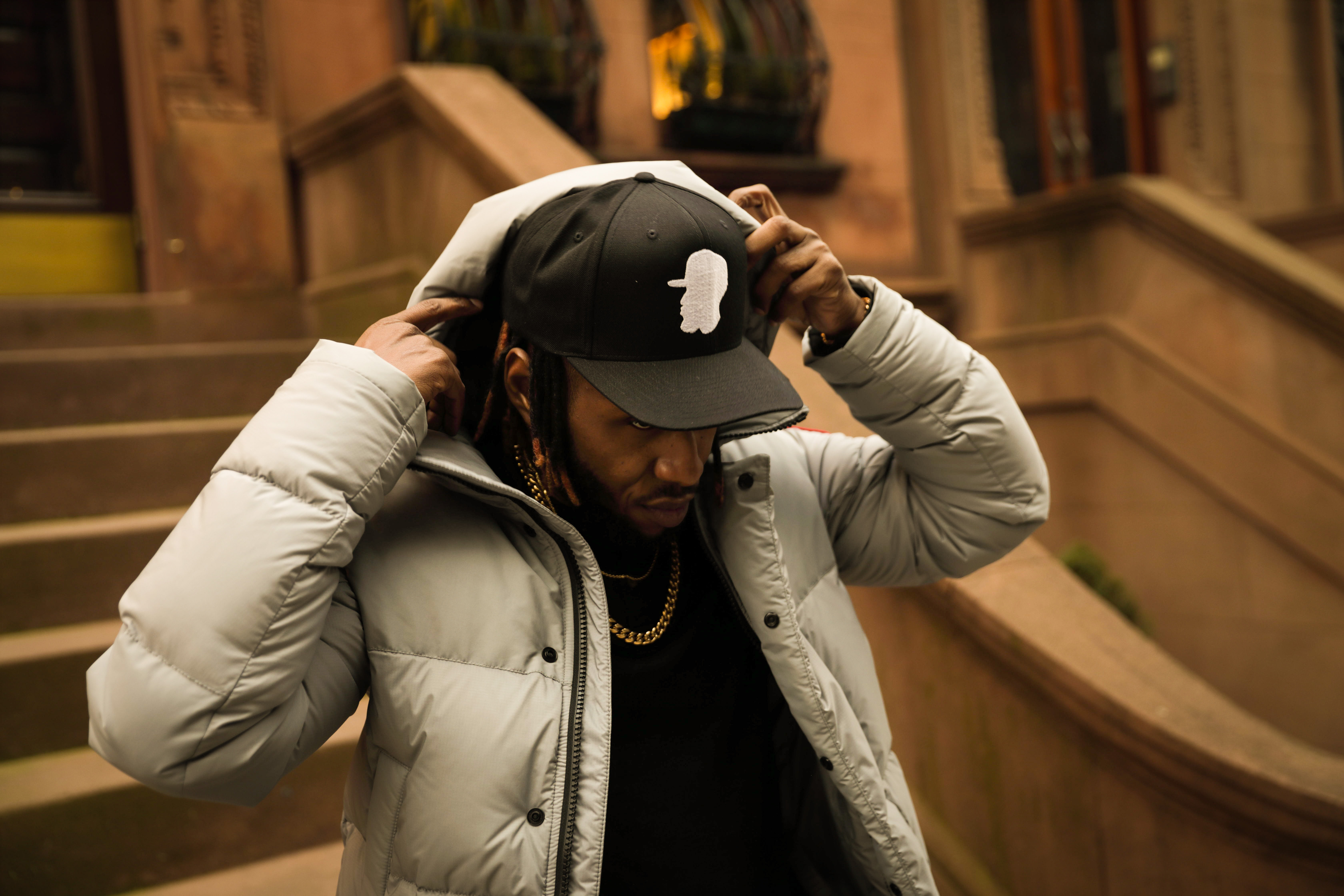 After the completion of his trilogy: Dreams, Still Dreaming, and Midnight Summer Dream- Dubwork has presented us with his return to the spotlight in Up By 20. Showcasing not only his growth as an artist but his ability to remaster and fine-tune the delivery of his craft both personally and mentally; ultimately resulting in a musical evolution of Dubwork. Maintaining his style of working with producers and artists from Uptown, Jerz, the Bronx; Dubwork gives us cool, bounce-with-it type beats, throughout the whole project. His bars speed up, cruise along, and rewind throughout all ten tracks.

Dubwork has thrown his heart into this album by touching topics that battle over the joys and unimaginable losses of fatherhood, relationships, family, finances, and living life. Positive affirmations continue, however, to sneak their way into the bars and between the emotions, leaving the listener wanting to run each trackback. The icing on the cake; Dubwork’s smooth and flawless hybrid of wordplay and delivery in English and Spanish.

“I’m an AfroDomincan artist from NY/NJ and I’ve been working on my craft for a long time. I started my solo career with my debut project Dreams, which was the first of a trilogy. Prior, I made several Spanglish mixtapes throughout my time at Howard University. I bring a mix of English and Spanish bars to my music in an overall positive and motivational approach.”

“Born in Harlem and raised in NJ ten minutes outside of NYC.”

“I started doing music at an early age and was involved in the chorus for a lot of my childhood and even played the violin for about 8 years. My love for hip hop grew during my high school years and evolved a great deal in my college years where I began to take music a lot more seriously.”

“The most challenging thing I’ve had to overcome in my life was the loss of my daughter Nuwa Love who we lost in a stillbirth. My girlfriend was seven months pregnant at the time. I’ve never felt so prepared for something in my life- the arrival of my daughter, for us to then lose her so far into the pregnancy crushed me and I questioned if I even wanted to continue making music.”

“I’m currently independent. We do everything in-house from the production of the music down to the videos and roll out of all the projects. ”

“I’m honestly mostly inspired by my parents and their ability to come from a third world country and make way for themselves and their family. They were able to create a great home for us and were able to create their dream home back in the Dominican Republic. It’s super inspiring to see how far they have come in such a short time. ”

“My greatest achievement as a musician was completing an album entirely produced by my friends and family. We created everything in-house, we recorded the entire album ourselves produced it, and created the artwork and videos for the album as well. As an up-and-coming independent artist that has been my greatest accomplishment and something that I’ve always wanted to do. I want to show an up-and-coming artist that it’s possible to create and release music all on your own without the help of a big label.”

“I don’t produce my own music but all of my producers are in-house. They are either my friends or family. I love the fact that everything we make is in-house it makes creating everything super fun and carefree. Whenever we are creating it’s just like us hanging out but we always leave with a couple of songs recorded.”

“I would love to work with Wizkid, Damian Marley, or J Cole.”

“I Just released my project “Up By 20″ on March 26th. It’s a 10 track album that I feel is my best work up to this point. I was super vulnerable for this album, touching topics on the joys and unimaginable losses of fatherhood, relationships, family, finances, and living life. Positive affirmations are big for me and I use them throughout a lot of my verses.”

“A day for me usually starts with my son waking me up then I get him ready for the day and jump on some work calls with my team about up-and-coming projects or content. Then I’ll go to the studio to create, I usually like to create music during the daytime because I feel I’m way more productive. There is a high chance of me falling asleep in a late-night session because I’m usually up so early. I like to go through music and find inspiration to make my own music. I usually get ideas from samples or from older music.”