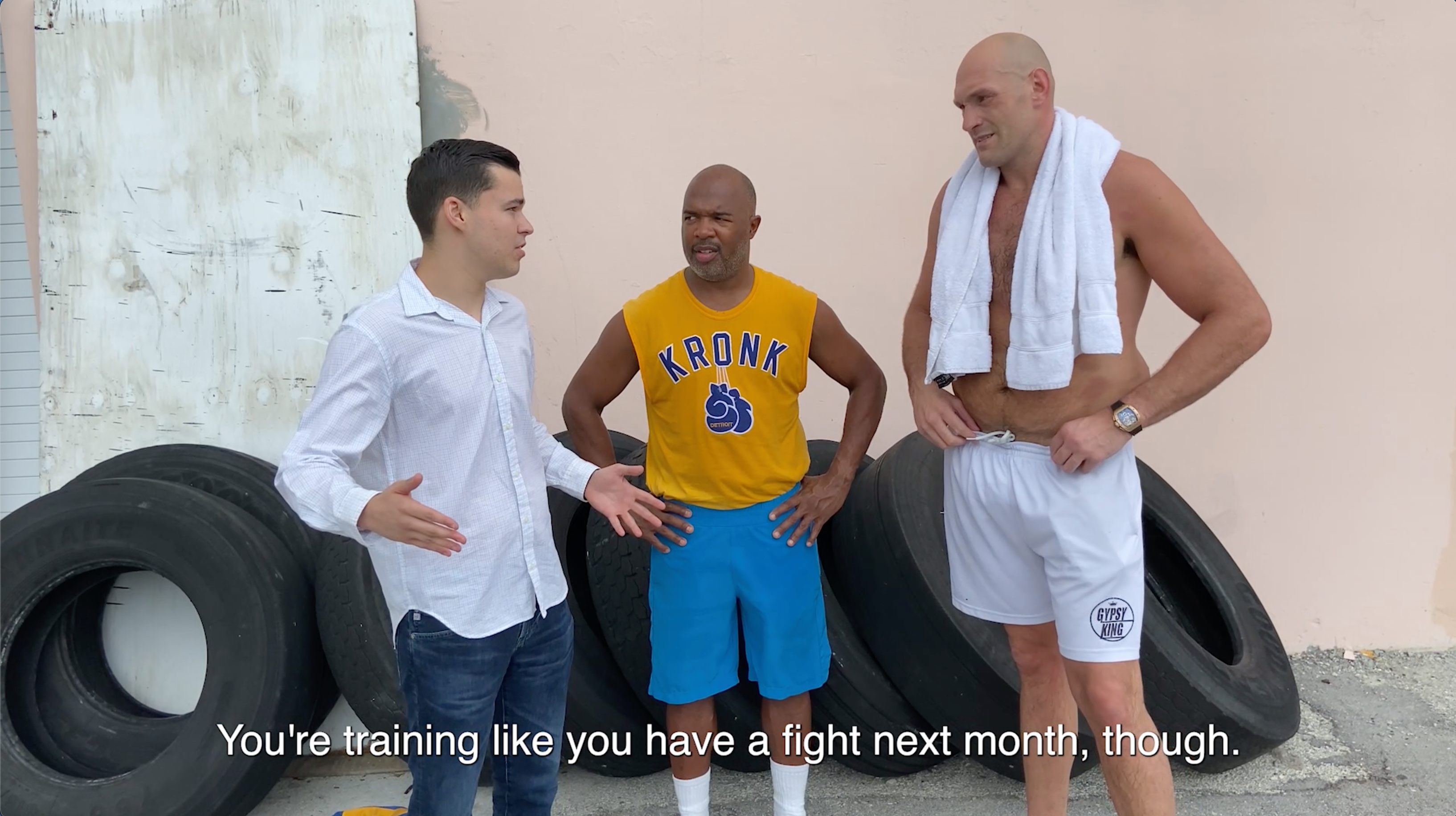 Zach Hirsch, commonly known as Mystic Zach for his incredible ability to predict wins across MMA, NFL, college football, and other competitive sports and shares them on his website iPickWins. Now he scores yet another exclusive interview, this time, with professional boxer Tyson Fury.

If you haven’t heard of Zach Hirsch, AKA Mystic Zach, you’re probably asking yourself how a teenager got the opportunity to interview a legend like Tyson Fury. You’d be surprised to learn that this is far from the sports analyst’s first rodeo, as he has already accumulated over ten years of experience in his short nineteen years of life, earning him the status of a veteran in his field. He was recently signed as a regular contributor on The Impact Network and Bare Knuckle Fighting Championship.

In fact, Mystic Zach is the most popular and most accurate young sports analyst and handicapper in the world. One season, at only seventeen years of age, Zach picked over 90% of all football, basketball, and combat sports correctly. As if that’s not impressive enough, Hirsch also picked 21 straight college football games, including the SEC Championship, the College Semi-Finals, and the National Championship Game. He has also predicted hundreds of boxing, MMA, and most recently BKFC, Bare Knuckle Fighting Championship, bouts correctly in addition to accurately predicting the last four NFL Super Bowls. Safe to say, this is more than just luck.

Between his successful sports page, IPickWins.com, his rapidly growing 477K+ followers on Instagram, and the dozens of interviews with some of sport most popular athletes, it’s clear that Hirsch has found his niche. Hirsch is beyond his years as a professional sports handicapper, collecting the respect of some of sport most popular athletes, such as Roy Jones and Logan Paul. Jake Paul shouted out Mystic Zach at his press conference saying “Zach, iPickWins, young legend right there.”

As if that’s not enough to fill a resume, Hirsch also linked up and developed a short documentary on Jake Paul and his celebrity boxing career titled “Don’t Sleep on Jake: A Short Film”. You can see the short film all over the internet.

Influencer and celebrity boxing is here to stay. It’s been great being a part of bringing generation Z fans to boxing, says Hirsch.

Given his track record, a keen eye for success, and unrivaled intuition, there’s a pretty good chance that whatever Mystic Zach has to say about sports holds some weight.

iPickWins is a popular online sports handicapping website owned by Zach Hirsch. Widely known online as Mystic Zach, he is the most popular and most accurate young sports analyst and handicapper in the world. He is a regular contributor on the Impact Boxing Network and Bare Knuckle Fighting Championship. To watch his latest interview with Tyson Fury, follow him online at Instagram.com/iPickWins and email them at Contact@iPickWins.com.

Related Topics:InterviewRising Success
Up Next

Zayn Khan is a veteran internet entrepreneur and columnist at different online magazines with a focus on startups, success stories, wealth management, entrepreneurship, and more. His work has been featured in Entrepreneur Magazine and few other outlets. Zayn is also a business growth, branding, and media relations specialist. He's helping startups and entrepreneurs establish credibility and growth.