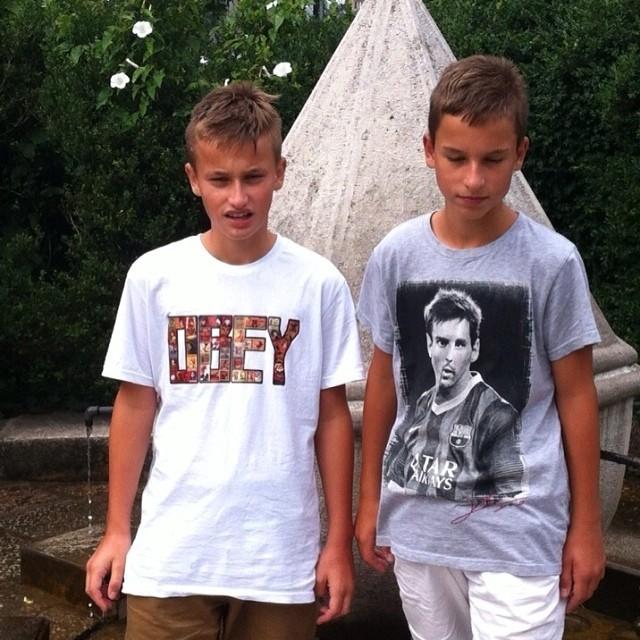 Director Amel Elezovic and athlete Anes Elezovic are mega-talented brothers, working in the same industry. They share their favourite memories of stealing candy, running with cheetahs, and being there for each other when things get rough

What’s your first memory of each other?

Amel: One of my earliest memories is of Anes learning to sit up. I was asked to take care of him one evening. Normally he would just roll over but that afternoon, he just balanced himself and sat up. I was thrilled.

Anes: Me and Amel are twins so I remember when we were 12 and we celebrated halloween together and Amel dressed up really weird, at first I thought it was another person. He had long hair in a ponytail, a beard, and was wearing black. He created a late-night commotion in the house and I was like, “who is this guy?”

What is the craziest thing you have done together?

Amel: We haven’t had the opportunity to do a lot of crazy things together but I know we will…soon.

Anes: We went running with some cheetahs on leashes in Kruger National Park. We were also the only two people there when my grandmother passed away. It was very sad and emotional, as she was someone we both adored deeply.

What did you get punished for the most as a child?

Amel: I was a very assertive and curious child, constantly challenged my parents and got on their nerves, and got reprimanded. I never got punished as such.Anes: At age eight, I stole some money from my dad’s wallet, ran all the way to the market alone and bought the most expensive Japanese candy I could find. My mum wasn’t very happy when she heard about all this.

Jacob Galea : MENTORS are the Secret to Your SUCCESS!