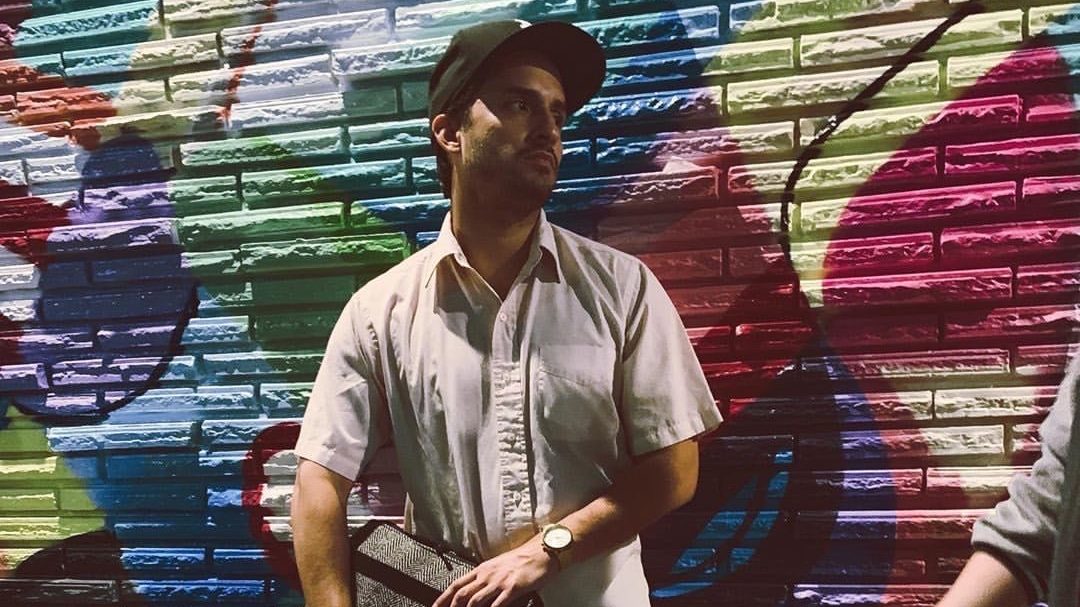 My backstory? Well from what my family tells me I am Puerto Rican & Italian and was born in Houston, TX. I agree to believe that is true when I look in the mirror but who knows nowadays with blended families becoming the norm. Either way I come to embrace my future rather than my past. My birth father passed away this year and my biological father is fighting brain cancer and shoulder cancer, so let’s leave my family history at that….

Back to Houston,TX , a city that I have always been brought back to, a city where I waged a battle starting some 5 years ago that began a personal vendetta against myself. From 2012-2015, I thought I could live 6 months in Houston and 6 months in San Diego while carrying bundles of information learned along the way and god knows what as my cargo. I have lived in every city in California from San Diego to Trinity California; Montana, Colorado, and every desert in between I could pull over with enough solitude to sleep in Jeep.

I rode that wave till I ended up working with Jdawg “Tha Yung Hogg” , and running his social media. I gained his attention through my knowledge of the street and cryptocurrency. When I mentioned Nipsey Hussle and his investments in Bitcoin & FollowCoin, he knew I had to be on the team. Fast forward to a year later, I wound up in a Trae Tha Truth music video for the song “Energy” from his latest CD Exhale and that same month I started working with Meeklow Diamond from Johnny Dang & Co manage his social media.

I decided to pursue internet technologies after studying Social Sciences  (a study of Political, Social, and Psychological Sciences) at California State University San Marcos in Northern San Diego County. Along my travels between California and Texas, I met a webmaster I will call “Webby” who introduced me to the web world. From there I pursued EVERY lead in regards to the internet.

Whether is was Bitcoin, Hostel booking sites, Cannabis Club locators, or Personal Brands, I did whatever I could to sit behind a terminal and run an online presence. Honestly though, Bitcoin is what truly inspired me to dedicate my time and effort into the online monetization career path. The technology behind Bitcoin just made WAY too much since and for me logic drives my passion. I began mining cryptocurrency with Webby in 2016 and built 4 supercomputers that ran 24/7 in my bedroom that was cooled by the artic air in Montana by keeping my window open all day and night. I made money, had fun, and learned a lot. This process taught me there was much more to learn about monetizing the web.

Present day, I am working at Johnny Dang and Co, getting him to better understand the importance of online monetization. I have monetized his YouTube and Facebook with more to come. In 3 months we have grossed $15k plus from the two, with ALOT more to come.

The funniest mistake I made when I first started was rather a mistake where I ended up winning. I like to believe mistakes are really planned lapses of judgement to get to the next step. So mistake really is not really in my vocabulary. I “mistakenly”, for this article’s purpose, invested $90 into two researched Alt-Coins by studying cryptocurrency using the mobile application “Discord” and reading about the next big investments. VRG & TRX , I made $6,000 in a December 2017 off this $90. Got in my car, left Montana, and drove to California to live on the beach in La Jolla for a month, then off to Houston, TX to share my dream of online monetization. I blew most of the money on the trip, but I planned all that right?

Knowledge is power, and moving beyond experiences that hurt you in the past is truly evolution. The Diamond Digital Co is a company I joined with Meeklow Diamond. I do miss Webby and wish he could see the fruit of our labor but he is lost in cyberspace somewhere. Either way EXPERIENCE, is what makes this company stand out. We handle some rather large celebrity accounts and in the next year our experience will speak leaps and bounds.