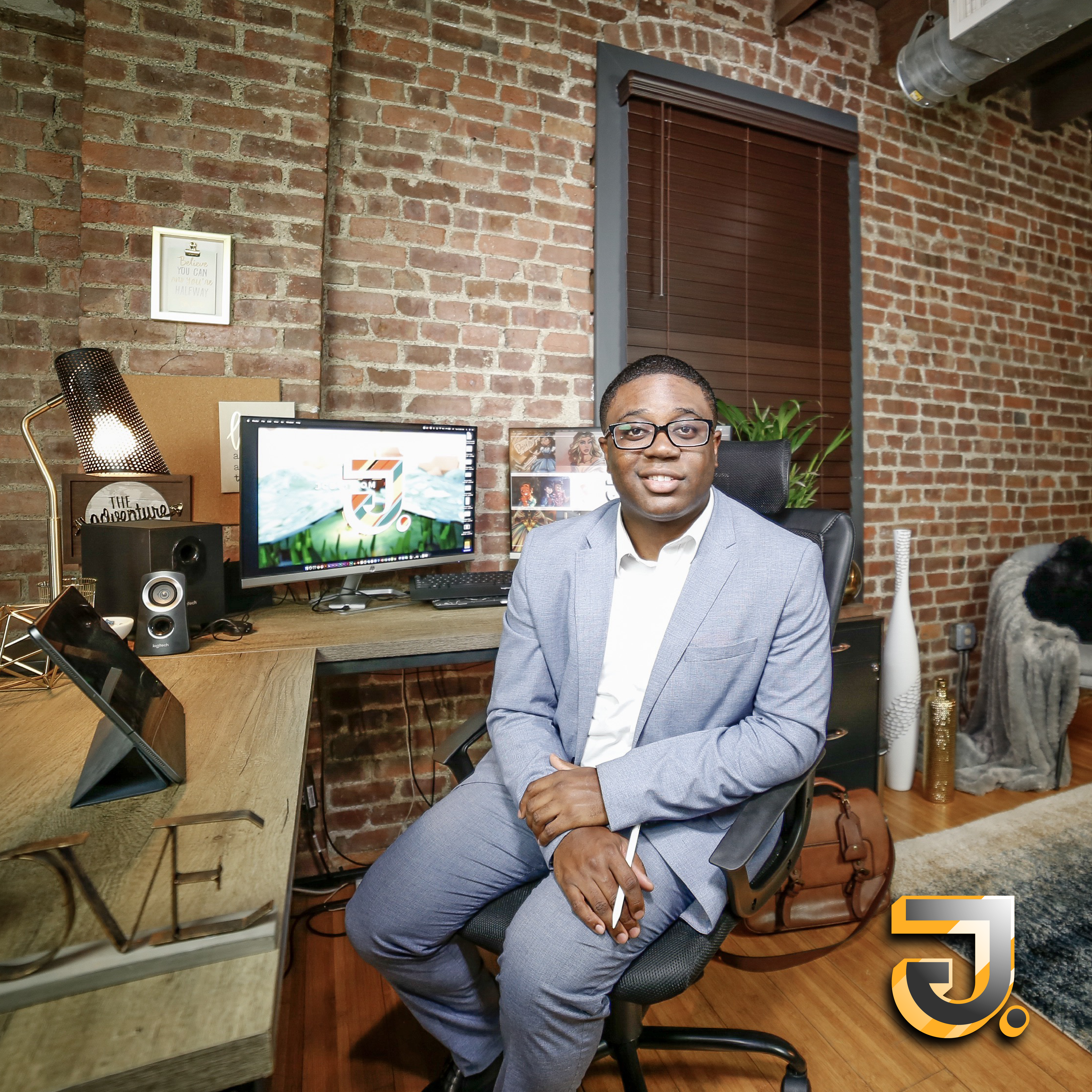 During his studies, he came to master many different styles of animation, from stop-motion, Claymation and experimental, to 3-D animation, traditional and puppet animation. While working with a variety of animation styles, he quickly developed a talent for managing programs and software, like the entire Adobe suite and several other applications. At Delaware College of Art and Design, he became a Student Ambassador and Resident Assistant, working with several designers and other creative specialists.

About two years after college, he began working in many creative jobs, building up his knowledge and portfolio until he was talented enough to design for major companies, like Mac, Tom Ford, Frigidaire, etc.

Like many artists he has always done freelance work on the side, but just about a year ago, he decided to do freelance full-time. Social Media was a game-changer for him; he grew to over ten thousand followers on Instagram, he says, “this has opened so many freelance opportunities for me!”

Animation is all about working in a team while also working as an individual. However, thinking creatively without a team to produce new ideas and concepts can be very difficult; therefore, as a freelancer he became efficient in finding different ways to be inspired so that he will never have writer’s block again. Working on many projects at once has given him the freedom to become proficient in not only time management, but also gave him the ability to divide his creative mind between several projects.

“I’ve been drawing all my life, although I did want become a chef since I was little but once I got to high school I decided to pick the career I was destined for (in my dramatic voice)”

“The word of the next decade, let’s say it together shall we be “TRANSPARENT”. I think transparency is what makes J. Cutt Productions standout. Everyones talented, as am I, but I want to be as transparent as possible with my clients so that they get the absolute best service from me and have only great things to say.”

‘Well, it’s less a quote more of a scripture, “But, the Jerusalem that is above is free, and she is our Mother” Gal. 4:26. The Bible very clearly testifies that we have both God the Father and God the Mother. Just as our physical mothers give us physical life, our heavenly Mother gives us spiritual growth, eternal life. I believe that if all people had a love of a mother, our lives would be much better.’