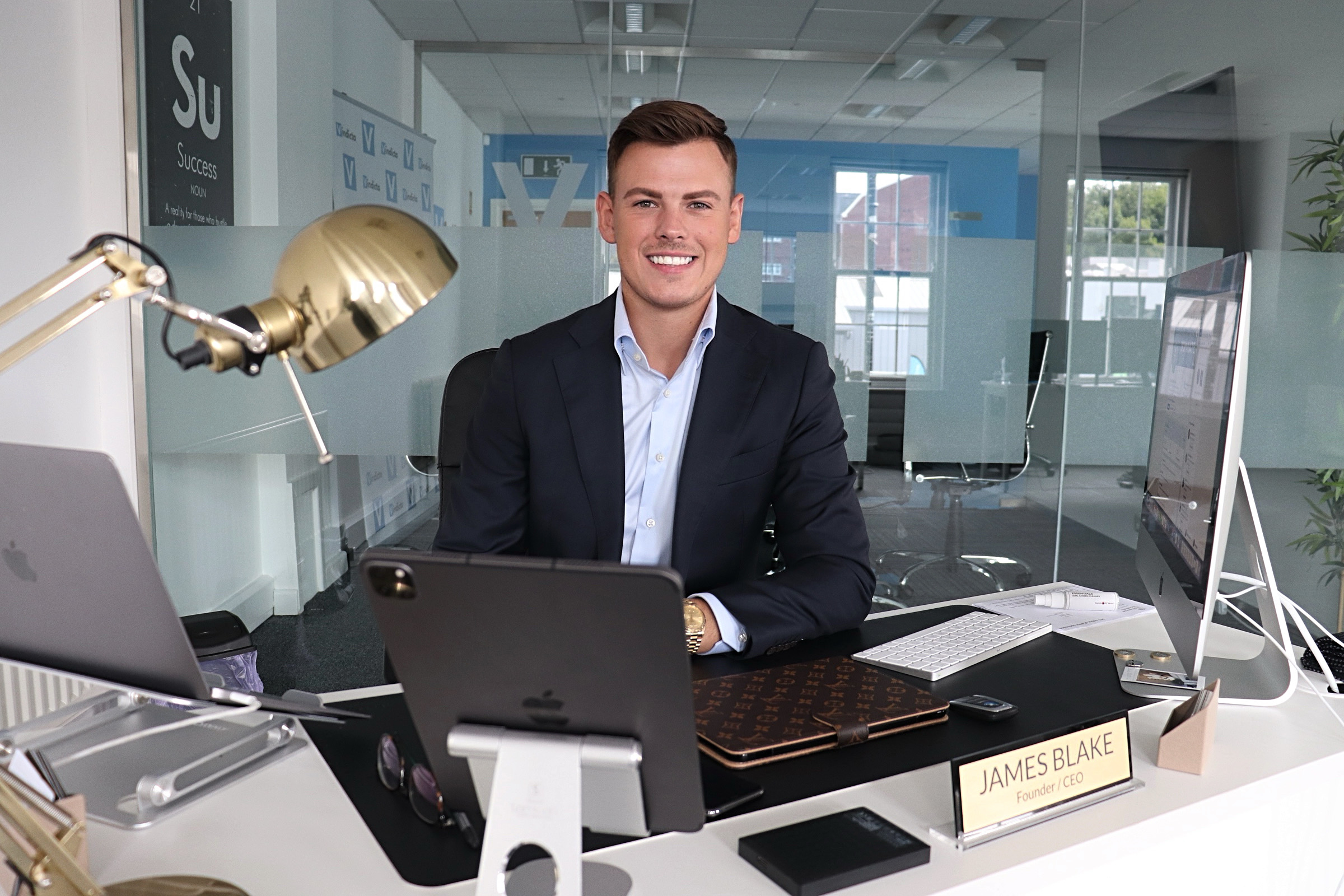 As the founder and CEO of a Global marketing outfit, Vindicta Digital Marketing Agency, Entrepreneur James Blake is smashing walls down daily whilst he works his way to the top. Over the last 5 years he’s built a company from nothing to a digital powerhouse offering digital marketing services to companies, celebrities and associations across the globe

James, 28, started the company at the age of just 23 in 2016 with under 500 bucks to his name. Looking at his social media we can see how the journey has been as it’s well documented and really gives us a feel of how much work and passion has went into turning his dream to a reality.

James boasts a large following of over 60,000 users across his Instagram and Linkedin with one of his most recent posts grossing over 2.3 million views alone.  The impact James has on the entrepreneurial community is absolutely something to be respected and admired.

James states, “My main successes in life have came from taking massive action. People tend to have little belief in themselves and they wait, they analyse, they wait and then they analyse again without ever taking any kind of action to actually achieve what they want out of life and business. By the time they’ve done that  – I’ve already surpassed them in terms of actionable outcomes 10 times over. This has driven my success to date.  I am only getting warmed up. ” James said.

James who comes from a humble working class background has admitted in previous interviews that he did not have the easiest start in life nor did he have an instant cash injection of sorts that he could rely on to create his vision unlike some other young entrepreneurs who get businesses handed down through generations. But he’s used what some would call a disadvantage to his advantage.

According to James, utilising massive action alongside street smarts, grit and resilience has been the key to his companies growth and success. Putting the initial explosion of the company down to 16 hour days and a relentless attitude, he grew his company from the ground up, initially in Belfast, Northern Ireland.

James’s attitude and consistent acts of action towards driving his business very quickly attracted the eyes of soon to be digital marketing team members and large companies who then would utilise Vindicta’s services. James also begun to associate with already well known celebrity figures in London such as Calum Best which led to contracts in London and further afield.

Vindicta has went on to work with household names across the globe on their marketing efforts over the last few years and has also in turn grown their team significantly having multiple locations across the UK, a partner company in Florida and a brand new state of the art head office in Northern Ireland.

In 2020 the power house of a digital marketing firm generated over £48Million in client revenues and have already surpassed this monumental figure in 2021.

James’s own profile as an entrepreneur since then has exploded online and off, having won multiple awards including Top 5 Young Business People in his country and having been recognised by Forbes as an industry leader.  James’s influence online has certainly grown as he now reaches millions of people via social media on a weekly basis.  He also regularly contributes to Forbes.com and other well known global sites.