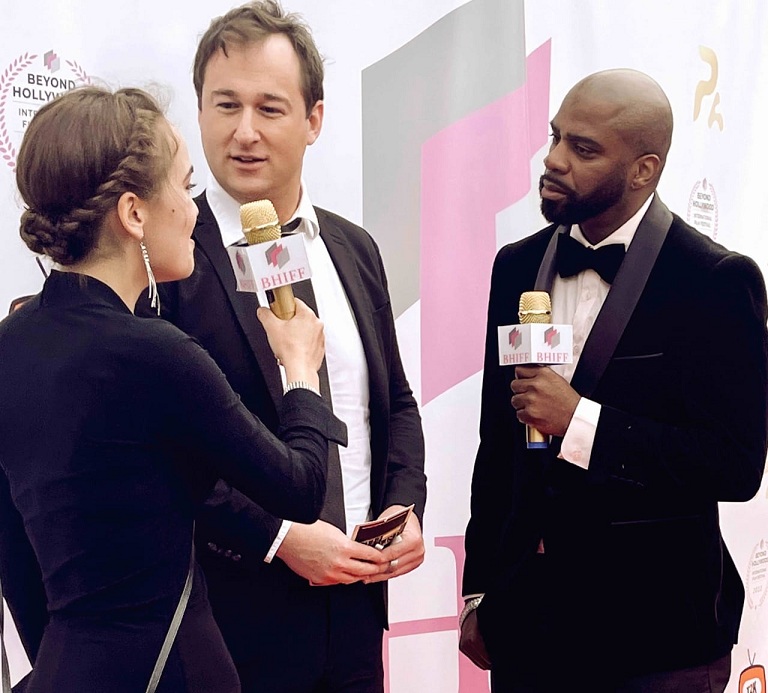 The Beyond Hollywood International Film Festival (BHIFF) unveiled its winners at the Fine Arts Theatre in Beverly Hills, Los Angeleson Saturday with James Pratt winning Best Actor for his role in the new feature film Malibu Crush, Ava Cantrell winning Best Actress for her performance in Twenty-Two, and Michael Schilf winning Best Director for The Fixer.

The star-studded festival saw a record number of entries from around the world, with finalists announced on18 May 2022 before the official start of the ten day festival.

Mr Pratt’s lead role of Michael Chase in Malibu Crush has garnered worldwide attention ahead of its release in five weeks. The indie comedy secured U.S.European and Canadian distribution through Cardinal XD Media, and Bounty Films in Australia and New Zealand.

“It was a real pleasure to be part of the festival and among the winners,” Pratt said. “Michael Chase was a fun role to play. He pretends to be a highly acclaimed film student director to impress an ex-girlfriend, however, she is very unimpressed by him and his directing. Malibu Crush featured so many talented people.”

Another big winner of the night was Bonnie McKee for Best Short Film, Best Composer, and Best First Time Filmmaker. She wrote, directed, and starred in April Kills the Vibe which tells the story of April, who wakes up after a rowdy New Year’s Eve with a lot more than just a hangover, she calls her partner in crime, Lola, to try to fill in the blanks. But the truth is uglier than April bargained for, and she is forced to confront her demons. Bonnie revealed on stage she also edited the film.

Eddie Baca and Perry Dell Aquila took out Best Cinematographer for Look In My Eyes and BHIFF also honored Marathon Mindset for Best Feature and Best Comedy, The Invitation for Best Horror, Love in Country for Best LGBTQ, Killing Georgia Jones for Best Thriller,First Love for Student Film, On/Off for Best Animation, Abstraction for Best Pilot and There’s No End for Best Documentary.

We know what it’s like to put your heart and soul into your art only to have it passed on because you are not one of the “lucky ones”. We started Beyond Hollywood because we know that a shift is happening in the industry.

The way we have designed BHIFF is unlike any other film festival. If you are chosen as a finalist for one of our categories, our team works vigorously to use the relationships we’ve built over the past 10 years to put your work in front of the people that can help take your project to the next level (Producers, Executives, Agents, etc.)