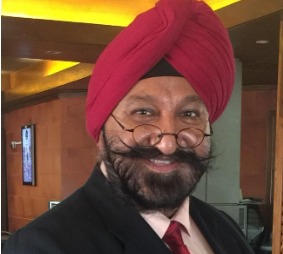 Healthcare probably dates back to as long as we can remember, but the introduction of Artificial Intelligence (AI) in the field is new. The frame of the healthcare department has been transformed by the inauguration of AI and machine learning. Due to several diseases like cardiovascular diseases (CVD), Atherosclerosis, Rheumatoid Arteritis (RA), Diabetes, Cancer, or newly waked Coronavirus (COVID-19), the health organization has started accumulating vast datasets in the shape of images, clinical trial data, population data, claims data, and health records.

The technologies within AI have been upgraded in some remarkable ways. They can definitely analyze any complex data and uncover patterns and insights that are not facile for humans to discover. Healthcare assisted with AI can empower any medical organization to add algorithms to workflow. With its use, clinical and business decisions will be facilitated, and the quality of the experience this industry offers will also be revamped.

Considering the benefits of AI in Healthcare, Jasjit S. Suri became determined to introduce AI in many disciplines of medicine. The great mind was born on November 6, 1964. He is an American industrialist, innovator, visionary, and chief technology officer (CTO). Suri’s core competencies include implementing AI in Biomedicine and Healthcare.

Suri always had the mind of an expert. As Vice-Captain from Sainik School Rewa, one of the 28 28 Sainik Schools of India, he participated and excelled in various extracurriculars during his school days. He represented his school in debates, athletics, shooting, and boxing, besides being excellent in academics. From there, he polished his skills, learning to be a leader.

After achieving his bachelor’s degree in electronics engineering from Maulana Azad College of Technology (MACT), Bhopal, Suri went to the University of Illinois, Chicago, graduating with his MS degree in computer sciences. Later on, he decided to complete his Ph.D. at the University of Washington, Seattle; one of the pioneering schools in the USA. In 2001, Suri was honored as a Fellow of AIMBE, after which he joined Weatherhead School of Management, Case Western Reserve University (CWRU) in 2002 and completed his MBA in 2004.

Suri wasn’t just exceptional at his schools; he had already started his career in 1990. He started by championing his skills in industrial computer engineering, computer sciences, biomedical engineering, software and hardware engineering, and its management. He leveraged his skills with some renowned names in the industry, including Larsen & Toubro (L&T), International Business Machines (IBM), Siemens Medical Systems (SMS), Philips Medical System (PMS), Fischer Imaging, Eigen Health, and AtheroPoint.

His association with AtheroPoint LLC, Roseville, has been extraordinary. While his cooperation, he developed biomedical vascular imaging technology for CVD and Stroke, which covered over 150 peer-reviewed National Institute of Health international journals in Ultrasound, Computed Tomography (CT), and Magnetic resonance imaging (MRI) areas. Moreover, Suri also conducted two clinical studies. He used AtheroEdge™ 1.0 to conduct an epidemiological trial on 1000 patients. Afterward, he used the same calculator on patients with diabetes, renal disease, and Rheumatoid Arthritis. He also evaluated the 10-year risk predictions for CVD and stroke using AtheroEdge™ 2.0.  Today, AtheroEdge™ 3.0 is all AI-based which includes office-based, laboratory-based, and image-based biomarkers for CVD/Stroke risk and can be used for diagnosis and therapy drug trials.

Suri has also been in the great spotlight due to his publications in the field of biomedical engineering, including design, scientific verification and validation (V&V), risk analysis, Failure Mode Effect Analysis (FMEA), predicate analysis, and clinical assessments, which have led to several FDA 510(K) clearances.  Suri has also developed explainable AI (XAI) systems embedded with pruning paradigms keeping low-powered edge devices in mindset.

His contributions during COVID-19 have been exemplary. Suri’s recent work is in applications of AI in healthcare and the design of “Unseen AI” vs. “Seen AI” systems for COVID, Parkinson’s, and CVD. He is among the most perceptive individuals with over 50 US and European patents. He has been linked with various diagnostic centers worldwide and managed several operations in the medical device industry at the COO and CTO levels. His latest innovations in the field of “AI in Radiogenomics”, a branch that combines Radiomics and Genomics, are starting to shape better diagnosis and oncological treatments. He is truly a powerful house of innovation, talents, skills, and a deeply caring and passionate personality for the team he leads-an an ideal source for taking innovative technology to revolutionize the industries.

The well-known Artemis program for prostate biopsy was also developed under Suri’s supervision. Being an exceptional innovator, he was honored as a Fellow of the IEEE-EMBS, the largest body of Engineering in Medicine. His leadership traits are backed up by his skills of being an assertive speaker in the field of engineering in medicine and biology, especially in medical devices for healthcare markets. Due to his cardiovascular and vascular contributions, remarkable innovation, and championing of AI, he was nominated with the highest honor of being a Fellow of the American Institute of Ultrasound in Medicine (AIUM), the Society for Vascular Medicine (SVM), and the Asia Pacific Vascular Society (APVS).

His proficiency and work were also recognized when he received the Life Time Achievement Award from Marquis in 2018 and Director General’s President’s Gold medal in 1980. Suri is a true mark of a stellar academic career journey. Several key scientists, and industrial managers, around the globe have drawn inspiration from him as he continues to achieve more milestones, while stationed in California, USA.

The Impact of Technology on Student Essay Writing