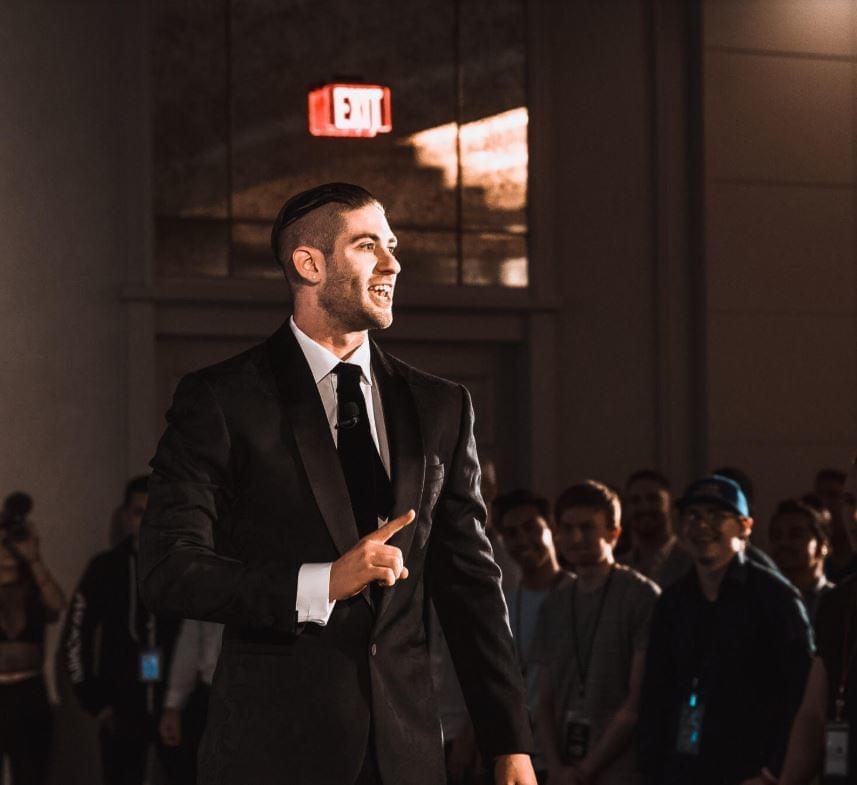 Have you ever wanted to earn the respect of everyone who ever looked down on you at some point in your life? To prove them all wrong and live with true freedom? Well, there are a million ways to do so.

Jason Capital has demonstrated this more than one time. Capital went from just wanting to play college basketball to becoming a millionaire at 24. He did this in an environment where all the odds were against him. No one expected him to make it.

Today, this self-made millionaire has gained the trust of top CEOs and other business moguls all around the world and is teaching other entrepreneurs how to do so too, as a way to give back.

The Man Behind the Name, Capital

Capital is a 31-year-old entrepreneur from West Bloomfield, Michigan. He is a high-income expert well known as the best selling author of the book Higher Status.

Jason is also recognized as a Top 100 Entrepreneur by the White House. He is a guest contributor to Forbes and has been featured on Entrepreneur, CNBC, TIME, Money Magazine, and a dozen other high-authority publications.

Capital started playing basketball at the age of 13 and took more time playing as a way to escape the real world. It is at this point that he developed the dream to play college basketball.

Although Capital was a good player, he never made the team in high school. His resilience, even so, allowed him to prove all of his friends who looked down on him wrong, by making it to college basketball. This, however, did not last long because he was already burnt out from playing basketball by the age of 20.

Capital had achieved his goal, but he didn’t know what to do next.

During his time playing college basketball, Capital met a lot of players who needed help to develop their skills. This led him to create a basketball handling course to help his new-found clientele get better.

That became his big break.

Capital made his first $20,000 at age 20 by selling his course online. At this point, he had proven that he didn’t have to live as his parents did. After going from being broke to earning $20,000 from his laptop, he moved to San Diego to start a new life.

San Diego was all about life in the fast lane, but it came to an end, and Capital was back to his mother’s basement, bankrupt.

Now he faced another challenge. He had to reinvent himself.

Although he was hesitant at first, Capital began an online dating course. The dating coaching was a success, bringing in a seven-figure income. Within the next nine months, he moved out of his mother’s basement and became a self-made millionaire. He was 24 at the time.

This success earned him many names including “the pre-eminent expert”, the name was given to him by the 50 Billion-Dollar Man, Dan Pena. As of 2018, Capital’s net worth was $2 Million.

Capital’s Passion for Giving Back

After all of his achievements, Capital is helping other entrepreneurs make more money through online marketing by applying his high-income skills. He is also into business coaching and consulting for professionals, and assisting young and upcoming business-minded people to replace rat-race income with laptop income.

In all, Capital has helped bring up and make life easier for professional athletes, best-selling authors, Navy SEALS, Hollywood actors, and Fortune 500 executives. He encourages young people to seek out mentors who can teach them secrets to success, and top-notch professionals who can pass on the knowledge that others pay a lot of money to acquire.

To provide more environmental exposure, he advises entrepreneurs to attend many conferences. This way, they can meet experts in their respective niches and pick their brains.

Jason Capital has learned his many lessons the hard way and reinvented himself a couple of times over, thus he is the best example to learn from. The man is living proof that you can do more than what people think of, even in almost impossible circumstances. Capital worked relentlessly and earned the respect of everyone around him. Bedros Keulian is even quoted to have said, “Jason Capital is one of the top 10 most influential people on the planet”.

Why Thousands of Dog Owners Trust No Flap Ear Wrap

Darryl Drake’s Wisdom Is One Of His Biggest Assets