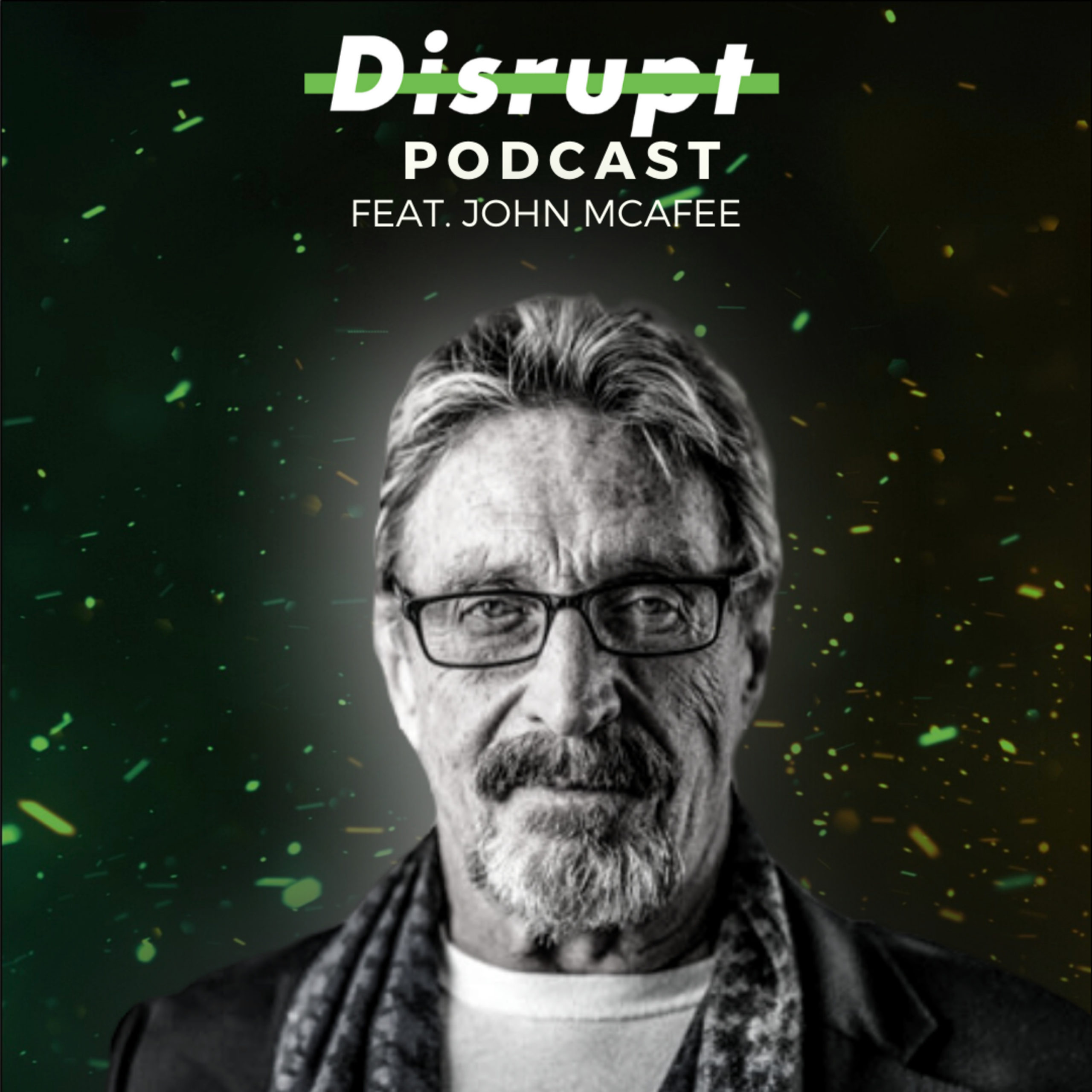 On this UNCUT episode of the Disrupt Podcast, I sit down with British-American computer programmer and businessman, John McAfee. We discuss how our freedom is in danger during this global pandemic. This is by far one of my most intense interviews ever done, as we discuss everything from government fear mongering and mind control to the crashing of the global economy and surviving a post apocalyptic future. You are NOT going to want to miss this episode.

“My campaign platform contains one item: how do we free ourselves from a government that no longer serves us, but instead has become our master – controlling our every action, down to the detail of what we may or may not put into our bodies and minds.

Our two party system created a voting process which is an illusion, and a government that fluctuates between two extremes – each extreme annulling any progress made by the opposition in the prior administration. It is a government that has gone insane. While we carry the burden of this government we are not free.

Any attempt to address national problems, of any nature, is doomed to failure. The best that can be hoped is a solution driven by conflict and incomplete in substance. Until we free ourselves, we are powerless to create any real change. And since our insane government keeps massive secrets from us and is masterful at disinformation, there is not a single National issue that we know the true state of. How then can we address it? You cannot fix what you cannot see.

So do not ask me about immigration, foreign relations, education etc. I have no idea. Those claiming that they do are lying to themselves, or if not, they are purposely lying to you. We must first be free. Freedom for The People is my only goal.” – https://mcafee2020hq.com/

Send in a voice message: https://anchor.fm/disrupt/message