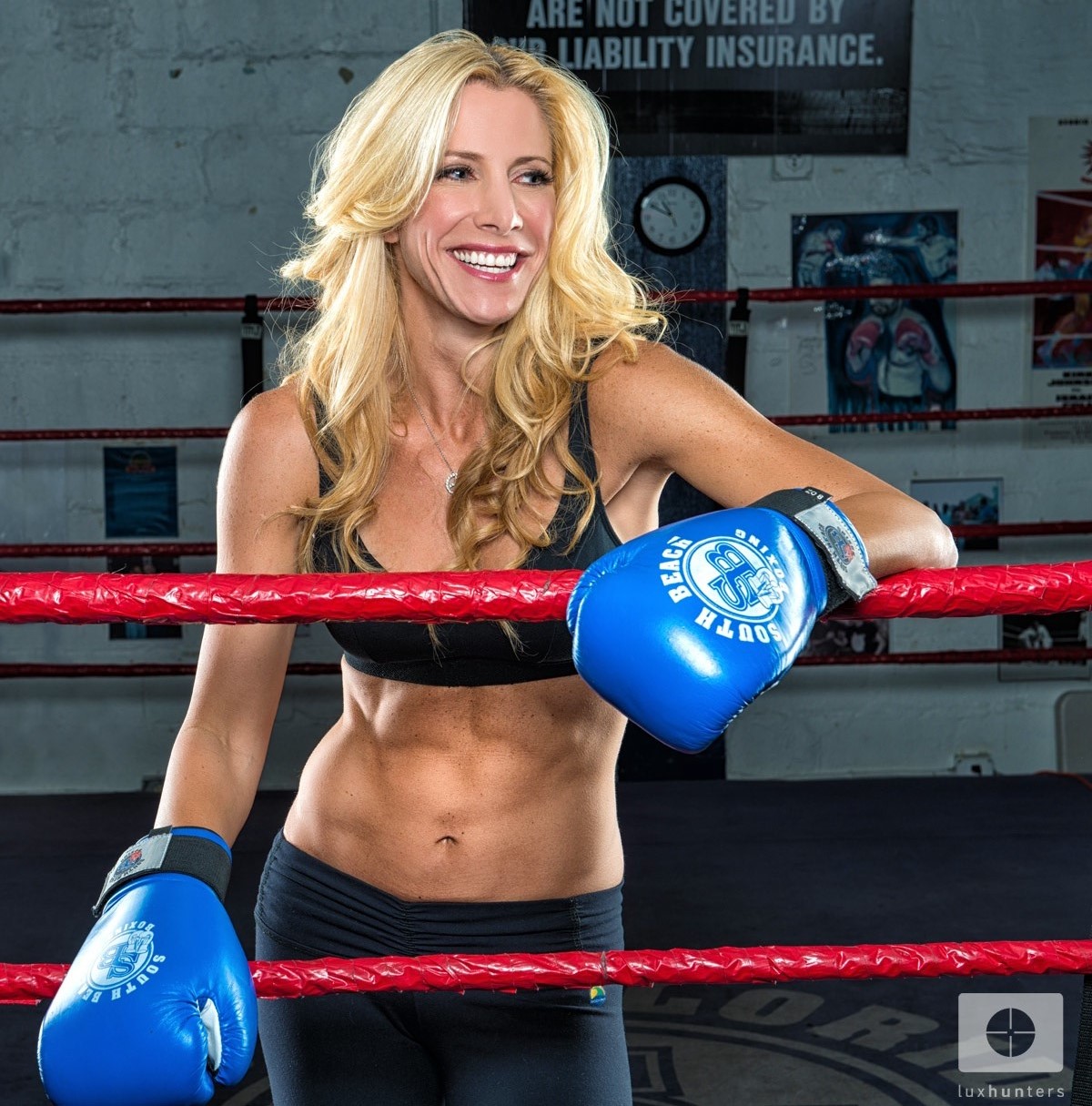 Jolie Glassman describes her entry into the boxing industry as serendipitous. As a school teacher working in lockdown facilities and detention centers in earlier days, Glassman says fighting was a fact of life. However, Glassman worked hard to show people there is a right and a wrong way to fight. So, she began facilitating fights within those facilities that had a purpose and followed the rules.

“I would let the kids fight, but there was no bullying, no one jumps in, that was the problem in these inner-city schools, all the kids ganging up on each other. So I was always teaching fighting,” says Glassman.

Beyond fighting, Glassman has always had a passion for fitness. Not only was it a way for her to make extra money, but it also provided a stress outlet, an avenue to be stronger, fitter, and better.

When Glassman met her ex-husband, he was working in fitness clubs, and his dream was to open an English pub, a bowling alley, or a boxing gym. Glassman says when she heard the word ‘gym,’ it was all over for her. And from that point on, her whole life began to swirl around until it landed at boxing. She explains, “Boxing was the serendipitous part. I was teaching it— always. So, I got to meld everything I love for the past 30 years and stack it.” Glassman says even though the gym was her ex’s dream, she has definitely benefited from making this her way of life.

It seems to be a unique calling for a female; however, Glassman doesn’t see it that way. In her mind, she’s paid her dues in the fitness and boxing game for 24 years. She’ll admit some people didn’t want to listen to her at first. “But I kept being me and generating what I knew. I did my research, and I really learned.” At this point, Glassman says people started to take notice. They began to see her as an industry expert, and she just kept doing what she did best. Eventually, Glassman says her character and her results started to overshadow her sex. “Often people are like, Oh, you’re a girl? But then that becomes okay.”

Glassman explains that it became okay because she’s 100 percent all about the win. Glassman says she doesn’t need to prove herself and win over those who don’t believe in her.  “I am only for the people that seek me out and really want what I offer and see who I am.” Glassman says that being “30 deep” in the profession makes being female a non-issue. “I don’t think it’s a male vs. female thing. It’s a boxing experience thing. And experience wins.”

As she puts it, “Yeah, I paid my dues for sure.” And she’s been highly successful, which Glassman says is a testament to her health and fitness faithfulness. “The key to my success over the past 30 years is immersion. I never leave the field. I eat, sleep, and breathe it. I walk the walk—I talk the talk,” says Glassman when she explains her mindset.  A self-proclaimed “badass” when it comes to her morning and nighttime routines, Glassman says, “I really take on my life in such a way that shocks others, and they follow because they’re like ‘Wow, she does it!’”

And in her authentic style of living and breathing her passion, Glassman has aligned herself with some top names in the biz. She’s had Muhammad Ali celebrate birthdays at her gym, South Beach Boxing, and also got down to business training Will Smith for a movie role. Currently, she’s been sharing some time and space with Mike Tyson, who she says is writing the foreword for her book. “I’m really aligned with him [Tyson]. And I’ve been spending a good amount of time with him.”

Glassman says she’s honored to have such a great relationship with Tyson, who she says is a “living legend.” She explains, “I feel like he’s such a boxer in the ring. And I’m such a boxer in life, and we complement each other because we’re both real talk that brings real results.”

Glassman says another commonality between her and her hero is that neither one has a filter. “I happen to be accepted in the world for being able to have that real talk. I’m very precise with my speaking, and I don’t fluff it up. And I come from love. And the listener understands that and gets that and feels that because it’s authentic. I teach people to be authentically who they are and come from a space of love.”

So what’s on the horizon for Jolie Glassman? She’s completely excited and grateful for her first book coming out by the end of the year. In addition to having Mike Tyson add a forward, she also has Kelly Lally, Muhannad Ali’s ex-wife, contributing a forward. Glassman says Lally is her best friend and like a mother to her.

Her book, 101 Rules to Boxing in Life, was written with love as a curriculum for life fitness. Glassman says her purpose is to help people become their own heroes and be badasses in their lives. One thing is for sure, Jolie Glassman refuses to slow down.

Who Is Yash Sonawane