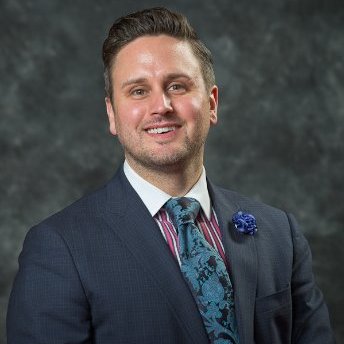 In general, everyone aspires to own a property that they can call their own home sweet home. Owning a home is probably the most common goal of the working class, especially mothers and fathers. They dream of providing their family a roof over their heads that will keep them warm and comfortable. It could be an apartment, a bungalow, a row houses, or a cottage. Almost everybody is drawn to have their own home. A house provides its occupants with a sense of security.

A 2019 survey revealed that most Americans consider owning a home as an integral part of the so-called “American Dream.” It is the top priority of most Americans ahead of retirement and having a successful career. However, a large percentage of Americans do not own a home because their current income cannot afford to buy one. The rising cost of owning an apartment or a house hinders many Americans, especially low-income earners, from having their own home. For them, home prices have become the biggest obstacle in achieving this well sought after dream.

But here is the good news for Americans. They can now own a home with less the price of a house or an apartment. Midwest Park Capital offers Mobile Home Parks. “It is the most affordable housing in the United States today,” said Jonathan Tuttle, fund manager of Midwest Park Capital.

Jonathan said that today, millions of Americans need affordable housing. Midwest Park Capital responds to this demand through Mobile Home Parks. “What we do is we raise capital from accredited investors to purchase Mobile Home parks,” he added.

Jonathan explained that mobile home park lot rent costs on average $280 per month nationwide. For that amount, an average American family can already have their own home. “A unit in Mobile Home Parks costs less compared to getting a house or an apartment. The Mobile Home Parks will only cost you about a third of the price of a house or half the price of an apartment. For example, in Illinois, in certain markets, mobile home residents pay as little as $10 worth of tax per month. So far, mobile home lots are the cheapest form of real estate that Americans can find,” he added.

The Next Big Thing In Real Estate

Mobile Home Parks is excellent news for investors, for it is the real estate investment opportunity that has the lowest failure rates. Mobile Home Parks can be mass-produced, and their value will remain the same regardless of the economic condition.

“Investors must realize that Mobile Home Parks might be the next major hit in real estate. There is a huge demand curve for affordable housing, but there is a limited supply of mobile homes right now. Imagine that in the last two decades, only ten Mobile Home Parks were developed. And yet the demand continues to rise every year,” Jonathan said.

Jonathan explained that around 10,000 baby boomers retire every day. Most of them do not have significant savings; therefore, they cannot afford to buy a house or an apartment. So, the best solution for them is the Mobile Home Parks. “Midwest Park Capital foresees that Mobile Home Parks will play a critical role in addressing the inadequacy of affordable housing in the United States,” he added.

Jonathan said that Mobile Home Parks are typically low-risk investments but provide consistent cash flow. Many business personalities are betting on the mobile home industry. They are expecting a boom in Mobile Home Parks as the demand for affordable housing surges in the United States.

In 2003, billionaire and investment guru Warren Buffett made a considerable investment in the mobile home industry. Also, Berkshire Hathaway bought the largest producer of mobile homes in the country—Clayton Homes. Two of the largest private equity firms in the United States, the Carlyle Group and the Blackstone Private Equity, are also betting on Mobile Home Parks as they bought a large number of mobile home parks in the past few years. Even the government of Singapore invested $2 billion on Mobile Home Parks.

Who Is Jonathan Tuttle?

Jonathan has been exposed to the nitty-gritty of real estate since he was young. He witnessed how his father ran a real estate family business. He saw how his father housed and acquired multi-family apartment buildings and parcels of land, and managed several residential real estate offices in the suburbs. His father was even recognized as the preferred home builder by Inland Real Estate.

Following the footsteps of his father, Jonathan joined the team at Yale Realty and Capital Advisors, wherein he became President of the Midwest, successfully closing $2 billion worth of brokerage real estate transactions and evaluations.

After some time, Jonathan helped establish Midwest Park Capital. This real estate investment company provides accredited investors with exclusive access to high yield investment in the mobile home park industry. “It is a company that is helping Americans get access to the most affordable type of real estate,” he added. His efforts are helping to bring stability to people during uncertain times, a true testament to his actions toward promoting the greater good for all.