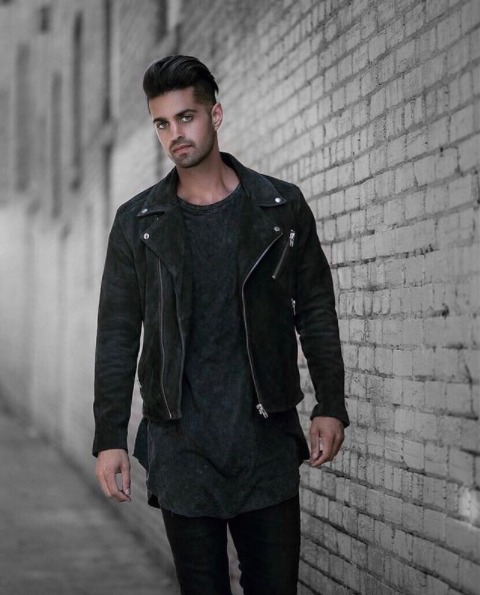 Earlier, he only used to design for himself, and people used to admire his work. His art and creativity speak for themselves. In significantly less time, Kamran started growing popularity among people. People began to recognize him for his work and passion. Karman began approaching people to style them for their special days, and after putting in lots of hard work, Kamran started getting styling work. Karman started getting requests to design outfits from different people, and word of mouth spread, and people began recommending his name to their friends and colleagues.

Now he is a Celebrity Stylist and Wardrobe consultant, and he worked with celebrities Marina Laswick, Eric Bledsoe, and Kelly Kelly. His passion helped him grow, and he founded the fashion styling company KMSTYL. It is just not it Kamran started his own Real-Estate business and also dealing in some fantastic properties. He developed an App called MyNxtHome. Kamran says he always wanted to create his clothing brand and will be working to make it come true in the future.

Despite having a lot of competition, Kamran made it. In Los Angeles, CA, many people dream of being a stylist. Competition with them was challenging, but still, I never gave up on my dreams. I have always believed in working hard and getting things done on my own. So many times, I felt drained and tired but giving up was not the option. The only thing I knew was that the hard work would pay off one day, and people would know me by my work.

Kamran said Instagram helped me in showcasing my talent rest was word of mouth. People liked my work, and they marketed for me. Now I get requests from artists and athletes to style them.

Kamran says when you start growing as a businessman, you know the sky’s the limit, and expanding is all you can think. My only motive to expand this business is to help people. I want to make sure I help people by all means.

In becoming an entrepreneur, Kamran worked hard, and he has always been focused on his success. Taking one thing at a time is essential. I always believe and keep putting in the effort. Every mistake you make will help you in learning and growing as a person.

Luidmyla Tkachenko is a name that many people should get used of hearing.