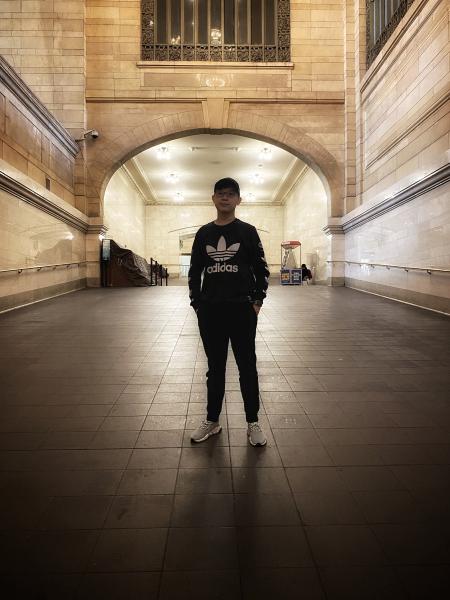 “Luck might be an important part in success. But, as they say, hard work always pays off.” These are the wise words from a young man called Kenneth Mak, who is already on the path to entrepreneurial success.

You Don’t Become Successful By Chance

Kenneth Mak certainly had a lucky start with his education when his parents were fortunate enough to have his name picked out of a box and win him a place at the prestigious Anglo Chinese School (ACS) in Singapore.

ACS is well known for producing high achievers from cabinet ministers to Olympians, and many of its alumni have gone on to study at the best universities in the world, including Oxford, Cambridge, Harvard and Yale. They have a ballot system in place for enrollment to widen the school’s demographic and give a chance to all.

Sadly, the young Kenneth Mak didn’t make the most of this opportunity, became complacent and allowed his grades to slip. When it came time to move on to high school, he failed to meet the requirements for the ACS Barker road and had to settle for the government-run Whitley Secondary School in Bishan and their five-year Normal Academic (NA) stream.

This proved to be the spur he needed, and Kenneth upped his work rate and managed to graduate in just four years instead of five. He went on to study at the Institute of Technical Education for two years, achieving passes in his Higher Nitec courses before moving on to Temasek Polytechnic. He left Temasek after two years with a Diploma in Computer Engineering, a year ahead of schedule.

A believer in all things hi-tech, Mak developed an interest in cryptocurrencies soon after their inception. He has researched diligently into Bitcoin, Etherium, XRP and the rest, and understands not just the technology behind them but the way the markets operate. This has allowed him to make shrewd decisions about investing in cryptocurrencies and has meant that he has managed to amass enough wealth at a young age (he is just 21) to start more than one company.

Mak now runs a web development company in Singapore and is the founder of Hypebeast Market, a clothing label that majors in the streetwear style. He has developed a network of suppliers and partners across the globe to remotely market his various income strands.

This young entrepreneur also owns URL.io, a link tracking and analytics platform for marketers, and a web hosting company, Mak’s Hosting. When asked what his philosophy of life was, he replied: “Be positive and work hard. You will get your reward.” Simple and direct, and obviously working for him.

Mak’s story is inspirational and should encourage everyone who is looking to be successful. You don’t need a fairy tale upbringing, the best education and all the right contacts to move forward through life. What you must have is a good work ethic and the ability to apply yourself to the tasks in hand. It might not be easy, and it may take time, but keeping your nose to grindstone will allow you to reap the rewards, you just need to believe in yourself.

The fintech world can appear a forbidding place full of uncertainties and difficult to understand. Would Mak have become an entrepreneur without cryptocurrencies? Probably, his hard work would have paid off somehow. But he sensed that a moment had come, did his due diligence and reaped the rewards. That’s the aspect that sets him apart, the spark that will lead him to greater success: the ability to see an opportunity and grab it with both hands.