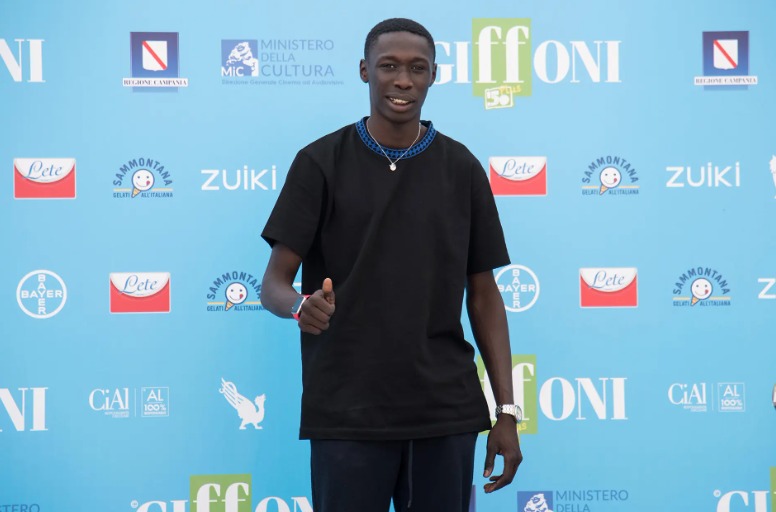 Khabane Lame was a machine operator but now trending and just became a star from an account he created on TikTok just two years ago. He had lost his job due to the escalation of the pandemic. At the age of 22, Lame has become the top TikToker in the world. He officially overtook Charli D’Amelio, an American sensation who is 18 years old, on Wednesday. Currently, Lame has 143.5 Million followers, while Charli is 142.3 Million. A fan commented on his recent clip seeing him on top of the spot, saying that ‘the king is no one on TikTok.

Lame shares humor-mocking clips as he presents himself comically as clout on the chase after other influencers with their top videos and is expected to comment on the extraordinary moment that is a milestone to him. The 22 year is Senegal was born but moved to Italy with his parents when he was one year old.
He worked as a machine operator after completing high school. He was later laid off from work in March 2020. After this, he says he had a lot of time, yet the pandemic had just started, so he felt bored and decided to start making videos on TikTok.

Lame joined other creators in parading clips on TikTok, displaying different creativity on basic things like baking and even comedies of personal and family life. He primarily uses visual humor in his videos and clips but rarely speaks. This communicates to all his viewers worldwide, but he is currently learning English.
Lame says that he has always had a passion for making people laugh. He also describes himself as one with inspiration and ideas and a simple person. According to his paper, he has risen organically since his production is not as polished as most stars and producers today. His authenticity over production also helped him scale high, as an expert commented, the feeling that he is not doing too much and still makes it.

Lame, however, says that he thoughtfully constructs his videos even though they may appear simple. According to him, he spends more than two hours identifying suitable content for parody daily. This needs care since he has to ensure that no one is offended by the videos he creates, and as he says, he also prefers the light-hearted instances to joke with his videos are at more than 2.3 Billion likes, each watched by more than 10 million people, making him among other influential young people. Although he is still shocked by his fame that has unexpectedly risen, he hopes to even move higher to Hollywood. From doing it for fun and now to unexpected fame. His journey and background were the pillars of his strength, even believing in his dreams to excel through perseverance and commitment.

A Quick Overview of SnagIt: What It Is, How to Use It and Why You Need One