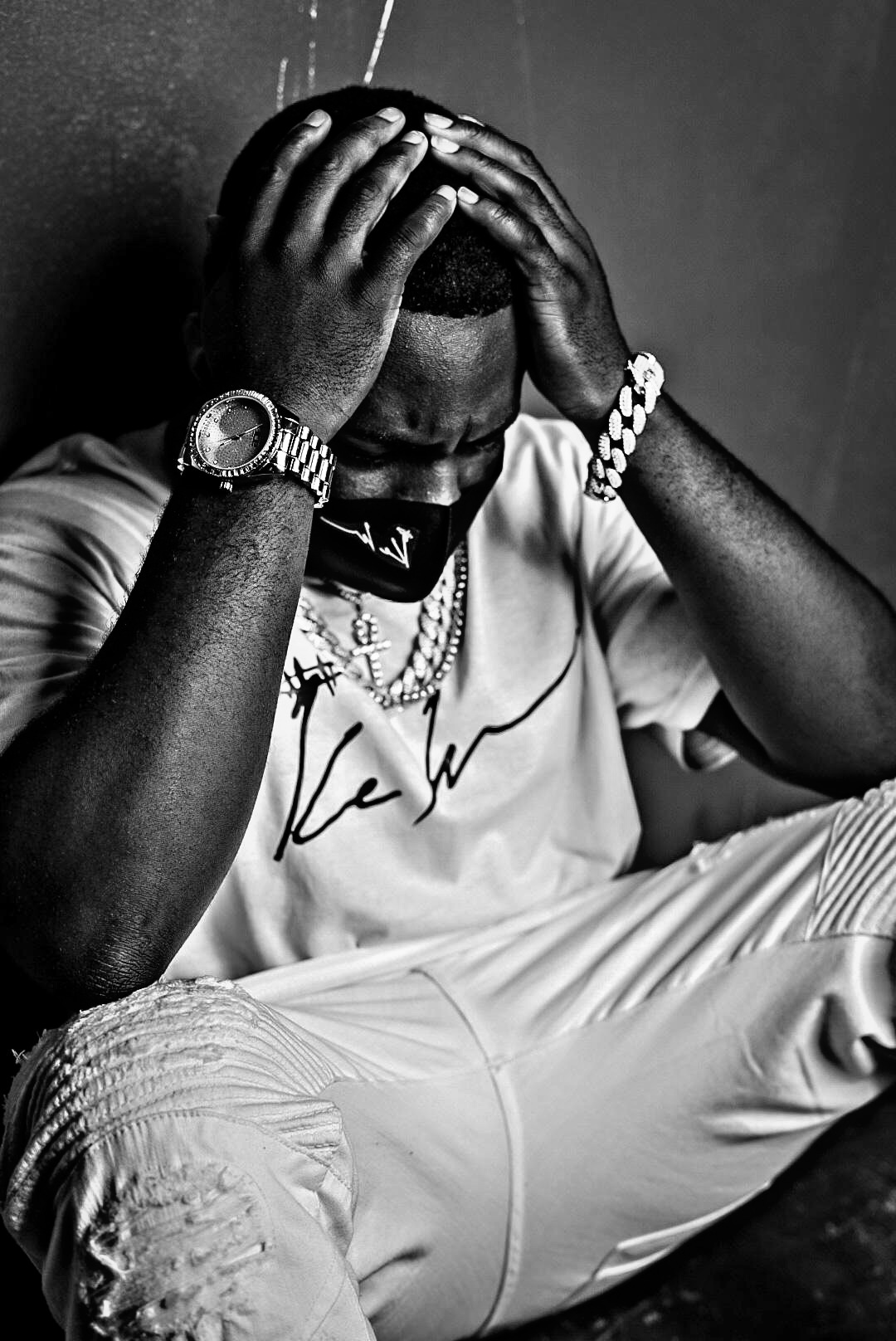 From Kansas, King Kelo has been making large strides as a musician. We got the chance to talk to him about his career. Read the interview below.

I was born, and raised in Wichita, KS before I later moved to Texas as a young teenage chasing a dream. As a kid I grew up in deep poverty, and had a hard time keeping food in our stomachs, and a roof over our heads. The struggle, and pain lead me to writing down what I felt inside, which eventually formed into poetry. I fell in love with music as a small petite child, and at the time it was the only thing I had that kept me motivated to continue to work harder than everyone else. I have always wanted to be an artist, and I will do whatever it takes to be the best at what I do.

I am from a city called Wichita, KS. The music scene is very poor out there, its nearly impossible to make it out my town. I plan on being the first.

As I said I started out with poetry as a young child around the age of 7 or 8, and from there it started turning into short verses. Eventually I got good enough to write full songs around the age of 12 and 13. My first song I have ever record was a song called “Discretion (feat. Breana Marin” (found on my first EP, “King Kelo”). The whole EP was featured on major sites like thisis50.com, desertstormradio.com, and others.

I can honestly say I’ve always been into music, there have always been a natural connection with me, and sounds around me. As I grew older the connection grew deeper, and making music was a passion before I finished middle.

The most challenging thing I have overcome in life is thinking that I have to prove myself to the world. I grew up with this thought of me having to please everyone so everyone will like you. I wanted to impressed everyone, I wanted to prove to the world that I was cool, and good at what I do. I later realized that wasn’t necessary. It doesn’t matter what people think of you, you have nothing to prove to anyone, and the only person you should worry about liking you is yourself. This has helped me improve as a person, and as a artist overall.

I am a independent artist, and I manage myself.

I don’t just have one inspiration when it comes to music. I could name off a whole book of inspirations for me. But some major ones would be Tupac, and his intelligent, outspoken persona he presented. Kendrick Lamar is a really major part of my craft today. He inspired a lot of my flows, and styles over time. He’s a master at what he does. Some others would be like Eminem, Drake, Lil Wayne, Busta Rhymes, 6lack, Joyner Lucas, and even Sam Smith has inspired the melodies I use in some of my craft.

I want them to take away whatever they can from my music. I want them to know they can do whatever they put their mind and effort towards. I make music for the ones who think there’s no hope for them in life. I give them the knowledge I had collected over the years, and stare my experiences to show them that it’s not impossible to make something out of of nothing. I am I want to be their mentor, and a reason they achieve their dreams.

I just recently released my EP, “The Pandemic”, available on all streaming platforms. I also just dropped a single “Distant Love” on my YouTube channel. Be sure to check them out, and stream them everywhere.

As a artist I believe all of my achievements are equally as great because without the last achievement, the next one wouldn’t be possible. I don’t have a “greatest achievement”, I have milestones.

No I do not produce my own music, although I wish to learn that side of the craft. I have a good friend of mine from Wichita, KS who goes by the name “IVIW” (@iviw_beats). He’s a nasty producer, and can really cook up a fire track for just about any genre of music. He is usually my go to guy when I need something organic and original. I also work with some dope engineers from my city. My go to engineers when I’m in my home town would always be “Bilistic” at NLR Studios (New Life Records), I’ve been working with him since I was in high school and he’s watched my progression as a artist with his own eyes. Another engineer I have worked with is “Lyrical Miracle” at Greatness Studios. He has some dope skills when it comes to Producing a hot track. Shout out to Deniro aka Swagg Candy, he’s a artist I recently started working with, and he has produced a few of my tracks on the album as well. Aside from producers, a good friend of mine, Cedric Bellamy, aka Legacy City was a major part in the start of my career. He produced my very first EP (King Kelo), and he was a mentor to me as a young teenage artist entering the music business.

One artist I really want to work with is Kendrick Lamar. He is my all time favorite rapper, and the way he snaps on a track, makes me believe we could set the studio on fire going bar for bar. Even with his melodies and radio hits, I think we could make magic happen if we were to ever collaborate. Other artists like J Cole, J.I.D, Joyner Lucas, D Smoke, Rod Wave, Polo G, Jhene Aiko, and H.E.R are some other artists I have a strong desire to work with in future.

I just recently released my EP, “The Pandemic”. The name comes from the worldwide crisis we have all been dealing with all year. the play on words comes from pandemics being a worldwide outbreak, usually a disease thus referring to the EP being a worldwide, and overall “sick” project. Some artists you may see on the project will be Damien Styles, O.z Thehitmaker, King Blitz, and Endlyss.

You’d be surprised how a day in my shoes may look, Im usually king up really early in the morning to workout, after that I start grinding through the day to get all my tasks done as a artist. This includes business calls, studio sessions, online orders for merchandise, and etc. I give myself at least 3 to 5 goals a day to complete so I stay occupied, and productive. Around the afternoon I’ll hit the court, and ball up on the neighborhood. After that I usually head home and start grinding on Call Of Duty Warzone or I’ll play fortnite with my mother and siblings because they love the game. I try to switch up the routine a lil bit everyday so my life doesn’t get too repetitive, but these are trghe the main things u would be doing in my shoes.

Interview with Self Made Entrepreneur Marie Blanchard

A Different Kind Of Engineer: Martin Velasco Ormeño Is Not Your Typical Number Crunching Engineer, But Rather An Expert In The Digital Marketing World