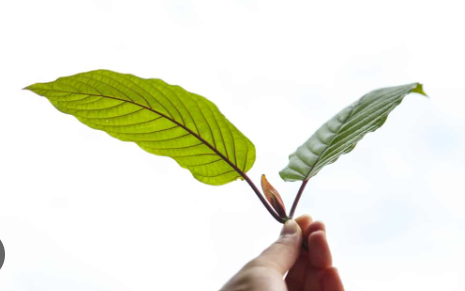 The West has recently seen a surge in interest in complementary and alternative medicine. Herbal medicines have been used for thousands of years, and many people are curious about them, from hemp extract to the leaves of the kratom tree.

Here, we’ll discuss Red Sumatra kratom’s purported benefits and effects. Common inquiries will be addressed, and advice unique to the Sumatra kratom strain will be provided.

South East Asia is home to the kratom tree (Mitragyna speciosa) from Thailand to Papua New Guinea. People worldwide have relied on its leaves’ social and therapeutic benefits for thousands of years.

There are specific concerns for which the leaves can be used as a stimulant. Red Sumatra kratom is the most well-known among kratom varieties because of its soothing effects. Its effects are longer-lasting and more robust than those of other strains.

An effective sedative when taken in larger quantities. One of the more sedative-focused strains of the kratom plant, it is often eaten as a tea brewed from a powder (along with other red vein varieties).

Red Sumatra kratom originates from Indonesia’s Sumatra island. Sumatra is the sixth-largest island in the world and is home to one of the most beautiful and diversified ecosystems globally. It is also the origin of one of the most potent red strains.

When it comes to Kratom, the Red Sumatra variety is among the most potent and calming ones. White Sumatra and Green Sumatra are only two of the many unique strains that come from this island.

Red vein is the most comforting and effective pain reliever among these. The most potent effects of red Sumatra are relaxation and sedation. Due to the fabled potency of Sumatran leaves, Red Sumatra is a popular option for those seeking a deep sense of peace.

For centuries, locals have relied on the kratom plant’s leaves to treat various ailments. Historically, people have used the plant in one of two ways:

In several Asian nations, including Thailand and Malaysia, Kratom is still commonly used at social events, where it is believed to have both a social and spiritual function. Historically, it has also been employed as a treatment method to boost job productivity.

Because of its adaptability, Kratom can have both stimulating and soothing effects, depending on the dose, the time of harvest, and the specific strain.

A healthy appreciation for the connection between plant variety and activity of use is crucial. This reverence has always been an integral aspect of recognizing Kratom’s benefits.

The function red veins play in Red Sumatra’s differentiation from other Sumatran strains is worth exploring.

One of the main alkaloids in Kratom, 7-hydroxy mitragynine, is more concentrated in the red vein leaves of mature plants. Younger, white-veined leaves still need to contain as much of this alkaloid. As a result, the following distinctions can be made:

The calming effects of the Red Sumatra strain make it ideal for meditation and small, private meetings. Compared to other strains, its effects tend to linger for extended periods. For this reason, it’s perfect for extended contemplation or meditation.

One strain, Red Sumatra, is said to have a calming effect on the mind and body. Historically, people with chronic pain problems like fibromyalgia have turned to Kratom for relief.

The alkaloids found in Kratom, most notably mitragynine, have the effects listed below.

This could be promising evidence for Kratom’s analgesic and soothing effects on the body and mind.

Why Should I Want To Try Red Sumatra Kratom?

Some of the most potently relaxing strains include Red Sumatra. This makes Red Sumatra a potentially attractive option for anyone with chronic pain or a hectic, cluttered mind.

The soothing effects of this strain make it useful for a wide range of consumers beyond the medical community. Any of the following could be improved by using it:

The Red Sumatra strain has been said to have euphoric undertones and a pleasant heightened perception of air temperature. If you and your loved ones are interested in developing a deeper spiritual connection to the world, sharing such experiences in a small group could be an excellent way to do so.

Taking time to relax somewhere you feel at home could be beneficial. It is common for the effects of the Red Sumatra variety to last longer than those of other strains. If you’ve had a rough week, perhaps a cup of Red Sumatra made as tea can help you relax and unwind for the day.

Where To Get The Finest Red Sumatra Kratom

Knowing the correct dosage is essential, but so is getting it from a reliable source. The United States is home to several reliable retailers selling premium goods.

Likewise, many sellers must provide the goods they say they do or ask for ridiculously high fees. The sad truth is that dishonest dealings occur anywhere someone spots a chance to make a buck.

However, monetary concerns are only part of the picture. Unaware consumers risk major health problems if they utilize low-quality products or have been tampered with.

To counteract this, we have compiled a list of the best kratom merchants and a summary of their services in which GRH kratom is on top as they give placed their kratom with laboratory tested products.

Red Sumatra kratom can provide long-lasting and profoundly relaxing relief when used for pain and stress. This is the perfect strain for you if you suffer from chronic pain or need a break from the outside world’s constant din.

Pain and mental or emotional stress can make it difficult to fall asleep. In addition to producing long-lasting sedative effects, this strain helps calm the mind and unwind the body. Also, if you’re having trouble sleeping, try some Red Sumatra.

This is crucial since it facilitates falling asleep and maintains a calm state throughout the night. Nobody wants to be greeted by debilitating agony after sleeping for only a few hours.

Manicure And Pedicure Nail Treatment At Home: Is That Good?

The Rise Of Online Pharmacies: How Consumers Are Shifting To The Internet To Buy Their Prescriptions