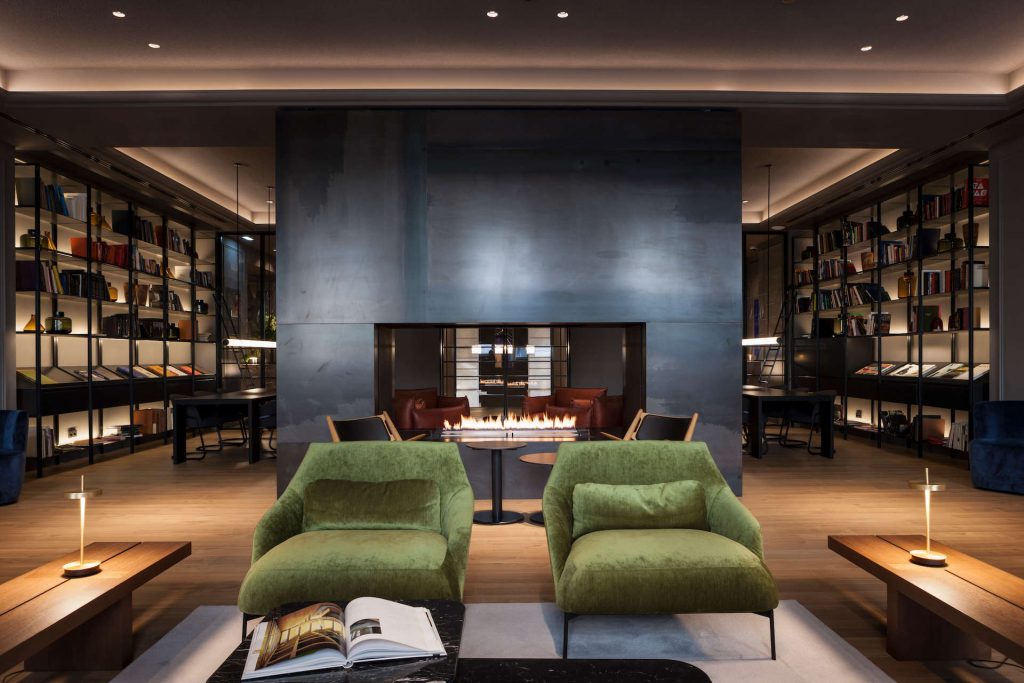 Kozmo Hotel is one of the best-known hotels in Budapest.

It is a luxury with little ancient aesthetic flavored Sophisticated Five-Star Hotel, and history and hedonism sit side by side in the contemporary.

Occupying an emblematic heritage building two blocks from the city’s Grand Boulevard, this chic outpost is perfectly positioned for days spent wandering up and down the hills of Buda, the flat streets of Pest and alongside the iconic Danube River.

This eye-catching and breathtaking place is a combination of excellence, trying to design unique experiences together with memories for anyone who concludes to stay at this landmark that has become an image of luxury in the Hungarian capital as well as a member of The Leading Hotels of the World.

Kozmo Hotel Suites & Spa’s structure is a historical and objective landmark known for being home to the most remarkable transport centre in Eastern and Central Europe at the beginning of the 20th century. A monumental conventional building that has kept its native portion – a protected property – coexisting with demanding interior design that highlights the features of the age, such as the reddish material of its facade, its infinite palatial ceilings and the imposing staircase that presides over the lobby. A spire-shaped tower makes it the tallest building in the vicinity, offering 360° views of Budapest, with views of Buda Castle and the Citadel from the small viewpoint on its lowest floor.

Art is on display throughout its rooms and common areas by Carlos Canova’s – in the selection of photographs and Lluis Lléo – in applying the “al fresco” painting technique.

Slide to the smooth wellness centre for relaxed laps in the indoor heated pool, or take it up a mark at the fitness centre. Bring it all back down again with a massage or beauty treatment, or reward yourself with a meal at the restaurant, known for its refined offering of local and international dishes. An open kitchen gives you a front-row seat to the culinary magic; best accompanied by a wine from the extensive list of Old and New World producers.

Budapest is waiting for you. The Hotel gives the guarantee for the visitors that they would leave with memorable memories.

Related Topics:BudapestKeilleyKOZMO LUXURY HOTEL
Up Next

Travelling the World To Eat, A Founder’s Story with Raymond Cua

How Daily Affirmations Can Impact Your Professional Growth