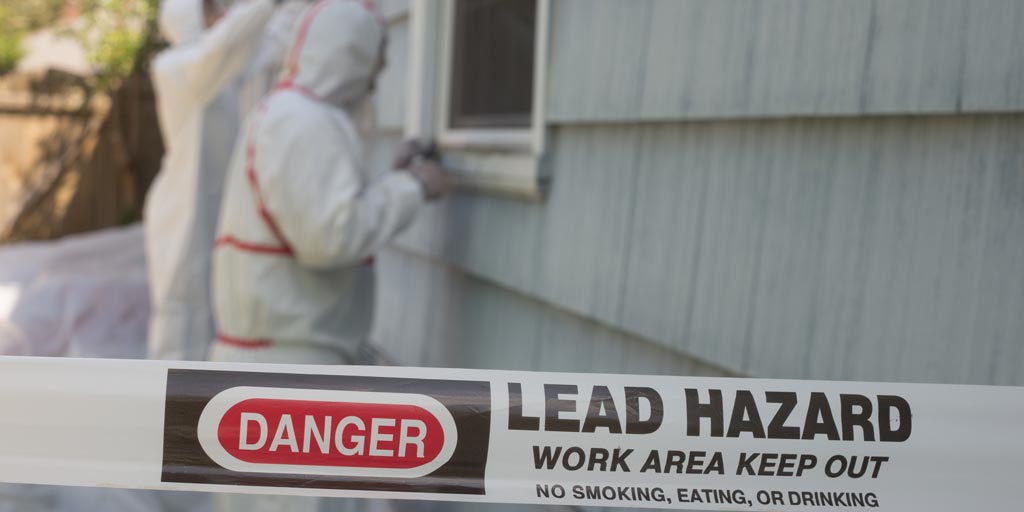 When lead gets in your body, it gets distributed to vital organs such as your brain, liver, kidney, and bones. The toxic material is then stored in the teeth and bones, where it accumulates over time. From the bones, lead is released into a child’s blood during pregnancy and becomes a source of exposure to the developing fetus. That’s why lead is particularly dangerous to children. To protect you from lead poisoning, the US Congress has passed a number of laws related to lead exposure. These laws address lead in paint, dust, and soil as well as the disposal of lead waste. As a matter of fact, there is no level of exposure to lead that is known to be without harmful effects.

According to UNEP, lead exposure accounts for 853,000 deaths annually vs. 852,000 for all other occupational risk factors.

The good news, however, is that lead exposure is totally preventable. The bad news?

Alpha, beta, gamma, and x-ray radiation can all be stopped by different thicknesses of absorbers. These absorbers come in many forms such as lead, iron, lead glass, heavy aggregate concrete, ordinary concrete, and water. Other materials that can be used include aluminum, plastics, wood, rubber, plastic, and cloth, but these are not as effective.

In healthcare settings where lead shielding is in use, people get exposed to lead through skin contact. In most cases, they are using lead aprons.

Recent studies have identified lead-containing shields as a potentially widespread source of lead exposure in the health industry. A 2017 study published in the Journal of the American College of Radiology sampled 172 lead-based shields randomly and found that 63% of them had detectable surface lead. Each shield was tested for external lead dust via a qualitative rapid on-site test and a laboratory-based quantitative dust wipe analysis.

Leading The Way to Change

It’s no secret that lead and radiation are individually dangerous with lasting adverse health effects. However, Buddy Lockwood is leading from the forefront in the shift from lead shielding to Artemis Shielding Nanotek™ radiation shielding material (RSM). The revolutionary material is 100%  lead-free, recyclable, and just better for everyone.

Buddy is the CEO of Artemis Shielding, a company that’s well versed in the production of cutting-edge radiation shielding. Their products are in use all over the world, even on the International Space Station, where their technology is used to shield serves from radiation.

The company is currently servicing a 10-year DOD contract with Siemens. But that’s not all. Buddy’s company is in the business of protecting healthcare personnel from lead exposure, and they’re doing an excellent job. Some of the brands that Artemis Shielding is working with include Stryker medical and BWXT.

Artemis Shielding: Earth, Space, and Beyond

Despite the company’s success on earth and in space, Buddy and his team have their eyes set on more. The dream has always been to protect people first from dangerous ionizing radiation, and second, from harmful shielding materials like lead.

It all began when Buddy retired from the army. “I retired after 20 years as an Army Special Forces Green Beret. We tried to develop concrete that wouldn’t fragment and harm people in explosions. After creation we could not x-ray the concrete so I took a hard right turn and went into radiation shielding,” Buddy recalls.

“We have the only shielding we know of, that is still working in space,” he says.

Headquartered in Fort Payne, Alabama, Artemis Shielding is made up of a team of physicists, engineers, and business leaders who are committed to developing a customized, precision-fit radiation shielding solution for the nuclear, medical, and industrial fields.

Artemis products are made in the USA and comply with California Proposition 65 and the Restriction of Hazardous Substances (RoHS). For example, the Artemis Shielding mobile barrier offers a safe environment for technicians administering x-rays in a medical setting.

It has a lightweight and ergonomic design that allows for an easy installation that can be completed within minutes. Artemis Shielding offers pliable radiation shielding material for I-131 applications or nuclear medicine rooms.

If you’re looking for radiation shielding applications in mobile medical units including CT, X-Ray, and Mammography units, they’ve got you covered. It is now possible to conduct off-sight diagnostic imaging while protecting the surrounding general public from the harmful effects of radiation.

Artemis RSM has a distinct edge in mobile applications due to its weight advantage over traditional shielding products. By reducing the weight of the shielding, vehicle operating costs are reduced as are wear and tear on the mobile facility. Our customizable barriers can be configured for a comfortable and safe environment after the administration of radioisotopes.

Coloring In at Bedtime, Making a Difference

16 Things You Didn’t Know About Medicare