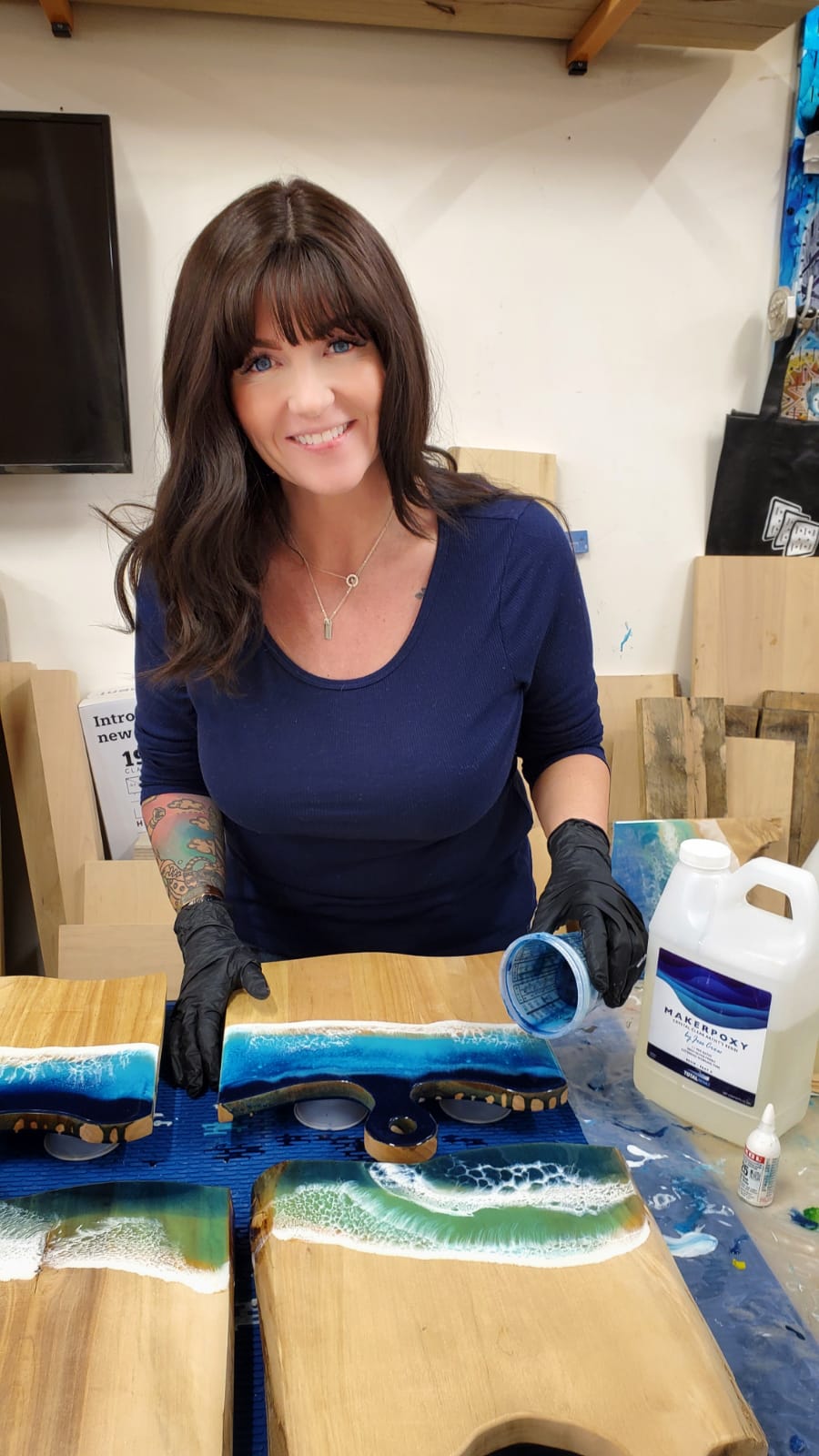 Jess Crow Is the founder of Crow Creek Designs, a woman-owned and operated woodworking shop located in Alaska. She is widely known as a leading authority in the artistic woodworking and epoxy industry.

Crafting A Name For Herself

Jess has not found it easy to get to the level she is currently at; Jess explains that she has made a name for herself by trying to be being an inspiration and sharing everything she’s learned so far.

By striving to be approachable and willing to accept advice from anyone; Jess feels that that has been an essential contributing factor to her growth, both personally and professionally.

So far, Jess’s designs have caught the eyes of notable individuals like Team Gary Vaynerchuk in New York, LinkedIn, as well as Insider, DIY Network, and many more. She’s well on her way to becoming the most sought after woodworking epoxy artist in her field. Jess also is a highly sought after teacher for those wanting to learn how to grow their business despite facing challenging obstacles and learn how to “build more than furniture.”

Obstacles are a part of everyday life, and so far, Jess has dealt with more than a handful of them. Some of the challenges she has had to deal with include criticism and rejection.In a lot of Social Media circles, the advice is often “stick with what other people are doing,” and that is how you can succeed. Jess has found that standing out and being different than the crowd is the way to go.

“It is a lot easier to conform to what is known than it is to break free and become what is will be known.” – Jess Crow

Below Jess shares how she handled this obstacle;

“To overcome not only these obstacles but any obstacles that are in my way, I run through all the problems I think I could happen. For me, I function better when I am not surprised.

Some folks may see this as “worrying” whereas I feel it falls more in-line with pre-gaming and planning. If you can think about, the “no’s” you may get; you can fine-tune your approach based on that information.”

In a field that’s dominated by men, Jess sometimes finds that her voice sometimes has to be louder to make an impact. Although this sounds daunting, Jess has taken it as a good thing. She shares that she’s learned so much from her male counterparts and that she feels her ability to accept the different ways men and women think has given her an edge.

She listens to what everyone has to say, and if she deems it’s worth trying, she takes it and adds it to her knowledge bank to make something new or better.

“Woodworking is an art unto itself, but when you add unexpected elements by way of color and objects, it is exhilarating.”- Jess.

How Ruben Owen Is Disrupting The Social Media Industry