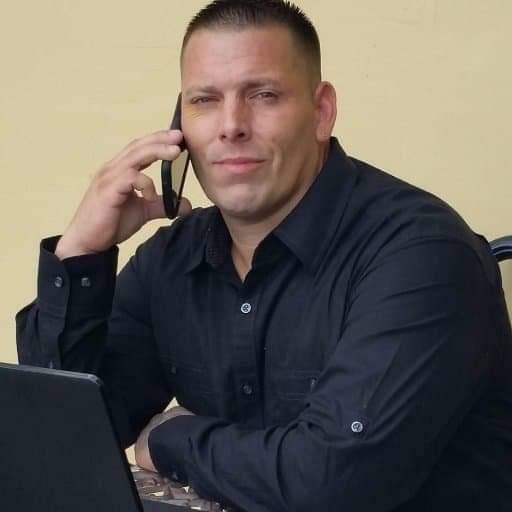 Terry Washburn Jr. is an entrepreneur, social media marketer, freedom fighter and business developer who is passionate about serving others. Apart from this, Terry is under the mentorship of John Malott and veteran entrepreneur Rio Osorio. He’s also part of Build Your Empire’s inner circle and has been featured as an empire builder @buildyourempire.io

Four years ago, Terry set out on a journey to success and since then, he’s inspired many through his story of a rough past and how he overcame the obstacles he faced.

So far, Terry has worked with a lot of entrepreneurs and has also partnered with 7-figure entrepreneur John Malott in building the contemporary designer nutrition company, ÜFORIA Science.

ÜFORIA Science is a company that uses DNA to look for variances when it comes to the heart, brain, cholesterol, immune system and other parts of the human body. With this, they’ve created tailored nutrition products that suit specific needs required by your body.

Terry’s life wasn’t always this way. At a young age, he was involved in vices such as drug consumption and street , and due to him being exposed to all of this at a young age eventually Terry wound up in jail. This wasn’t the ideal life for anyone to grow up in and hence, had a negative impact on his life.

Some time passed and Terry was his chance to get away from the unfavorable conditions and moved to Florida. Unfortunately, things didn’t turn out as he imagined and he reverted back to his old life and ultimately overdosed on drugs, twice.

In all of this chaos, Terry remembered an adage, it goes;

“The definition of insanity is doing the same things over and over again expecting different results.”

Terry held on to this closely and signed up for rehab after the second overdose. During the eight-month-long rehab program, Terry was mentored by two men and he deemed them to his mentors.

As faith would have it, one of these men, later known to be Paul Getter by Terry, a world-class entrepreneur who has worked with big names such as Tai Lopez, Grant Cardone, Gary Vaynerchuk, Akon, just to name a few.

Terry was fortunate enough to be invited to an exclusive mastermind event hosted by Paul Getter and didn’t let the opportunity get passed him. During the event, he heard two high-level entrepreneurs (Tony Delgado and John Malott) speak, the knowledge these men passed on to the audience changed Terry’s life forever.

Terry created a solid connection with these men, and today, they are not only his mentors but also his business partners. The power of networking changed Terry’s life!

“Networking and attending events allow you to build relationships with some of the most elite entrepreneurs and thought leaders in the world.” – Terry

Terry has been in the business of building businesses for four years now and he takes great pride in his achievements such as how he’s connected with people who share his ideas and worked with individuals who’ve attained high levels of success in their respective industries.

When asked how he achieved all of this, Terry cited the values of mentorship. A lot of the principles he applies today in business are based on what he learned (and is still learning) from his mentors.

Terry was keen on sharing some of these life principles, here’s what he had to say;

“When starting a business you should ask yourself these questions:

These questions are crucial when starting your business. But in the case where you want to create a partnership, you should ask yourself what kind of person you’re partnering with and find out if they have a solid track record. Once you can answer all of these questions, take the opportunity (because it only comes once) and stay focused!”

In this section, Terry stresses the importance of focus.  Today’s society brings a lot of distractions to the table and due to this, a lot of individuals fall prey to the infamous shiny object syndrome.

The Shiny Object Syndrome is a condition in which people move from one project to another without ever achieving solid results. Instead of doing this, Terry strongly recommends that you pick one thing and focus on building a name there.

As humans, it’s in our nature to make things harder than they seem, the best advice Terry could give on this topic is to keep things simple and break everything down into its lowest common denominator, Success is nothing more than a few simple disciplines practiced everyday.

What is the best way for someone to reach you if they are interested in working with you?

Terry Washburn Jr: The best way to connect with me right now is through Instagram @TerryWashburnJr  I’m always looking to build relationships and expand my network.