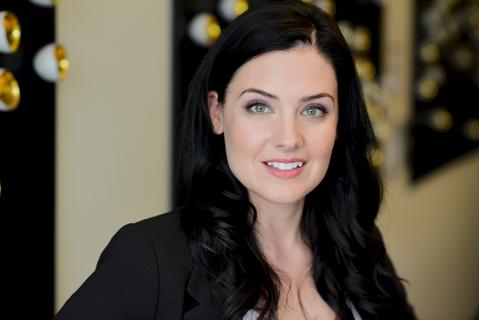 Healthy sleep is an aspect of childcare that plagues all parents who’ve just welcomed their new baby home.

Questions raised by these parents usually revolve around the sleep environment of their child.

SIDS is a fundamental concern amongst new and expecting parents, and this comes with good reason. About 1400 infants die annually from S.I.D.S in the United States alone, and these numbers are expected to increase on a global scale.

In this article, we learn how C.E.O and founder of Linen & Leah, Jen O’ Malley has transformed the safe sleep sector and provided babies the comfort and safety they deserve!

Jen is a child growth and development expert who’s worked with children for more than 20 years.

She started her career as a teacher at a childcare center, then transitioned to in-home childcare after giving birth to her kids.

Jen worked towards returning to the childcare center when her youngest child started grade school, but when the time came, she realized she had developed intimate connections with the children she looked after.

“It was something the childcare center could not give me, and I didn’t give up due to this.”- Jen

Some time passed,  and Jen started her home-based childcare business. It’s the best decision she’s made to date, and she’s fallen in love with it completely.

During her daily rounds, she noticed that while the kids were asleep, most of the sheets in the Play-yards would untuck.

She asked herself this question, ” how can I provide the utmost comfort for sleeping infants without putting them at risk?”

“As my passion for the quality of care that I provided grew, I also started to care for the environment I put the children in- making sure they were safe outside, inside, and while sleeping.”- Jen explains.

Safe sleep environments were the most challenging part of Jens’s work. Like many childcare providers, grandparents, and parents, she used Pack n’ Plays during naptime for children aged eight weeks to 16 months.

A Pack n Play is a beautiful alternative to a crib because you can move them around or take them apart to create more play space.

The catch is that they don’t come with sheets, so you are left to find your own.

There are several Pack & Play sheets on the market. However, most of them are too loose, and every time Jen did her 15-minute check-in at naptime, there would be a child who had pulled the corners of the sheet off the mattress.

One day, she went for a check-in and found her daughter entirely wrapped in her pack n’ play sheet; she was gasping for air, and her face had turned a terrifying shade of red.

Knowing that this happened in 10 minutes- the time it takes to fold a load of laundry- was enough for Jen to realize that she needed to make her sheets.

Eventually, Jen created a sheet that completely secures itself to the mattress, providing a safe sleep environment for babies and toddlers.

In June 2016, she closed her Home-Based childcare business to run Linen & Leah full time. And In recent times, Jen accepted a position on the Board of Members of a Safe Sleep campaign in Minnesota.

Former CEO of Apple, Steve Jobs, once explained that, “You can only become truly accomplished at something you love.

Don’t make money your goal. Instead, pursue the things you love doing and then do them so well that people can’t take their eyes off of you.”

Jen and her family are substantial apple fans, and this quote by Steve Jobs has formed the foundation for Jens’s principles.

When she started linen & Leah, she would stare at it every day to remind herself that it’s not always about money, passion can be an excellent driving force instead, and Jens passion is safe to sleep.

“A lot of Childcare providers and grandparents use our sheets,  and this creates peace of mind for parents because they know that their baby is in a safe sleep environment when they can’t be at home napping in their crib.” – Jen says.

The goal at Linen and Leah is to create a safe sleeping environment for infants. Apart from this, Linen & Leah has also optimized their website for education. Their website is packed with safe sleep best practices and blogs.

Yes, there are a lot of factors that can contribute to the sudden death of an infant and new parents this can be a little overwhelming; to clear things up, I’ll let Jen take it over from here;

Usually, less than a year old. SIDS doesn’t have a known cause even after countless studies and research carried out scientists.

When an Infant dies of SIDS, an investigation takes place. This is somewhat like your usual CIS process;

First, a complete autopsy is done; after that, the death scene is examined. The process usually ends with a review of the infant’s clinical history.

Many clinicians and researchers believe that SIDS is associated with problems in the ability of the baby to arouse from sleep.

Another thing to note is the infant’s ability to detect low levels of oxygen; When babies sleep face down, they may re-breathe Exhaled carbon dioxide, and this leads to the build-up of dangerous amounts of carbon dioxide.

There is no guaranteed way to prevent SIDS, but there are things we can do to lower the risk significantly.

Try following the American Academy of Pediatrics Recommendations of Safe sleep, which include:

Our leisure time is often spent with the people we hold close to our hearts, our friends, family, and loved ones.

It’s a time when we get to relax and reminisce about all the good things that have happened to us.

For Jen, Family is where the hearts at. Jen ensures she spends adequate time with her family, especially her teenage children.

As they grow older, she engages in activities she couldn’t do with them as Kids.

This Halloween was spent in haunted houses and hayrides. Apart from Halloween themed activities, Jen also plays a significant supportive role as a soccer mom.

She does her best to attend all their games

Traveling helps a lot too. Jen and her fiance travel as often as they can. Seeing new places and exploring new traditions can put things into perspective.

Linen & Leah is a new firm comprising five individuals. And safe sleep is the topic of the day, every day.

They love to keep their dynamic positive, light, upbeat, and fun, just like a family.

The company culture at linen & Leah is all about creating a safe sleep environment for infants and raise awareness for SIDS/SUIDS.

10% of the firm’s revenue is donated to the SIDS Foundation. Asides from that, they have a collaboration with Baby2Baby, a non-profit organization that shares the same mission as Linen & Leah.

“It’s not about making the sale; it’s about all of us sharing the same passion, building relationships with our customers,  being honest, moving forward, and having fun!”- Jen

How to Make Decisions as a Couple