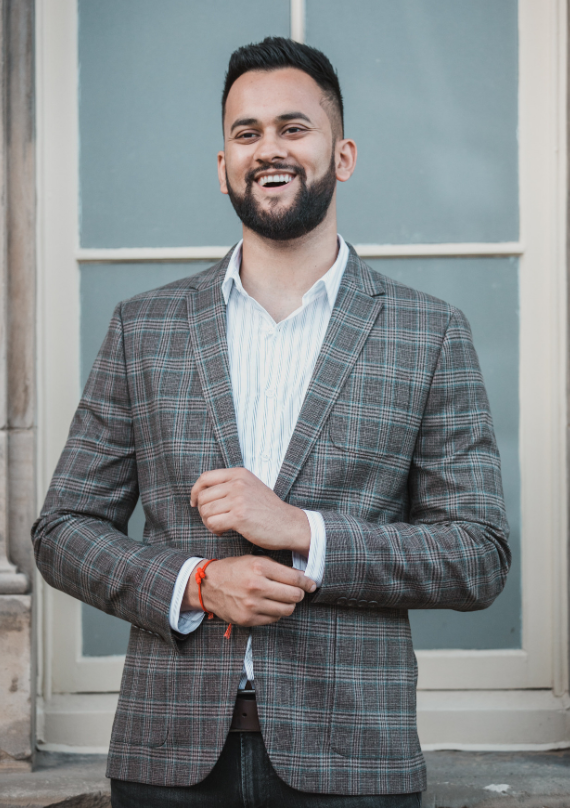 Learn more about the remarkable Entrepreneur

Vijay Singh was born on December 30th, 1989, in Wolverhampton, located in England and part of the United Kingdom. He has established himself as a prosperous businessman and investor. Singh is a well-known character across several social media platforms, most notably Instagram and TikTok. He has an active social media presence, particularly on Instagram and TikTok, where he discusses Investing and personal finance topics with his followers.

Vijay Singh had lived in India since he was seven when his family transitioned from England. Despite this, he returned to England at 13, where he elected to finish his secondary education and A levels and college in England, where he focused his academic pursuits on accounting and finance. As soon as he finished his bachelor’s degree, UTC Aerospace reached out to him about a position in the company’s accounting department at the junior level.

The outcome of persistent effort and entrepreneurial passion

In the hopes of maximising his profits on eBay, Vijay Singh decided to put £2,000 towards purchasing and importing products from China. After a year and a half of development, he quit his job and went on his e-commerce business full-time. The year 2014 was the one that witnessed the happening of this event.

He could concentrate all of his efforts on growing the business without worrying about attaining any other goals since the company had already developed to a certain level and reached a particular stage of maturity. Without the help of outside fund providers, Vijay Singh could establish a portfolio of real estate that included fifteen homes valued at more than 1.5 million pounds. Over a short interval, he increased the company’s revenue from Shopify, eBay, and Amazon to more than ten million pounds. Vijay Singh did this because of his sector-specific expertise and experience. He had decided that working with the business that supplies most of the items for a well-known global nail salon chain would be his advantage. Recent events brought on this realisation. Most of the company’s activities are carried out inside American territory. Vijay Singh has assembled a collection valued at over 1.5 million pounds because he invested most of his funds in one venture.

“If you can avoid making too many mistakes, even a few good choices will be enough to get you through life.” – Vijay Singh.

Progressing Business Activity That Is Still Going On

He can enjoy that fact now that Vijay Singh has acquired 15 properties. He started getting real followers on Instagram after posting videos of his latest acquisitions there. Due to sharing his free investment ideas and guidance, Singh has quickly risen to the top of the list of potential investors in the United Kingdom. He has kept his position as the leader because of this. Singh’s popularity has quickly soared in the business as a result.

Vijay Singh’s persistence in maintaining a presence on social media platforms like Instagram and Tiktok is wholly to blame for his success. He has over 75,000 Instagram followers in less than just six months. With his most recent endeavour, he intends to find universal success by inspiring other would-be business owners and demonstrating how to make investments for long-term financial security. He did this to assist others in finding a way to financial independence.

Since Vijay Singh is a successful businessperson and investor who is well-known on social media for his teaching about his investment knowledge, everyone should follow him.

WHO IS WILLIAM PLANES?