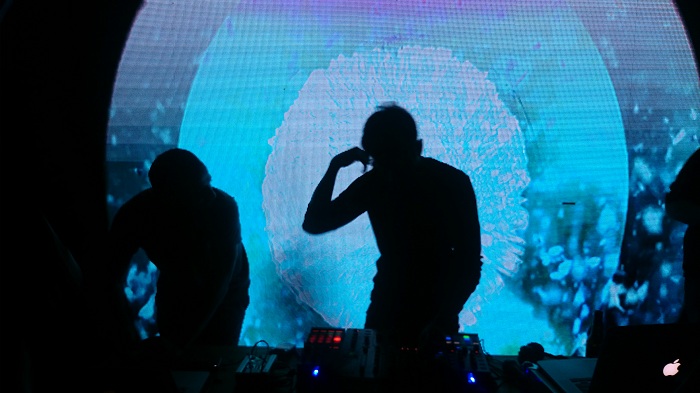 Meet Lil Gharsa, the young artist who specializes in creating music with code. This brilliant artist turns a few lines of code into sound waves which generates a rhyme flow creating music.

We dive into his journey with Live Coding, and the Algorave world as a whole, in the interview below. Ahead of that, we’ve got his brand-new single “Bang” in all its lushy goodness.  But first, let’s dip our own toes in a little. What exactly is “Live Coding” and how does it work?

Live Coding is the use of software development approach in the pursuit of producing music. For some context, 97% of the new electronic music you hear out there is produced using a few select Digital Audio Workstations (aka DAWs): Ableton, Logic, maybe some Fruity Loops. The power of these DAWs is that you can use the extraordinarily complex user interface to get extremely granular in how the sounds are morphed and edited.

How does this compare the Live Coding? Well, if you think of starting a new song from scratch using one of the above DAWs, it’s fairly accurate to think of it as a wide-open canvas. For Live Coding, though, the accurate way to think about it is to consider a new song as being a lined piece of notebook paper.

As reported, Lil Gharsa developed his passion for music and code in the quarantine of 2020, and like a true innovator in music, he decided to combine them. Thus, kickstarting his career.

The young hip-hop sensation has spent the previous several years honing his melodic style, and his modern hip-hop career currently appears to be on the upswing. His music received a lot of positive feedback from his friends and fans on SoundCloud which made him release his first single “Hyme”.

He is one of the young artists who thinks different about the future of music. As he quotes “Technology is rapidly expanding the scope of capabilities and the future is changing, so why not use in our favor?”.

Moreover, because of his ability to create distinctive and innovative tunes, he stands out from the rest. He has often demonstrated his ability to compose outstanding songs. His latest single is “Bang” which received a lot of love from the music community.

In addition, Lil Gharsa is a beat maker. He has recently released the Red & Blue beats which inspired a lot of youngsters to follow in his footsteps.

His music is currently on Spotify, Apple music and other major platforms.

PRADO SLAYS IN NEW SINGLE ‘THEY MADE YOU FOR ME’