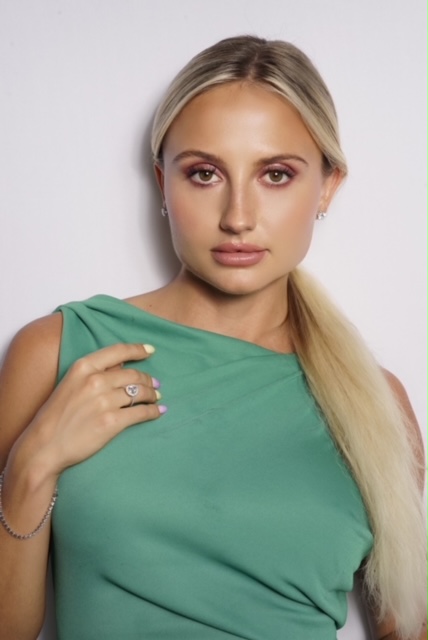 Ukrainian-American international cover star Liudmyla Tkachenko is a model who sets goals, accomplishes them every day, and is her biggest self-supporter. She quoted to FHM India “Don’t just try but make it happen.” She started out her career at the age of 19 and there has been no stopping ever since. Shes got it all from a charming personality to a robust body and soul.

Liudmyla, whos friends call her Myla, stays so fit by living a vegetarian lifestyle. “I like to eat a lot of fruits and vegetables. Tofu, chickpeas, and lentils are my favorites. My favorite meal is baked sweet potatoes stuffed with vegetables and beyond meat.”

She has been doing yoga for 10 years and it was her passion for these practices that inspired her to launch the Flexupusa yoga clothing brand. The main idea of Flexupusa is the empowerment of women, because there are so many countries in which women do not have the same opportunity as men have.

In an interview with Vogue she started “There is an opinion that a woman and a man have a different attitude to financial flows in life: men earn money, and a woman attracts earnings. I do not agree with this way of putting the question. I believe that a man and a woman should have the opportunity to develop to the same extent, revealing their talents and abilities. It was with these thoughts that I created my brand to be an example for other women who are just starting their own business.”

Flexup is an activewear company that aims to serve as a go-to resource for fitness apparel and accessories across the world. Widely recognized for its stellar collections and high-quality clothing, this brand sets the bar high among industry players across the trade.

Since working as a model in New York, she has appeared several times in New York Fashion Week. She has walked for high-profile designers such as Dan Liu, Terraza, and Oxford Fashion, among others, and she has also done photoshoots for high-profile fashion magazines such as the L’Officiel magazine, Marie Claire, MD Trends magazine, Imaginary magazine, and Marjen magazine. Furthermore, she was involved in several catalog shoots as well as a number of exciting projects. Her photos from the New York Fashion Week shows have even been featured in Vogue, Elle, as well as Harper’s Bazaar.

Myla wore a dress full on covered with diamonds by Temraza below:

After modeling for two years in New York, Liudmyla decided to try her luck at acting by moving to Los Angeles. Since moving to Los Angeles, she has appeared in a Nike commercial, as well as a few alcohol commercials, and she also scored a role in an upcoming film called “The Nowhere Inn.” The movie is set to premiere in the Sundance film festival 2020. Currently, Liudmyla is studying at an acting school called Beverly Hills Playhouse hoping that this can be her ticket to more projects in Hollywood.

Myla currently has 1.1 million followers on Instagram. You can stay up to date with her @mylatkachenko

How Pam Llaury Made it in China as a Peruvian Blogger & Influencer?