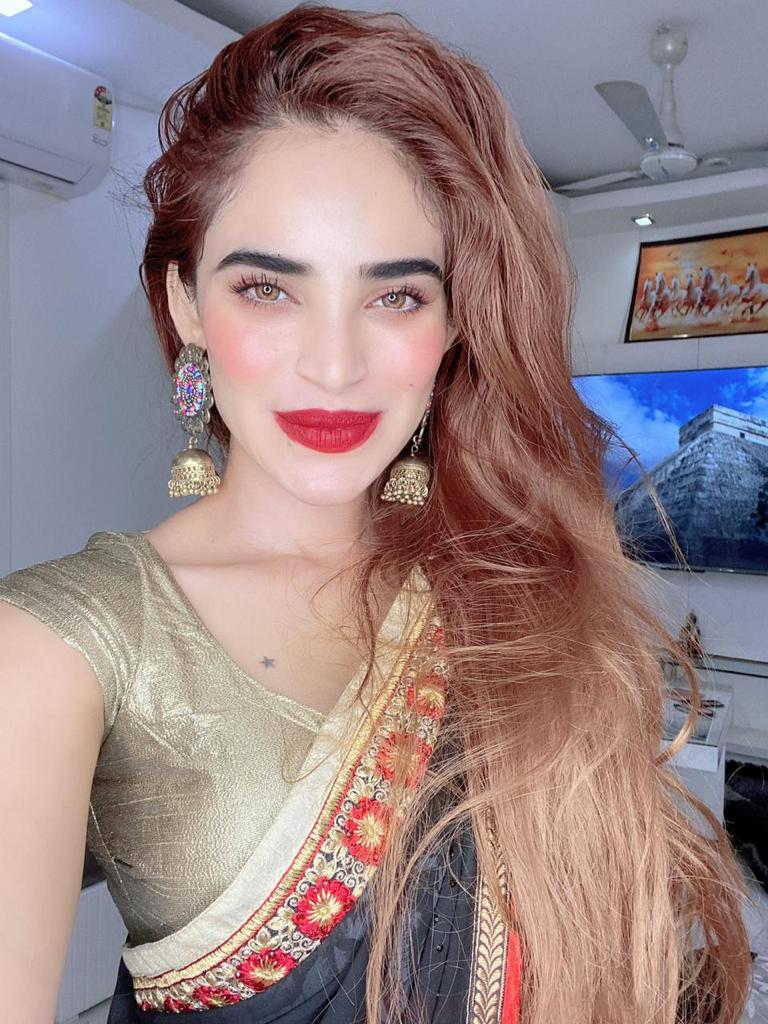 Many enthusiastic actors enter the Indian film industry. Some actors shine radiantly in the industry in the long run, and some artists disappoint to impress, and their appearance just fades away in a short span.

There are many actresses who are doing good in Bollywood like Alia, Kriti, Deepika and many more. They are doing great films due to their awesome screen presence and acting skills. With the rise of OTP platforms, B-town is now looking for a more talented actress who can perform like A grades.

Many names are buzzing in the industry from 2020 for OTP and silver screen. Out of that names comes Liza Zine, stunning, Hot, fit and fabulous talent, an actress who can surprise viewers with her acting skills and wow looks.

Who is Liza Zine?

Liza zine is a famous social media fitness influencer, Model and Actor. Born in Nagpur, living in the dream city of Bollywood, Mumbai. She remains in the news for her hot looks, fitness videos. She is a super fit model and fitness expert. She has that X factor in her which is compulsory to become a top actress.

Many feel she looks like Kriti Sanon. Her lips and Jaw part is the same as Kriti Sanon. We feel she has better curves than the top ace actress of Bollywood. Her looks can be her USP in the coming time to make a big name in B-town.

She is a fabulous Belly Dancer; Dancing, acting, and looks make her a perfect combo that can lift an entire project of a Bollywood movie. We feel she is definitely fit in the OTP platform because of her wow looks and fitness. She is already a star due to her fabulous social media presence. Many follow her from different parts of India and abroad.

Liza Zine is the one who we feel will get good roles in the coming years in Bollywood. The industry needs beautiful Actresses like Liza Zine who can take Bollywood forward in the next decade.

Fitness influencer Liza Zine has cemented herself as the goddess of fitness on social media platforms in India. With million followers, she is giving strength and belief to remain fit in tough times. Liza Zine is an unstoppable and fantastic influencer guiding people to live healthy lives. She is now all set to join Bollywood in a short time. We feel she has X factor in her, giving her a role in top banner movies. Already talks are on with big names in the industry.

She has inspired millions to be their healthiest selves by working out and consuming healthy while still having joy and taking time to rest and rest. Her inspiring posts and effective workout pictures and videos boost many young girls and boys live fit and fab.

She has developed credibility in the fitness industry, and now joining B-town will be a great jump for her career. She deserves the most as she has started from Zero, a famous self-made personality who truly deserves all the heights in life.

Today Bollywood has a new bunch of actresses who don’t come from a Bollywood family. We have also seen in the past also many top actresses who came from a non-filmy background. She, too, comes from such a background. Her dreams, looks, and passion for becoming something in life will surely help her be part of good Bollywood projects in coming years under top banners.

Related Topics:Liza Zine
Up Next

One Name Who Has Aced in the Field of Digital Marketing Is That of Sagar M Pardeshi.

Taking the blogging niche to the next level is rising social media influencer Naimi Shah.