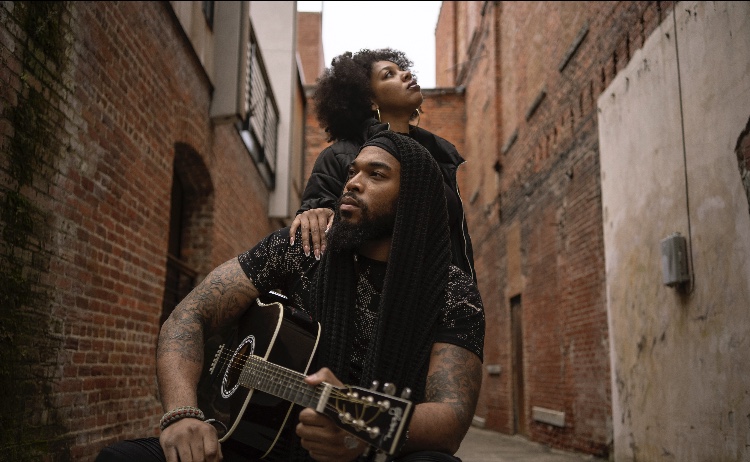 When you see this young man you can imagine that hewas once more than a musical genius. Aformer Pro football hopeful. Gaining the attentionof schools such as North Carolina CentralUniversity in Durham, NC just because of his sizealone. But, after high school his attentionshifted. Before long, this now upcoming sensationuse to be living in a 1998 White Volvo Sedanwith -$34 in his bank account. After getting backon his feet and returning to NCCU severalyears later to finish his pursuit of a degree, hispursuit for Pro football rekindled, but was endedagain after an almost fatal car accident.

Now in 2021, international and independent recordingartist, singer-songwriter,Maj3styis morethan just another act. This singer and songwriterfrom the United States is making a name forhimself. Becoming the youngest and first IndependentRecording Artist to becomeINTERNATIONAL without a big time label, receivingattention from record labels such as SonyMusic Entertainment and 1017 Eskimo Records. His soundis unique, reminding his listeners of amodern day Bob Marley because of his message. A rarebreed of an artist. He is isn’t limited toHipHop, R&B, or Soul. This King has GOT IT ALL! Hisvocals and lyrics make him aPOWERHOUSE, in addition to his 6 foot 6 and 235 lbfram; which is mentioned in everyconversation. HE IS HARD TO MISS!

Maj3sty, born and raised in North Carolina was recently added to the US TOP 100 PLAYLISTand AMERICAN TOP 40 CHARTS PLAYLIST (as of last year). Now, his NEW SINGLE“Jerusalem (Bout Dat) is anticipated to top last yearand more. Not to mention, Nigeria loveshim. Maj3sty openly says that he doesn’t believe inicons or legends but says that he’s doing thisfor a bigger purpose that’s even bigger than him.Whatever that is… it has to be pretty big! As anartist, Entrepreneur, and more he’s already beingquoted as MUSIC’S NEXT HIP HOP ICONbut, we’re sure this is bigger than Hip Hop for him.

There is so much to him that audiences and followerswill have to learn for themselves. He’s anadvocate for love, righteousness, ALL THINGS GOD,and he’s not even a gospel artist. This ispretty strange given his message but, the vibe ofthe music fits in with mainstream Hip Hop andR&B. His spiritual belief as a Nazarite… or as somemay call a Nazarene is displayed allthroughout his appearance and his music. It’s almostlike watching a movie in real life because ofhow much he has to say and his backstory. But, thisfamily man is much more than what meetsthe eye.

Create Brand Image of Your Product through Everprint