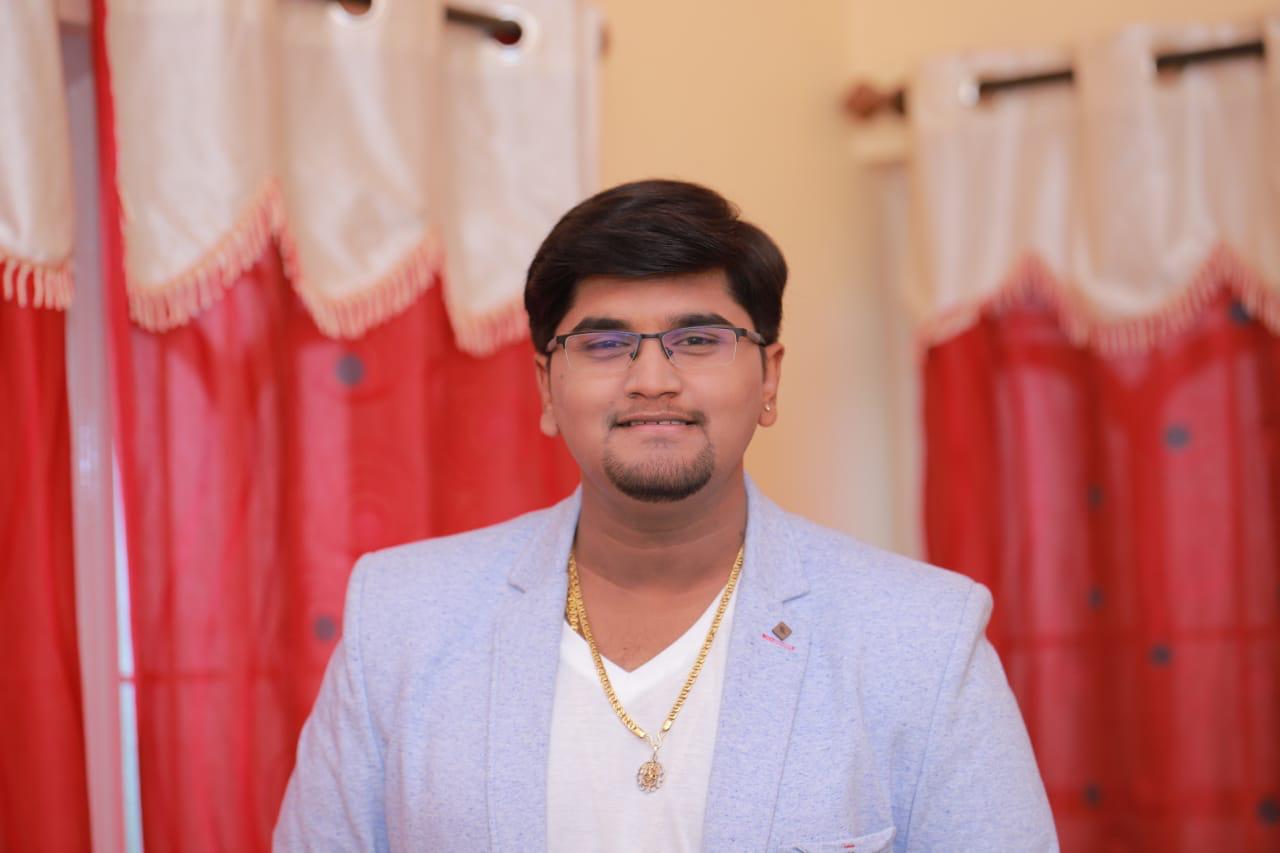 Born on the 4th of March, 1996 in the renowned city of Bhadravathi in Karnataka, Manoj Sharma is currently a resident of Channarayapatna in Hassan, a prominent personality in the cine industry whose voice is enjoyed by both the generation gone by and the current generation, and whose contribution to the music industry is abundant. He is born to Ms. Lakshmi C S and Mr. Srinivas S R, and also happens to be a distant relative of versatile actress Pandari Bhai of the yesteryears. While he considers his mother to be his first Guru, he is also proud of his ever supportive father. Basically Manoj Sharma is pursuing his passion in music. He has been trained in classical music by Vidwan K R Venkatesh and also by Smt. Savithri Manjunath. He has trained under Mr.Pramod for light music.

He is primarily a medical student of the famous SDM Medical College, Hassan. He is in the final year and therefore the society can witness a lot of contributions from him to the medical fraternity in the years to come. He considers his Principal Dr. Prasanna Narasimha Rao as his backbone. His journey into the medical field has also been as a chief guest in various leading medical colleges in Karnataka. Not restricting to medical colleges, he is a known personality as a chief guest in engineering colleges too.

Apart from his footprints in the medicinal field, he has the credit of being a State Rank holder in Karnatic Music under the classical music category; bestowed with Kala Sourabha, Kalaaniketana as well as Gaana Anarghya titles

He is the youngest voice over artist of VIACOM 18 Colors Channel, trained under Srinivas Prasad and Badekilla Pradeep. He has lent his voice to various budding and established personalities through this channel. He has received lot of support from Ms.Keerthi and Ms.Hamsa who are his senior colleagues in Colors Channel and this makes him remember these personalities for a life time. He is also ever grateful to Mr.Prashanth Naik of Colour Kannada Cinema for his continued support. It’s astonishing to know that he has recorded for IVRS (Interactive Voice Response System) in 28 Indian languages and has dubbed for a major project of Discovery Channel – Emission Impossible, which was telecast on August 15, 2020.

Not just as an artist, he has proved himself to be a skilled artisan as a runner up of South Indian Temple Jewellery designing contest.

He has performed with all the leading musicians of the State, as well the country. To name a few we have Hamsalekha, Rajesh Krishnan, Archana Udupa, Vijay Prakash, Arjun Janya, Armaan Malik, and Jogi Sunita. At the international level, he has his solo music performances in Egypt, Singapore, Qatar, Dubai and Abu Dhabi.

In the devotional front he is the main voice during the “Aarti” in the world’s biggest Hindu Temple “Akshardham”.

Other highlights of Manoj Sharma are: he was the finalist in Radio City Super Singer Season – 9, he has sung for Robert and also for the yet-to-be released “Turthu Nirgamana”, currently he is working for Chakravarthi’s Sulibele’s Kampu audio book app. He has sung in eight Indian languages and his debut movie was Manoratha. Ever since he has worked in more than 150 Kannada movies including Kirik Party, The Villain, KGF – Chapter 1 and many more. This apart, he has worked for brands like Nissan, Josh, Wysh etc and rendered back vocals for Dabangg – 3. He is also entrusted with managing and handling social media content for more than three hundred celebrities.

Manoj Sharma, the devotional medico and award winning multilingual voice over artist is a multinational multitalented personality and hence can be rightly termed as a jewel in the crown.

Related Topics:Manoj Sharma
Up Next

Entrepreneur of The Week: Interview With Chelsea Adair, Owner of Salon Adair