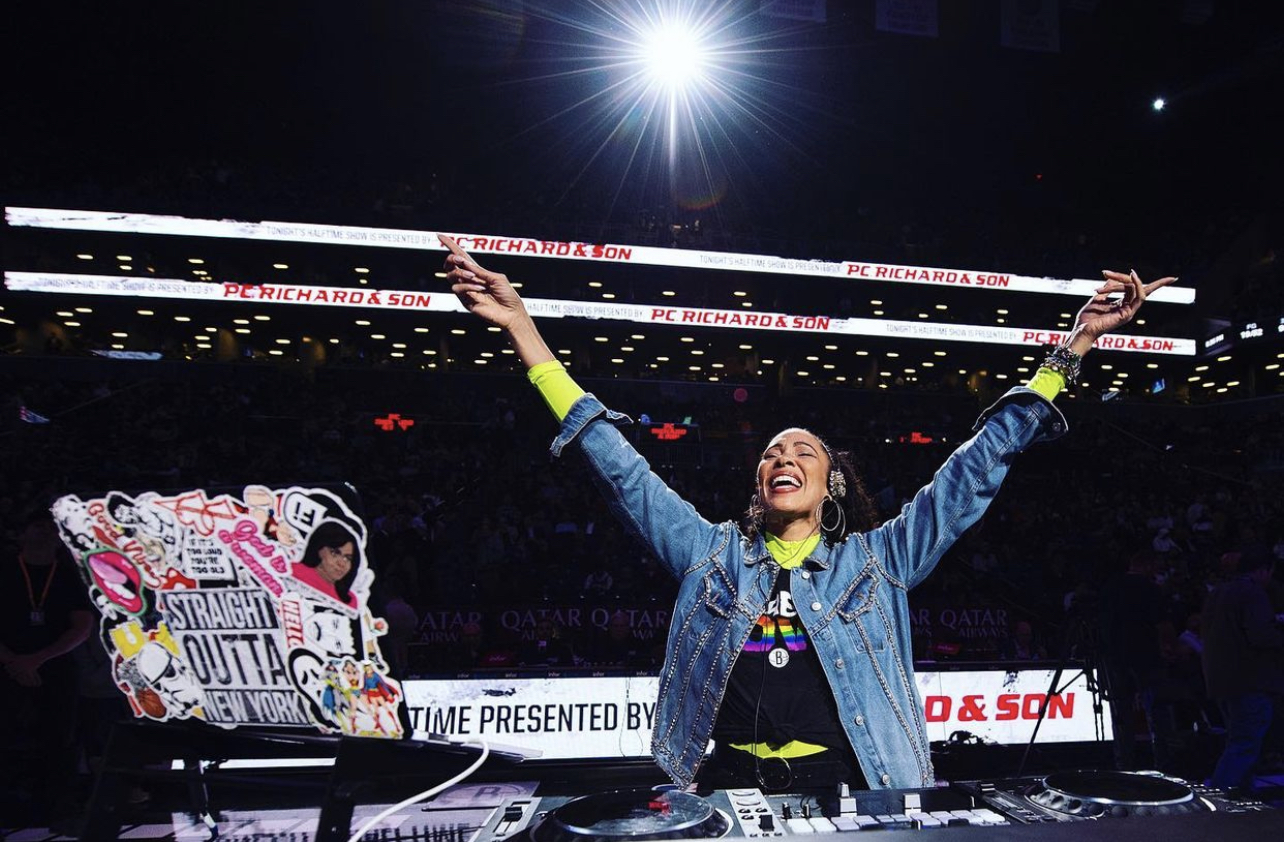 Born and raised in New York City, Maria Clifton– otherwise known as DJ RIA– is truly a force to be reckoned with. After spending several years playing professional basketball overseas in Germany, she took her talents back to the city and established herself in a handful of professions, including modeling, acting, and leading DJ.

Soon after her basketball career, Clifton began working in the entertainment industry at the age of 21. Before her many jobs in the industry, she worked at the front office for the New York Knicks as a coordinator in field marketing and community relations. She also worked for the NY Rangers and the NY Liberty in event presentations. But it didn’t take her long to figure out she was meant for much more than just a desk job.

Thanks to her tenacity and her hustle-mentality from playing sports, she decided to pursue acting and modeling full time after signing with the prestigious Wilhelmina agency. Clifton has now worked everything from sports & fitness to commercial and runway. However, she has certainly been adamant about mentioning it was no easy feat. “It took a lot for me to make the decision to chase this somewhat far-fetched dream,” she explained. “I had to sacrifice a lot. But I’ve discovered that the hard work you put in is everything you’ll get back.”

And the female powerhouse didn’t stop there. After modeling for three years, while catching up with her old boss Ryan Halkett from her time in event relations, he suggested she had the ideal look and background to take up DJing. Halkett recalled that Clifton had played the violin and the flute throughout grade school, so he explained that the transition to music wouldn’t be a far jump. She, of course, mastered the art of DJing in no time and was hired by a company created solely for female DJs in the current scene. Eventually, she found herself playing exclusive gigs that were hosted in high-end venues such as the W and The Dream Hotel. Within a saturated, male-dominated industry, RIA found herself succeeding beyond comprehension. As per her history in sports, she was ready and willing to conquer whatever stood in her way for achieving greatness.

Once the company she was working for disintegrated, Clifton began to manage herself. Her fame as DJ RIA blew up due to her established networking relationships that played alongside her talent. She began to receive freelance gig invites from MLB and NHL teams who wanted her DJing at the games. She has now DJed for the MLB, NBA, WNBA, NHL, and NFL. She’s also worked events for companies such as Nike, Puma, Moët & Chandon, Hennessy, and more. As of 2020, she’s gotten signed as a contracted host and DJ for the NY Liberty and the NY Islanders. She’s also gotten the opportunity to co-host Scram Jones on Shade 45, a SiriusXM radio station, for the past six years.

Although she’s enjoyed the nightlife gigs (and still does), Clifton claims her transition over to the production portion of the industry allowed her to “find her niche” and play her own personal flow of music. Her favorite gigs usually consist of corporate events and weddings, where she gets to “curate a vibe”. Her current freedom as an artist, and being able to share her talents with people that enjoy it, are the main reasons she so flawlessly thrives in her career.

So what does a woman who’s done it all do next? Well, Clifton tells us that her ultimate long-term goal is to own a company resembling that of an agency that can sign a number of talented female DJs and provide them with top-of-the-line opportunities. In an industry where female DJs are few and far between, this kind of business endeavor could be a game-changer for women who stand where Clifton once stood at the very beginning of her journey. Granted, it seems like quite the task. But a challenging factor has never been one to scare off Maria Clifton.

You can stay updated with DJ Ria on her Instagram www.instagram.com/riaria5

Back to his roots, Dave Sanz prepares a comeback as a DJ