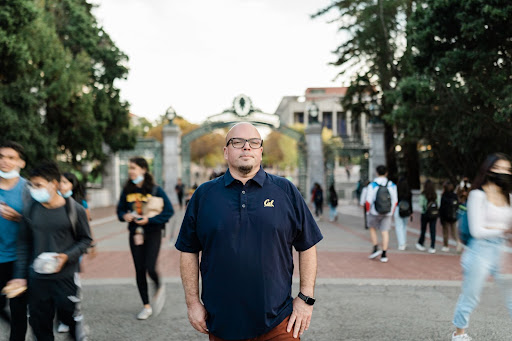 We often hear the phrase that when the going gets tough, the tough get going. Who knows its meaning better than Marvin Lee Miller? He started his life journey from the slums of Tijuana, Mexico, but at present, he is working as a research assistant at the prestigious UC Berkeley.

How could he achieve it all? Well, Marvin was destined to do something big in life. He grew up in absolute poverty, without any guidance or mentorship from his near and dear ones. But he developed a natural knack for studies—especially science subjects—when he was a kid.

He knew that if he were to transform his life, only education could come to his rescue. From the streets of Tijuana to spending seven years in prison, Marvin Lee Miller had faced a lot of adversities in life before tasting success.

“I didn’t spend my life like other kids. I was a foster child. No one was there when I needed their guidance. I felt frustrated. I cried a lot. But no one helped. Because of my loneliness, I got into bad association and committed some mistakes, which snatched more than seven years of my precious life as I stayed imprisoned,” Marvin Lee Miller recalled.

But Marvin Lee Miller’s real hardship began when he was released from his jail. His own loved ones ditched him, declining to take him back home. Marvin Lee Miller couldn’t understand where his life was heading to. He was upset, disappointed, and directionless.

“I still go numb when I remember those hard days. I was absolutely alone in this world at that time. But I never lost faith in my abilities. I knew I could still study well and change my fortune. I am indebted to my school counselors, professors, and laboratory heads at Santa Ana’s Community College and then at UC Berkeley, who helped me leave my past behind. Right now, I am in good company and on my way to do something big in the field of science,” Marvin Lee Miller exclaimed.

Marvin Lee Miller is now a proud first-generation bilingual American parent and student with big dreams in his eyes. He is on his way to fulfilling his dream and making his University and fellow researchers feel proud of him.

Despite all the roadblocks that he faced in his life, he didn’t forget the significance of education. He successfully completed four Associate degrees from Santa Ana College, with a few academic scholarships too. And his overall academic achievement saw him getting admitted to the prestigious UC Berkeley.

Marvin Lee Miller is currently completing his major in Biology from UC Berkeley. His journey from a poverty-stricken slum of Tijuana to one of the world’s top-ranked universities seems like a fairy tale, but only Marvin Lee Miller how much struggle he endured in his life to make his way inside the UC Berkeley campus.

Marvin Lee Miller was always an academically brilliant student. However, his association with the wrong guys got him into big trouble in his life. But as they say, all’s well that ends well; now, Marvin Lee Miller has successfully overcome against all odds. He’s a busy researcher and a keen observer of science.

His relentless passion for science, ability to come out of the trauma, and successful completion of four associate degrees at Santa Ana Community college got him into UC Berkeley as part of Ronald E. McNair Scholars. He also worked with many scholars like Dr José Vazquez-Medina, George Brooks, and Xiaolin Zi who gave a big boost to his academic success.

How Elyani Diaz Built Her Fortune In Options Trading