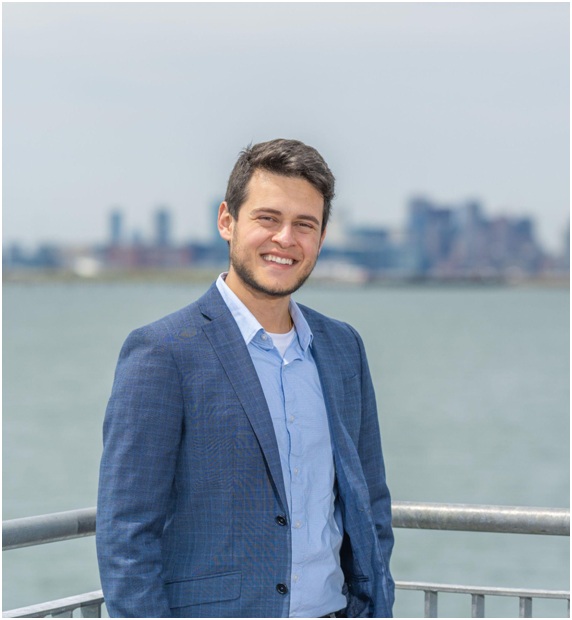 The direction you wish to take for the rest of your life can be determined by the most unexpected moments. A life-changing breakthrough could come from a significant tragedy. This life-changing enlightenment for Massachusetts Real Estate Agent Juan Cano, or Real Estate Juan C, came after his house burned down, leaving him homeless in a foreign country.

Juan went to college for Mechanical Engineering in Colombia before he decided to make a better future for himself by moving to Boston, Massachusetts. His goal was to continue his career in the US.

He spent every penny he had saved for a few months to purchase a previously crashed car, thought he could fix it. One day everything changed when he returned home from his server job.

Everything he had worked for day and night was suddenly in flames. The fire started in his car and expanded to his house. Juan was left with absolutely nothing. Luckily, that day he earned a couple of hundred dollars he used to buy an air mattress, a blanket, and some clothes for the following day.

Soon after the tragedy, people in the community called a real estate agent to help Juan look for an apartment to live in. However, Juan didn’t have any money to afford it. The agent was from Juan’s country and decided to give him a hand by lending him a place to stay for free. It was a house under construction, so it did not have heat, and the conditions were rough.

Juan realized an electric blanket would be a good option to not freeze in the winter, and that’s how he lived for a few months until he saved enough money to rent an apartment. “I arrived home every day rushing to connect the heating blanket to be able to warm up,” Juan said.

Things took another significant turn after the agent that helped Juan invited him to sell houses. Although Juan wasn’t thrilled about it, he decided to try it one day. He prepared for the exam, passed it, and became a real estate agent.

Three months later, the phone rang at the real estate company where Juan had started working, and someone wanted to see a house for sale. To Juan’s luck, that person didn’t have a real estate agent to represent them, and his boss assigned the showing to Juan. Juan showed the house and sold it immediately, marking the beginning of a journey that only continues to evolve.

After that sale, the office phone stopped ringing. Juan realized he had to find his clients to make a living. The easiest thing for him was knocking on doors in the neighborhood where he had sold the house, saying, “Hey, I just sold this house,” hoping someone else would want to buy or sell a house. Unfortunately, it didn’t go very well, so he started knocking on doors from expired listings (houses that didn’t sell and were taken out of the market). By doing this, he got his first listing as a seller’s agent and sold the house right away. This taught Juan he needed to look for opportunities because they would not come alone.

Juan continued to explore different options to find new clients, from handing out cards and radio advertising to digital marketing efforts. Juan earned his Real Estate license in December 2018, and by the end of 2019, he had sold 13 houses (while still being a server). In 2020, he sold 21 houses, and in 2021, he sold 29. Typically real estate agents sell 10 houses a year, but that wasn’t enough for Juan’s ambition. He had a goal in mind: buying a house.

Juan bought his first house at the end of 2019, and that’s when he realized that real estate wealth does not come from selling real estate but from investing in real estate. After Juan bought the house, it was worth more than he had paid. Everything he could have earned in a year working in the restaurant, he earned that day by buying that house, and it was eye-opening for Juan. “The secret is in investing, not so much in working.”

He decided to focus on investment properties by concentrating on multi-family properties and teaching people the BRRRR Method by Brandon Turner “Buy, Rehab, Rent, Refinance, Repeat.” That is the philosophy he began to implement throughout his career and how he has helped hundreds of families to create wealth through real estate investments. It’s what made it possible for Juan to achieve a net worth of $1 million in just three years after starting from zero. You never know what can turn your life around.

To get in touch with Juan Cano, send him a message on Instagram via @realestatejuanc or reach out to him on his website http://www.realestatejuanc.com.

Ramon Peralta – A Man With A Purpose Greater Than Self