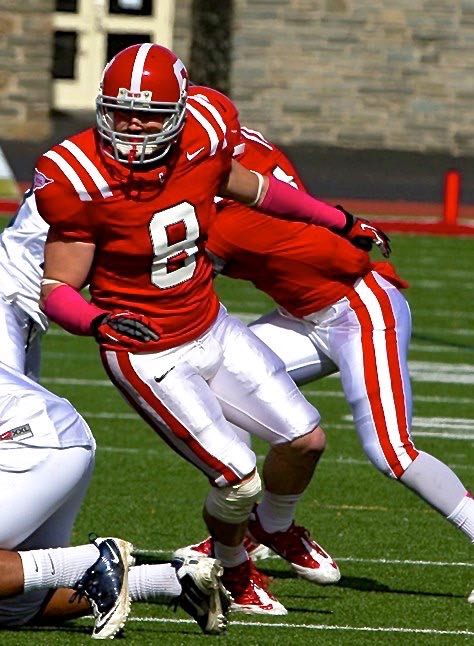 It is not every day that you see a sportsman excel in business as much as they did as an athlete. Even so, some defy the odds and shine even more as entrepreneurs.

Max Martinez, a former Cornell running back, is a classic example of an athlete that has managed to do just that. He has overachieved in the business industry by using his athlete mentality and applying it in entrepreneurship. As the first Ivy Leaguer in his family, Martinez achieves anything into which he puts his mind. From playing college football, founding startups, working for Instagram, managing a VC firm to running his agency, he really wants it all.

Martinez is a dreamer and an achiever. In this piece well get to look at his success journey, achievements, and where he sees himself in the future.

A Brief Look into His Background

Martinez is a Miami born and raised athlete turned entrepreneur. The founder and creative director of his own agency, Maxfuture Strategies, since 2016, he focuses on solving unique problems that companies face, including strategy, advertising, content production, and software in the digital, business, and creative industries. Fluent in both English and Spanish, he is a dual citizen of Spain and the United States.

At 18, he left Miami and went to play football for the Ivy League Cornell University in Ithaca, New York, where he went on to play for four years. During his time there, he utilized every opportunity that came his way. While dedicating most of his time to football and his Government major, Martinez managed to start two companies, MaxyClean and Cornellious. MaxyClean was a pickup and delivery laundry service business, which he sold for $20,000 after one month, and Cornellious was a non-profit humor site that raised over $4,000 for three different charities and accumulated over 500,000 YouTube views.

After graduating with a bachelors in Government, the time for Martinez to take on new challenges in the real world.

Taking the Athlete into the Business Industry

In 2013, after graduating from Cornell University, Martinez moved to San Francisco and co-founded Phroogal. Though not easily, he managed to run a record-breaking crowdfunding campaign through Indiegogo. With a set target of crowdfunding $75,000 in a month, Phroogal raised $78,000, becoming the first ever FinLit startup successfully crowdfunded. Investors voted them as winners of 2014’s Most Promising FinTech’ startup at the Bank Innovation’s Demovation Challenge in Seattle. Martinez then went on to work for Instagram after moving on from Phroogle.

At Instagram, he was part of a six-person team responsible for streamlining the verification process of NBA, NFL, and Premier League players. He did this for three months and moved back to New York where he became the Managing Director of a venture capital firm, General American Capital Partners. Martinez built strategies for their portfolio companies and found new investment opportunities for the company. As a long-term result, they were able to purchase FC Bordeaux of France’s Ligue 1.

Being an athlete, Martinez thrives off of challenges and competition. After achieving his goals with General American Capital Partners, he needed a new challenge. In November 2016, he moved to Madrid and founded Maxfuture Strategies.

Martinez’s success story goes back to his teenage days. When he was 16, he broke Michael Vick’s all-time Nike Combine record as a junior at Belen Jesuit high school. He has continued to conquer new challenges to this day because of his love for strategies and sports. In 2016, he created the Miami Legacy MLS team concept, including the name, color scheme, logo and uniforms, for David Beckham’s MLS franchise which was endorsed by AS.com and the Miami New Times. Later on that year, Adidas chose him as a global finalist for the Real Madrid 2016-2017 alternate jersey design, which led him to successfully networking with former Nike designer, now Adidas Creative Director, Marc Dolce.

It was then when Martinez realized he wanted to take his talents to the sports apparel world. From creating strategies for Puma basketball and StockX to designing uniforms for the Long Island Nets of the NBA G-League, he has dedicated 2019 to getting his foot in the door at Nike. After finishing courses in Sneaker Ergonomics at FIT in New York City, the latest concept he’s working on, his Jordan Z1ON line for NBA rookie sensation Zion Williamson, is a project he truly believes will show that he understands the sports apparel industry from every different perspective.

A competitive athlete who has also had tryouts with the LA Galaxy of the MLS and Delaware Blue Coats of the NBA G-League, Max Martinez is a true conqueror and go-getter. He has proven he is more than just an athlete. Martinez believes his elite work ethic and versatility are what make him the best.