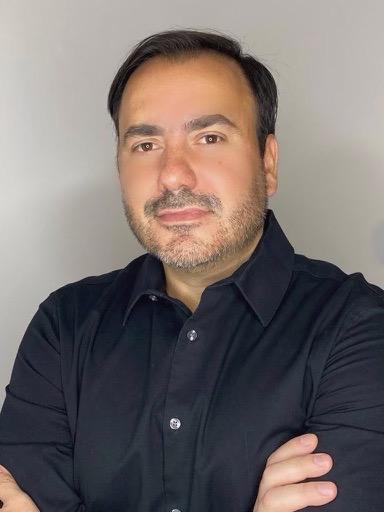 The world around us is a place with so many changes in all areas–political, economic, cultural, scientific, social–that it is crucial to be accurately informed at all times. It is important to follow information that comes from reliable sources, media outlets that do not distort the truth, and from credible journalists and broadcasters.

“I am the founder of important portals such as Caraota Digital, Caracas On the Rocks, and the Acción Poética Frases movement based in Miami, Colombia, Chile, Argentina, and Venezuela. With all this, I have amassed more than two million followers on social media.” Bily shares.

Since he was very young, Bily has been a lover of the media and, above all, of the truth. He feels strongly about the fact that informing and being informed is a fundamental right for all human beings and society.

Around 1999, Bily got his start in the media industry in the city of Caracas, capital of Venezuela, through radio, print, and television. Since then, he has come a long way, always focused on truthful information.

“I created my first digital media in 2000 called Caracas On the Rocks dedicated to the happenings of the world of show business and entertainment in Venezuela. In 2014 we began to give life to one of the most important news portals in Venezuela and with great international recognition. We were always focused on the right to truthful and timely reporting of local, national, and global events.” Bily explains.

Through it all, Bily encountered various challenges, which he was able to overcome thanks to his mentality. He believes that it is crucial to believe in yourself and to be focused and positive in the face of any misstep.

“There are different types of challenges when starting a business. Beyond the economic, there is the personal challenge–you need to believe in what you do and persevere despite what others say. The first challenge is believing in yourself, then come all the others. To face them, it is important to be mentally willing to achieve your dream and materialize it.” Bily says.

The biggest obstacle in Bily’s career has been dealing with the imposition of censorship in Venezuela. This often translates to website blockings and persecution of journalists.

Fear has always existed and will always exist. But for many, it can be a beneficial opportunity–it can either stop us or push us to achieve our goals. In Bily’s own words, fear is:

“A barrier that must be passed to achieve success.” Once you cross that barrier you can achieve success which Bily defines as, “The realization of all your projects. Whether it is big or small, it doesn’t matter. What matters is it fulfills you and gives you personal satisfaction.”

Throughout his career, Bily’s capacity to innovate has characterized him and differentiated him from his competitors. He has been recognized with different awards inside and outside Venezuela, such as the Mara de Oro, the Premio Mar de Plata in Argentina, the international Tacarigua de Oro, among others.

“What differentiates us from others is that we are innovating, we are lovers of creating and offering quality.” Bily states.

Bily’s future projects include continuing to expand internationally with great audiovisual content. He is planning to create a new medium in Mexico and will continue positioning content in the United States.

“We will also continue fighting to show the reality of my country at an international level and to keep Venezuelans informed, inside and outside our territory.” Bily adds. “I was actually a part of the coverage of the 2017 protests in Venezuela because although I work as part of the board of the media outlets, my passion is journalism.”

Find out more about Bily and his work here.

How To Start an Ecommerce Business By Ludovico Apollonio