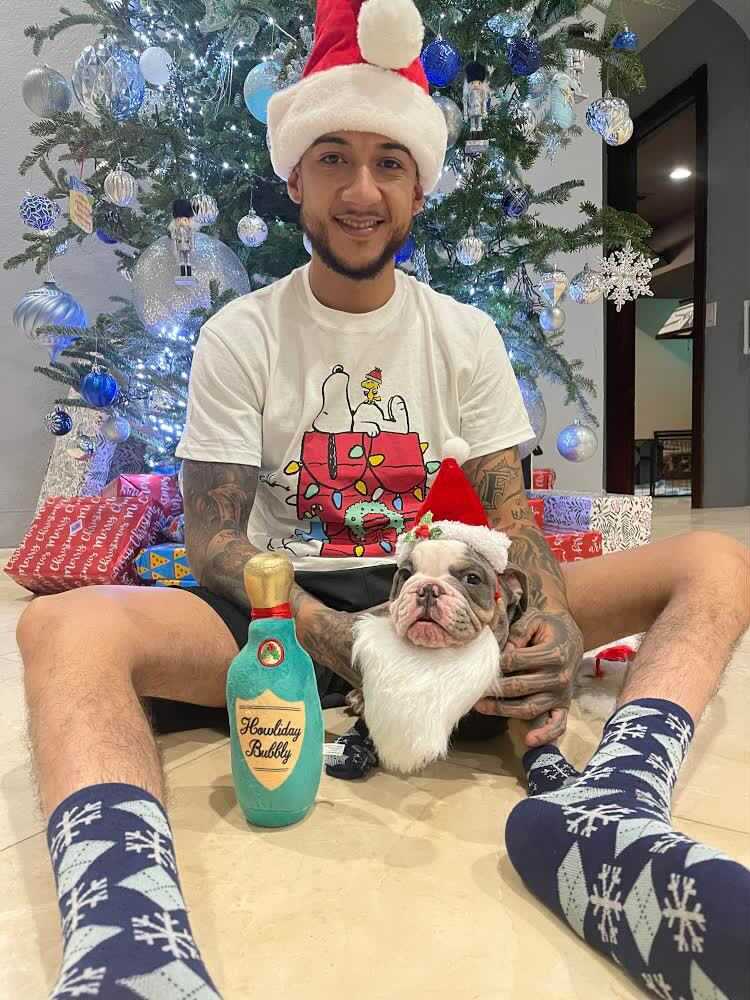 French and English bulldog breeder, Bryan Perez, overcame incredible hardship to get to where he is today. From a troubled childhood to disastrous teenage years ending with a drive-by shooting that left him paralyzed. Eventually, his love for puppies gave him the opportunity he needed to escape the death spiral his life was caught in. “I learned about generational wealth and I knew that’s what I wanted for my future. Once I made it to high school, it was like being thrown into the jungle, you had to just figure it out. I’ve got myself into trouble a few times. That’s because I didn’t have a dad really to be around to show me proper guidance as a man. Yeah, I had a stepdad up until the age 17, which is when my parents separated. That is when I feel a little boy needs his dad more than ever; to show him how to be a man. So, as I grew up, I had to become a man on my own in the streets.”

Perez’s determination led him to church, where he rediscovered the healing and grace of God. During this time, he also formed a strong social network and bought himself a very special puppy. “I got myself a French bulldog to help with my mental therapy. I didn’t have a clue that I would eventually want to get into the breeding industry. I got my first male dog, but I also wanted to get a mate for him, so I eventually got myself a female dog to accompany him. That’s when I realized I wanted to breed dogs. I knew I had a time, space, and dedication. Yet, I still didn’t think of breeding dogs on the scale that I do now. I was soon inspired to create a kennel.

My inspiration came from a horse kennel.”Perez strives to give his puppies the best home he can and works to remain within his means so as to never compromise the care of the dogs. “We produce exotic English bulldogs and French bulldogs. We have an enclosure for the dogs with a 10 x 25 doghouse that we have insulated with sheet rock and put an AC splinter to make sure our dogs are kept in a well-maintained and clean environment. It brings me happiness that I could make someone smile and bring joy to someone with one of our bullies. I also enjoy being able to interact with a man’s best friend. Dogs need us and the fact that I am needed by them makes me feel good when I go above and beyond to provide each and every one of our puppies a safe and forever home.”

Perez’s clean kennel is modeled on the belief that you should only work within your means when it comes to taking care of living creatures. Check out his website here to see if any new puppies are for sale or just to catch up on the social media of sold dogs.

On The Cutting Edge Of Advanced Technology, Dr. Abdalla Kablan Is Forging Ahead And Expanding The Horizons Of AI In The Arabian World