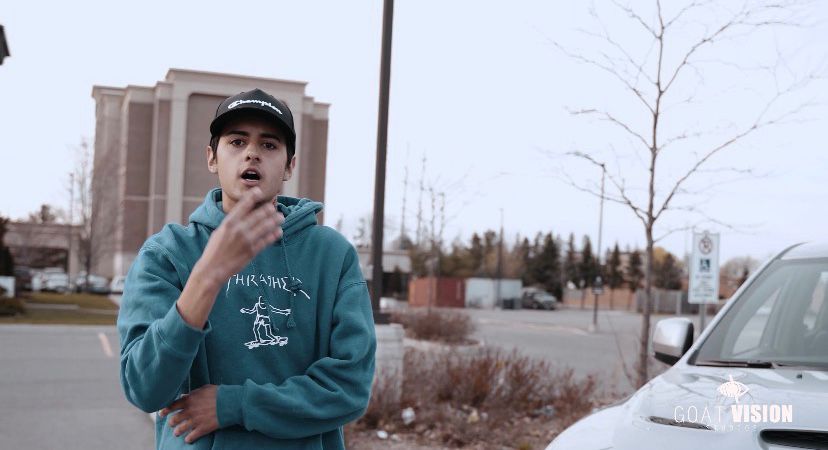 Every dream of a young artist is to become successful. The ultimate end goal is for the music to inspire and tell a story that your audience can relate to. The hardest part of the music industry is gaining a following and maintaining a consistent audience. This is definitely not an issue for the aspiring songwriter and rapper, Dylan Rem – known by his stage name “Yla.”
Dylan was born on April 21st, 2002 in Ottawa, Ontario. Growing up Dylan would often freestyle and listen to instrumentals; this is how he found his passion for music. Fast forward a few years later, Dylan is now one of Ottawa’s most promising young artists. Now, the 19-year-old has released a single, “Making Enemies”, which talks about how Dylan is making enemies from doing the things he loves. “Fuck making friends, im making enemies, cant let these haters get to me”. When asked why he chose those lyrics, Dylan replied,“ These days people look for any reason to hate on you. Ever since I started making music I’ve made more enemies than friends. The only reason I’m getting hated on is because people hate seeing me do better than them. You will never succeed with a mentality like that.”
Not only is being an artist in Ottawa is exceptionally intense. Individuals go from cherishing you to abhorring you in a matter of a day. Rapper Night Lovell also shared his thoughts on Ottawa’s music scene during an interview. “ I remember releasing my debut album, at the time I believed I was independent. I went from getting love from everyone and I mean literally everyone to being shunned on as if I was a homeless person begging for money. No disrespect to homeless people though. At that moment I knew I had to leave Ottawa to further benefit my career, so I did so.” Lovell said.
With every one of the difficulties and hardships Dylan wont let that stop him from chasing his dreams. While he has made a name for himself in his city, his inspirations for the tracks pull from all different genres. Among his musical inspirations include Drake, Duvy, Turky and Yungcudii. Other standout singles of his are “Nightmares ” and “Count it up,” both of which have surpassed one thousand streams. “I live in a city where people are ruled by jealousy. Your own friends can be praying for your downfall. You just gotta be aware of that and continue to move forward.” Yla quotes.
Stay on the lookout for YLA!.
Message to your fans:
“Always take risks to become the best version of yourself”.

Social Media Expert “Chris Chung” Is In the Headlines with His Revelation On Digital Flux….

Speaker Has the Ear of Thousands of Entrepreneurs