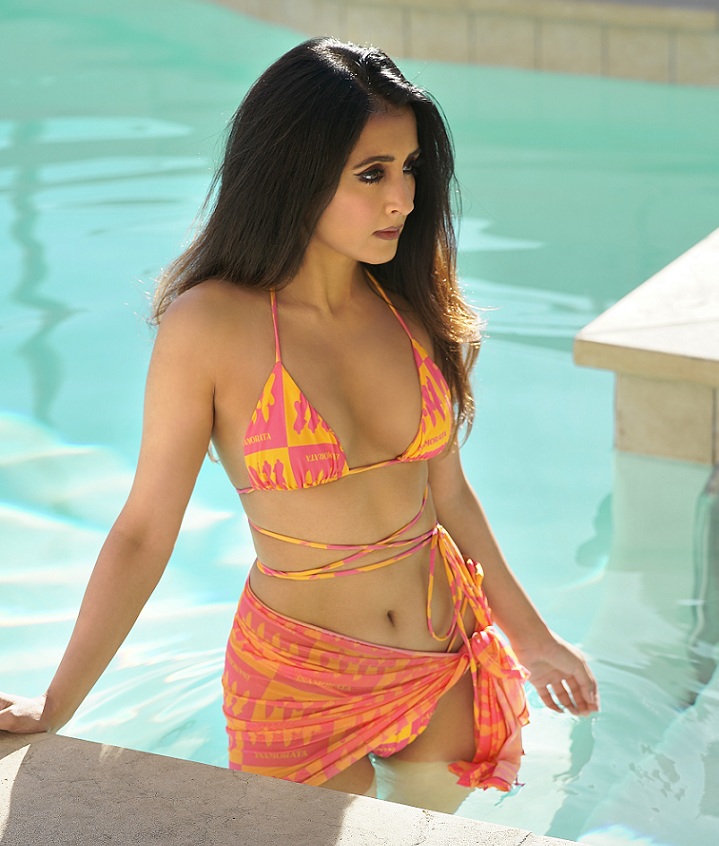 Today we will talk about an emerging talented British-Indian actress – Demi Mann. Born and grew up in London, Greenwich, currently She lives in Los Angeles, CA but she is proud of her heritage and still thinks about British televisions, shows and movies.

Demi Mann has god gifted beauty and sensation to holds the viewer who watch her shows. However, the road to the Hollywood was not so easy. Like many other actresses, Demi had to pass from challenges and difficulty as she is from the typical culture where becoming an actress for girl is forbidden. In fact, becoming a Doctor was seen as a more suitable career choice, but her destiny bring her to Hollywood to be an actress.

Demi is not from a star family, so had to struggle initially. But we all know that the talent finds its way just like water. Being a talented and sensational actress, she got chances to play memorable roles in many shows and Television series. Demi graduated from the University of The Arts London and she then studied at the Royal Academy of Dramatic Arts in London. She continued her training in Drama performing in plays such as “Romeo & Juliet”, playing Juliet. She is an actress, known for Frank & Ava, and Skyfall. Mann is known for her powerful performances. Demi has got massive success and fame after the release of her movies and series. Critics and producers show her talent and that’s why she has multiple projects on hand now. In her recent interview, Demi said that, she is fascinated about magic, science and astrology. She would love to work in movies of science, space, and universe. However, she doesn’t want to limit herself in same genre.

She is busy auditioning for various TV series and films for big studio (like Netflix, Disney, abc, Amazon etc and network projects, and am currently been cast as the lead in Emergency: LA playing the lead role of Helen Dorsey.

Apart from shows and movies, she loves to cook. Demi prepares her favorite dishes whenever she has time. She likes to shop fresh ingredients and vegetables. In fact, that’s what we can easily see from her beautiful body. The more you love nature, the more nature will give back to you. That’s why after becoming successful actress, Demi works for charity for people in need.

How Heritage Watch Dealers Is Disrupting The World’s Watch Market