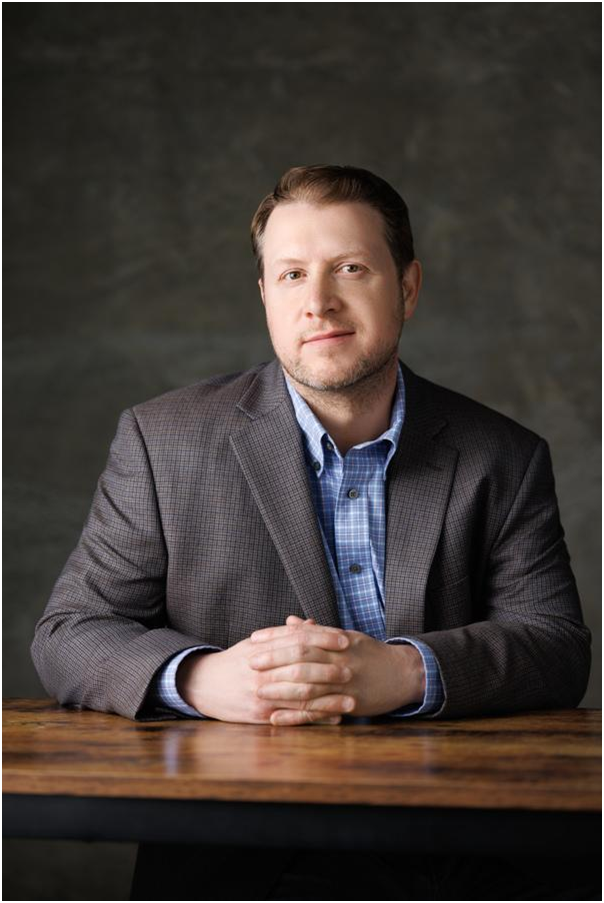 Erick Kuhni founded Benefit Sculptor, a technology company located in Provo, Utah, to provide business intelligence services to health insurance agents throughout the US who work with small businesses.

“I remember when my Dad came to me and said, ‘Erick, you ought to get your insurance license.’ I was just entering college and trying to figure out what I was going to do with my life. I had started a job at a call center selling credit cards, and nothing about selling insurance was appealing to me, but three months later, I knew for sure that I didn’t want to be selling credit cards. I was selling the American Express small business card. Small business has been the constant throughout my career. If the universe has a calling for me, everything has pointed at the idea that my job is to serve small businesses. Selling Credit Cards wasn’t working for me; I felt like there wasn’t any meaning in it. So at that point, it became an easier decision for me to take my Dad’s advice and get my insurance license. I began working in my Dad’s company, and I worked there for about seven years,” shared Erick.

He went on to say, “Seven years later, I felt the same way about insurance as I did about selling credit cards. I knew the routine, I knew the industry, but it felt meaningless. Most of my work was centered around manipulating excel spreadsheets to communicate health insurance information to the employers I would be meeting with. My job at this stage was to work with about sixty small businesses to help them manage their employee benefits package. I would help them make decisions about which products to buy, how to set up payroll and how to help their employees with their coverages. So I was always creating a new spreadsheet to try and communicate something to these employers and employees. In fact, I ended up becoming the “spreadsheet guy” in our office for the senior partners who didn’t want to spend their time creating reports. The problem was that regardless of what I did to manipulate the spreadsheet, the information was always too confusing and frustrating for my clients. This left me feeling equally discouraged because I felt like I was letting my clients down. Because of this, in my mind, I was always looking outside of my industry for something else that would give more purpose to my work. I also wanted to do something that was more stimulating and interesting.”

“While this was happening, I was also going to school in the evenings, chasing a degree that was equally hard to decide on. But something happened in college in my late twenties; through some statistics courses, I was introduced to computer programming, or more specifically, statistical computing, through programs like R and GNU Octave. My mind exploded as I began to see the possibilities for applying these tools in that “boring” business I was trying to get away from. I found renewed interest when I discovered how I could create databases and integrations with programming languages to write reusable code and create dynamic dashboards to manipulate data in ways that made more sense to me and the people I was working with. A few years later, I started a company called Benefit Sculptor that delivers these same programs which I had built for myself, through the web to serve employee benefits advisors that work with small businesses,” he continued.

Erick ended with, “I don’t consider insurance boring today, but that is due to the fact that I don’t do things the boring way anymore. There definitely is a boring way to do insurance, but one role of entrepreneurs is to identify ways to do things better. Technology was a game changer for me because it gave me the ability to innovate in an industry that I knew very well. But I have also developed a new appreciation for the years of boring work. In fact, I credit that more than the ability to write code as the greatest differentiator. In my work, I speak to tech developers fairly regularly who want to disrupt the insurance industry, but quite often, I find that they don’t really understand the industry well enough to make real improvements. They understand the tech, but not the industry.”

Erick’s edge comes from his approach to disruption, creating innovation by learning the industry first rather than starting with a technological foundation.

“All in all, by changing the way we approach these traditional and overlooked industries, we can find high-impact opportunities for purpose-driven work. But this requires that we first spend some time in these industries so we can identify which innovations will have the highest impact. By throwing ourselves into the processes of existing industries, we can turn boring jobs into a laboratory of innovation. Who better to automate and improve upon the workflows of an accountant than an accountant who can write computer code! Entrepreneurs who approach the world this way can have a social impact because most of these long established industries already serve a lot of people. By improving the systems behind these traditional services, large numbers of people’s lives can be improved,” described Erick.