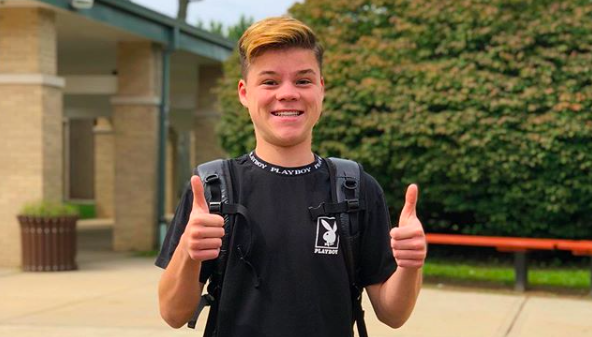 Jack Doherty is a 16 year old YouTuber who has 2.5 million subscribers on YouTube. His  most popular video, titled “I flipped all of these!”, has gotten over 26 million views. He posts videos that are pranks, challenges, and other funny videos. He is well known for his series where he skips school or gets kicked out of stores. His crazy stunts have catapulted his Youtube channel to success and changed his life.

Ever since he was a little boy, Jack knew he wanted to be successful.

His inspiration to start his own Youtube channel came from seeing other YouTubers posting crazy videos while having fun.

Because of his age, Jack faced many challenges when it came down to being taken seriously. He advises those looking to start their own business to not worry about what other people think.

For Jack, mindset was extremely important. because

Jack’s definition of success is being in a spot where he is happy and able to inspire others to be successful and take the risks they need to take in order to do so. To him it also means being financially free and being able to do what he wants.

Jack is constantly looking for ways to make his videos better, and this is what sets him apart from the competition. His originality and creativity with his content is what has gotten him to where he is today, and the following that he has.

Right now, Jack is working on taking his YouTube career to the next level. He is also learning e-commerce, and learning how to take profits from that. He recently bought a house as his first investment property at only sixteen years old, and plans to continue buying more.

Jack Doherty has catapulted himself into Youtube stardom through his crazy stunts and creative videos. As a sixteen year old self made millionaire, Jack has a clear view of what he wants for himself. He plans to continue growing, and inspiring those around him to not let anything or anyone stop them from doing whatever it is they want to do.